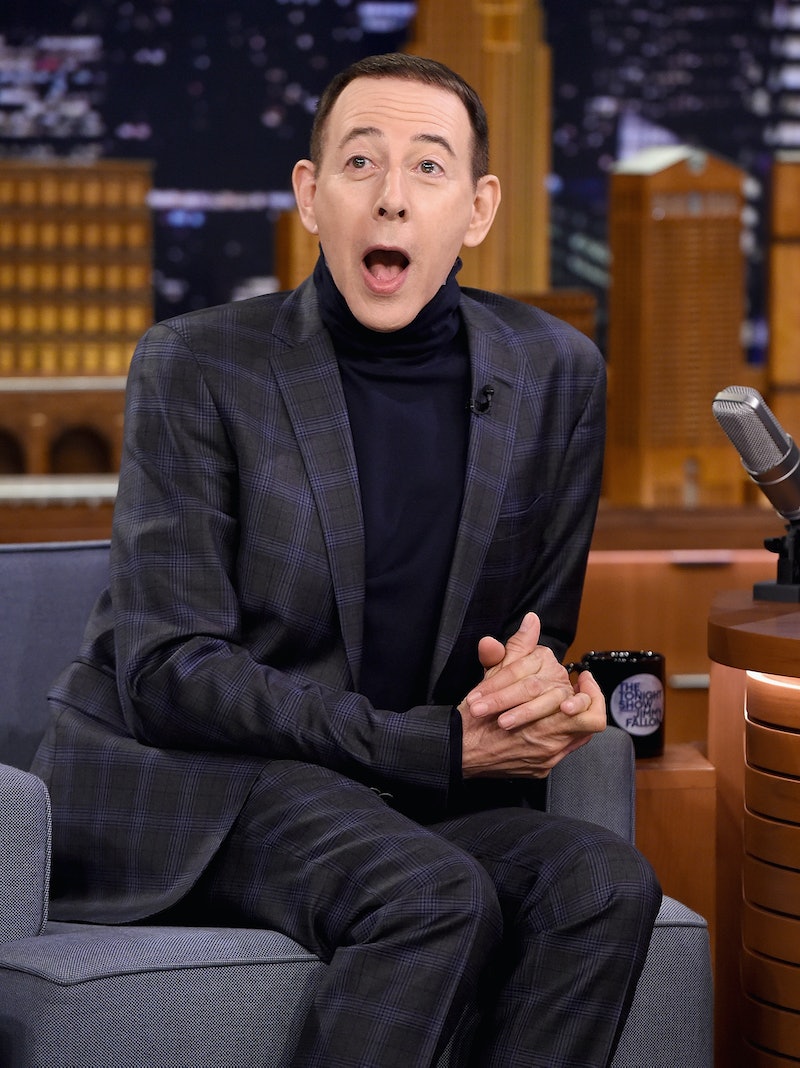 If Oswald "Penguin" Copplepot is your favorite villainous origin story on Gotham, then get ready for some fun new insights into his background and character. Some exciting and deliciously campy new casting was announced at NYCC during the Warner Brothers Television Takeover panel with the cast and creators of Gotham. The "King of Gotham" is getting a new family member and none other than Paul Reubens will be Penguin's father on Gotham. The actor, also known to fans everywhere as Pee-Wee Herman, will debut in Season 2.

To break the news, the executive producers let Robin Lord Taylor himself take the mic and his enthusiasm made it easily a highlight of the panel.

"So we are all familiar with Oswald's mother, the fabulous fabulous Carol Kane. We don't know a lot about his father... until well... we just found out that I do have a father and he will be showing up and he will be played by Paul Ruebens! [...] He's playing my Dad. What the Hell. Oh my God. I can't you guys, I can't. PEE-WEE HERMAN IS PLAYING MY DAD!"

This is not only awesome news (and perfect casting — they look so similar), but significant to the Batman canon and universe. Ruebens played The Penguin's father in Batman Returns as well. In the film, Tucker Copplepot was an abusive father. He was a wealthy, refined man who didn't take too kindly to his son's condition and attitude. He threw him into a river, and baby Oswald was carried home by escaped penguins from the Gotham zoo. That doesn't quite fit the tone of Gotham, and given what we already know of Gertrude Kapelput's eccentricities and accent, I would expect something different this time around.

This is going to be a challenging season for Oswald in general after he's played the game and climbed to the top of the power ladder — that's not exactly the easiest thing to maintain. The panel also assured fans that we'll be seeing more scenes between Penguin and Riddler that were partially inspired by positive fan reactions to their meeting scene in Season 1. Robin Lord Taylor also expressed enthusiasm about interacting with "the proto-Ridder and future villain," while almost everyone at the NYCC panel gushed over Corey Michael Smith and, as moderator Damian Holbrook from TV Guide put it, "the man in the mirror can get it." We'll also see more between Penguin and "Batshit Barbara." The villains really are rising on Gotham and this family connection is going to make it very fun.