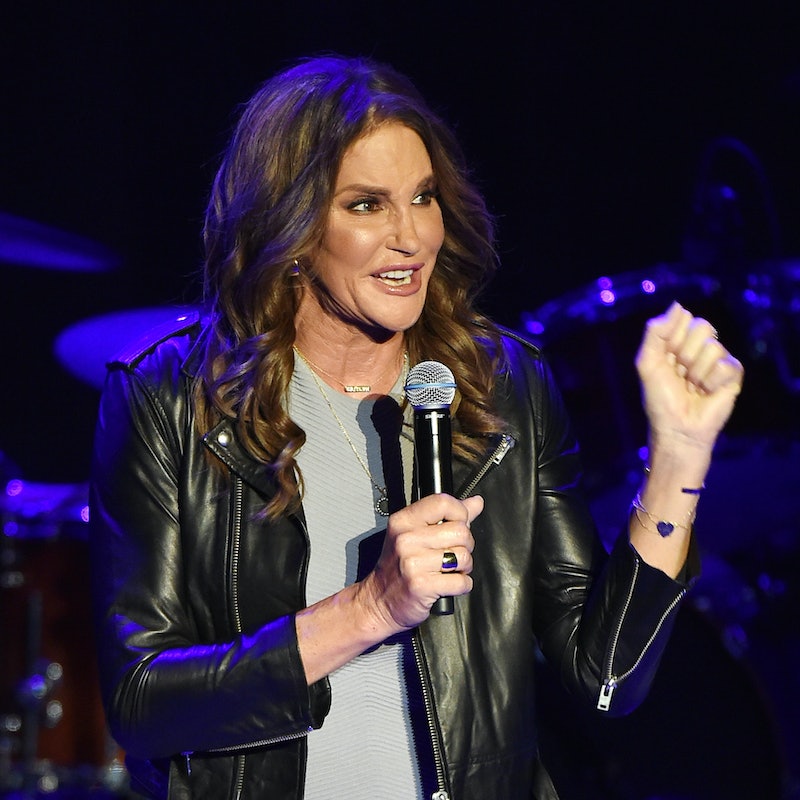 When we last left my favorite family ever on Keeping Up With The Kardashians,things weren't looking so good between the Kards and Caitlyn Jenner. In KUWTK time, Caitlyn's Vanity Fair coming out article had just hit newsstands, including her not so nice comments about Kris. Needless to say, Kris was beside herself and the girls obviously felt defensive of their mom — especially Khloe, who took it so personally that she immediately shot off a text to Caitlyn about how unimpressed she was. But in this week's episode, Khloe and Caitlyn finally met up in person and managed to settle their feud.

At first, though, it definitely didn't seem like she was going to do it. Kim had already talked to Caitlyn about the issue, and it sounded like she was just being stubborn about apologizing to Kris. But then? While Khloe and Kim were discussing the whole thing, they noticed Caitlyn tweeting about how much her marriage to Kris meant to her. And even though it wasn't exactly the heartfelt apology they were looking for, it showed that at least she was trying. So Khloe finally went out to Malibu to see Caitlyn's new pad, and although she showed up with her guard up, they did manage to make some progress. Finally.

Caitlyn was open about the fact that she felt like she had to hide herself while she was married to Kris, and now all the freedom she's found in being herself has made it easier to forget the good times she had with Kris. And once she was able to apologize to Khloe — which she did without much hesitation — Khloe encouraged her to apologize to Kris, too. It's not something we saw on screen, but judging by the heart to heart she and Kris had on I Am Cait, it definitely sounds like they were able to come to some sort of agreement.

The good news? In the previews for the next part of this season, it looks like Caitlyn will finally be part of the Kardashian Klan again, and it's so wonderful to see. The family obviously needs to stick together now more than ever, and hopefully, they can wholeheartedly support and love each other like they once did.