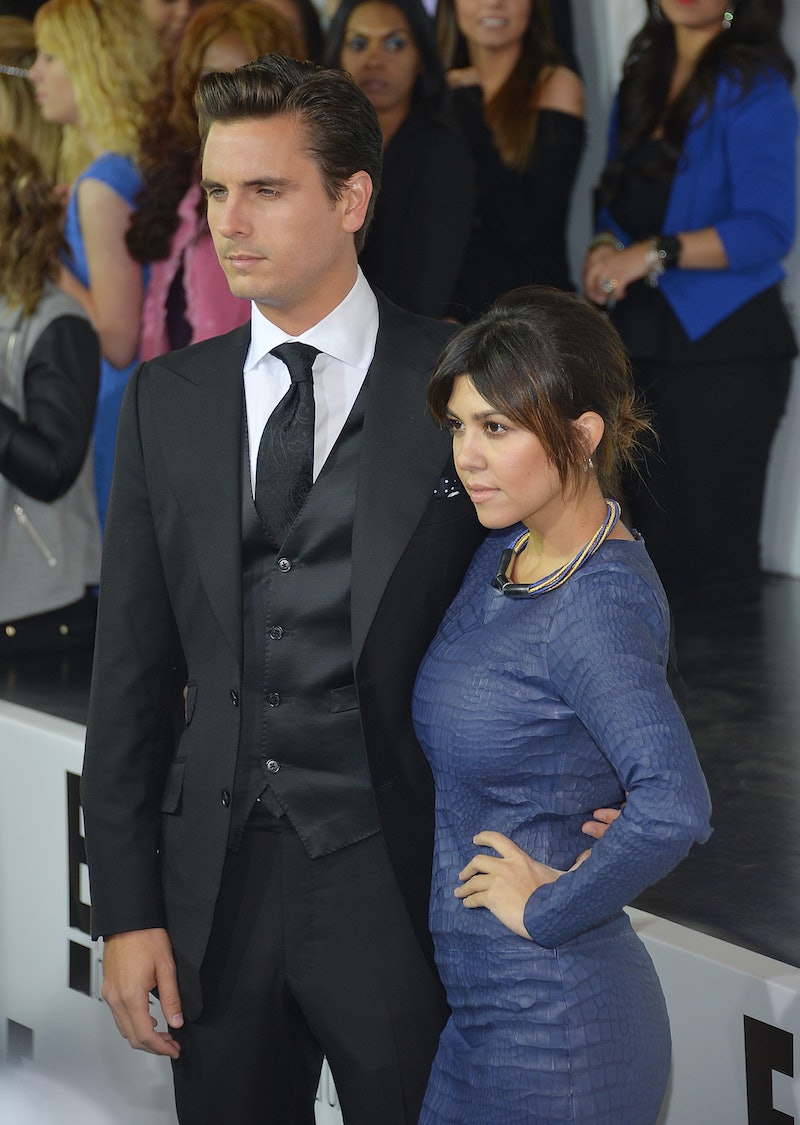 Though every season of Keeping Up With the Kardashians is generous with the drama, emotions run uncharacteristically high in the newly released preview clip for the next season of the hit E! show. Because in addition to typical Kardashian shenanigans like Caitlyn Jenner wanting to screw with the paparazzi and Kim Kardashian saying things like, "Can you wet the nipples?" the cameras were there to capture the breakdown of Scott Disick and Kourtney Kardashian's nine-year relationship. And for the first time since the viewers (and the rest of the Kardashian-Jenner family) learned of Scott's alleged infidelity, we got to witness Lord Disick showing some genuine emotion about the situation.

After the preview showed clips of Scott packing and moving boxes (presumably him moving out of his home with Kourtney and their three children), the 32-year-old sat down for a serious, no-holds barred talk with the family.

"It's been a really hard time, going from having all of you guys to having nobody," the normally jovial Disick reveals in a moment of true candor, getting visibly choked up as he addressed Kourtney and the rest of the family.

"You forget what happens when you're on a binge," Kourtney replies.

"I f*cked up," Scott says, owning up to his mistakes. "I made the worst decision I could have ever made in my life."

Though Scott does not address what "the worst decision" actually is, it is safe to assume that he is either talking about his alleged infidelity — a subject that was discussed by the Kardashian women on Sunday night's Season 10 finale of KUWTK — or his decision to begin drinking again. The reality star, who has three young children with his ex, has often taken to Instagram since the split, occasionally detailing his emotions in a series of depressing and telling captions (like this one below):

Still, it was this moment on the KUTWK Season 11 preview that gave viewers the first, genuine inside look at life in the Disick-Kardashian split, showing strong emotions from both sides that aren't always present on social media. As difficult as it is to watch, it is most likely vindicating for Kourtney and viewers alike to see Scott break down, own up to his mistakes, and admit his faults — even if the words weren't ones that anyone wanted to hear.

All too often, the "reality" in reality TV is so heavily produced and edited to the point where it is all just a series of very carefully orchestrated moves — so while I deeply wish this wasn't happening to Kourtney and her family, it is actually refreshing to see genuine emotion and a shockingly open reaction from Scott that clearly comes from his heart. And though time will tell if he will ever truly seek the help he needs and if the two will ever reconcile, owning up to the situation and being honest about his feelings is an important first step.