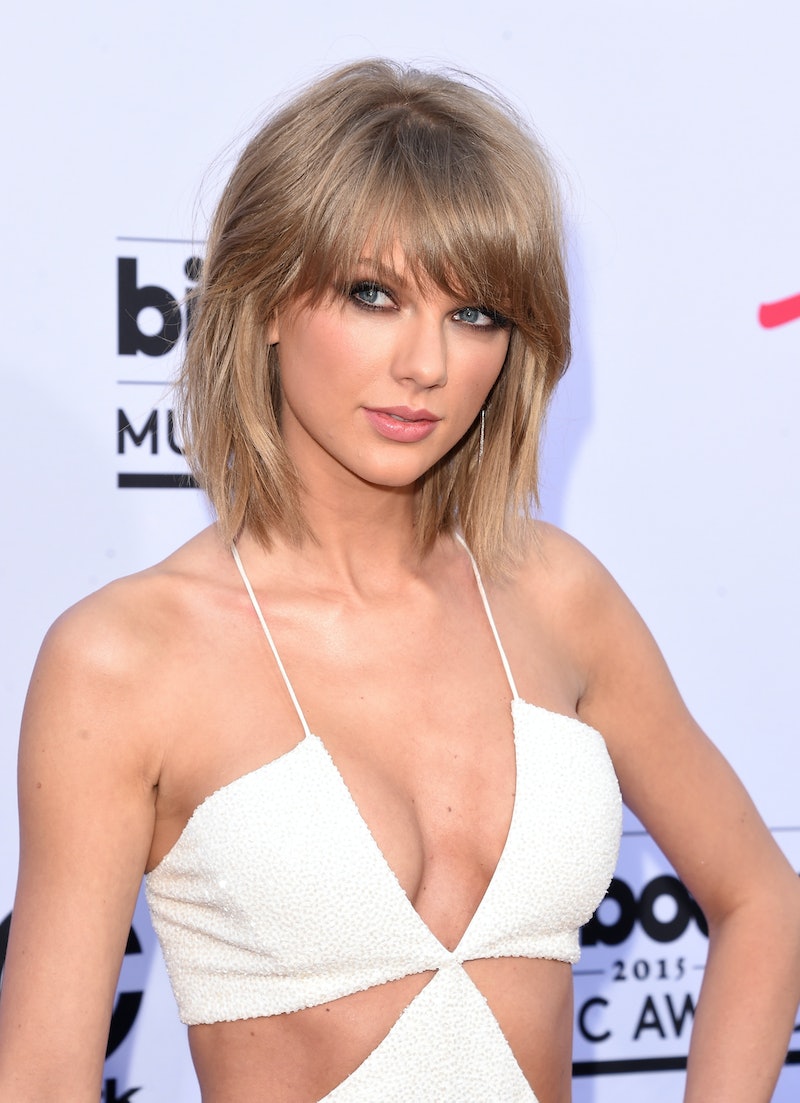 I wasn't totally sold on their relationship at first, but over the past few months, I've come to love the couple that is Taylor Swift and Calvin Harris. They're adorable together, and it sounds like Harris is the first guy in a long time to make Swift happy. So what about these rumors that they're breaking up? Word on the street is that Tayvin has decided to go their separate ways, but for the most ridiculous reason ever. So what's the truth? Did Swift and Harris break up? As far as I can tell, it seems they're still together, so don't sweat it.

It all started with this Radar Online report that Swift and Harris broke up because Harris visited a Thai massage parlor. That sentence in itself is pretty nuts, and we aren't even talking about what supposedly happened yet. But apparently, Harris cheated on Swift at the massage parlor. The evidence: A "source" says the parlor only charges $40 a massage, and Harris could afford a way more expensive salon, so clearly he went there to cheat. The logic here is confusing, because it supposes that this is a massage parlor that offers a "happy ending," and it also insinuates that Harris having a lot of money means he's "above" patronizing certain establishments because their prices are low. I can guarantee you that if I suddenly came into money, I wouldn't stop going to Target. In fact, I would probably go to Target more.

This is a photo of Harris both leaving the massage parlor and probably thinking about how ridiculous this story is:

Reportedly, Swift was upset when she saw the paparazzi photos of Harris leaving and then accused him of cheating because he has his own masseuse on staff so obviously if he's getting a massage somewhere else, he's cheating, right? This was enough for Swift to call the whole thing off — except I'm pretty sure she didn't, because everything seems to be just fine between them. There have been other reports that Swift is planning on bringing Harris to Nashville for Thanksgiving, a holiday he typically wouldn't celebrate since he's from Scotland, and Harris has still been favoriting Swift's tweets as usual, including the one she posted about her GQ cover.

Don't stress out about Harris and Swift, guys. It looks like everything is fine, which means there's plenty more of adorable photos where this came from:

More like this
The Ticketmaster Senate Hearing & Taylor Swift Tickets Debacle, Explained
By Jake Viswanath
Zach Gilford Admits He Forgot Taylor Swift's Name When He Starred In Her Music Video
By Jake Viswanath
Everything To Know About The 2023 Grammy Awards
By Jake Viswanath
Watch Kelly Clarkson Sing A Taylor Swift Breakup Song About A Toxic Relationship
By Alyssa Lapid
Get Even More From Bustle — Sign Up For The Newsletter
From hair trends to relationship advice, our daily newsletter has everything you need to sound like a person who’s on TikTok, even if you aren’t.