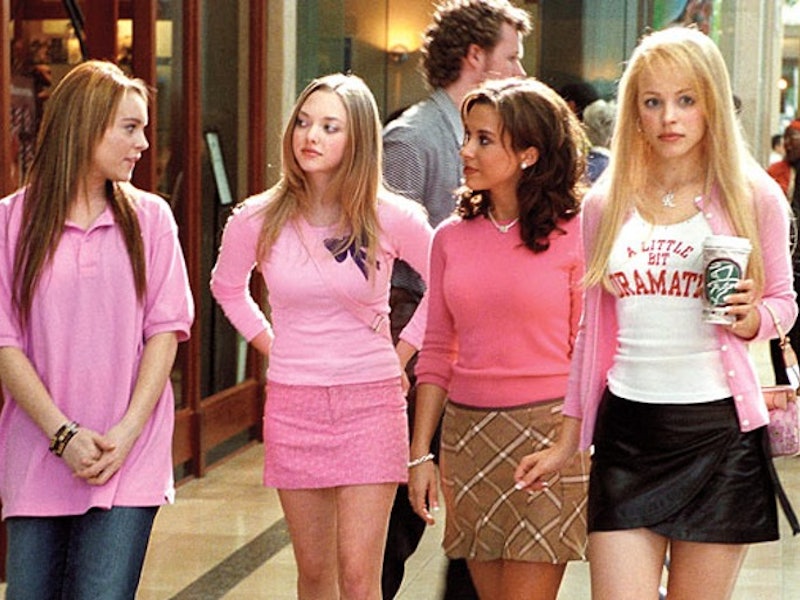 If you're like me, you've recently graduated college and suddenly, you are feeling inexplicably too old and too young at the same time. Even if you're not like me, you've probably experienced Peter Pan syndrome your fair share of times where you just feel like you never want to grow up as you cling the relics of your childhood with an ironclad grasp. Though the fact that we're growing up can't be avoided, that doesn't mean we can't till love the things we loved as kids. There's nothing wrong with indulging in gems of years past, like, say, re-visiting the 2000s teen movies we loved back in the day.

I am a creature of habit. I don't like to try new things. So what does this mean? I endlessly re-watch things I've already seen, even movies and tv shows I loved when I was younger. In re-visiting the movies of my youth, I usually have one of two reactions: "Oh my gosh there were so many hilarious adult jokes I missed when I was younger, what a great movie" or "Oh wow this is so much dumber than I remembered it being... and yet I still can't bring myself to stop watching."

Whatever your response might be to the movies of your teenage years, one thing is for certain: they are super fun to re-watch. In case you need some 2000s inspiration to inject into your Netflix queue, here are 21 2000s teen movies that you need to re-watch as an adult.

Bring It On will literally never get old. This is an eternal classic with one-liners that I still find myself using to this very day.

Take a shot every time you find yourself using a Mean Girls quote in everyday life. You'll be drunk basically all the time. This movie will be eternally epic.

This will make your heart hurt because of how much you miss the old, wholesome Amanda Bynes.

This movie inspired my best friends and I to have a communal shirt we passed amongst us (even though we lived in the same city) and I would be willing to bet we weren't the only friend group out there to do so. Worth the re-watch for that hot guy Alexis Bledel dates in Greece. Oh and that hot guy that Blake Lively dates at camp.

I. Freaking. Love. This. Movie. Sooo many great one-liners and Jamie Lee Curtis and Lindsay Lohan absolutely nail the body-swapping. Not to mention that the songs played by Pink Slip in the film are super dope. Seriously, go listen to "Ultimate" and tell me you don't love that.

We couldn't help but love this movie when we were younger and that hasn't changed now that we're older. This movie still carries a particularly poignant resonance for those of us who feel increasingly like we are children trapped in an adult's body.

I'm still not sure quite how this because such a hit but one thing I am sure of is that this movie is still just as weird and absolutely hilarious as it was when we were teenagers.

Anther movie with a soundtrack that I embarrassingly love. Not a great film but entertaining to the last minute. Also, hearing Hilary Duff's Italian accent throws me for a loop every time.

#tbt to the pre-posh Anne Hathaway. The cheese factor in this movie is pretty dang high but watching Mandy Moore as the snooty Lana and Eric von Detten as douchebag Josh Bryant is hilarity enough to re-visit this throwback.

The film that inspired young girls everywhere to aspire to be ballerinas until they realized how hard ballet was.

The video that single-handedly inspired kids everywhere to Model U.N. because the movie makes it seem so fun. This film is also worth it solely for the hilariously awkward dance scene.

Save The Last Dance's close cousin, Center Stage was a big hit back in the day and I bet you will still love it now.

Though this film skews a little upwards of the 'teen movie' category, The Sweetest Thing is, in my opinion, a highly under-rated movie. The film is a bit ridiculous but the dialogue and chemistry between the lead actresses just feel so genuine that I can't help but love this movie even as an adult.

I don't want to burst any bubbles here... but if you re-watch this one, you might be surprised at just how bad it is. You will still love it because, nostalgia, but the quality might not be quite how you remembered it.

You probably remember this movie as being a harrowing tear-jerker of a film. What you probably don't remember is just how horrifically cheesy it is. Worth the re-watch for entertainment factor alone (and for Mandy Moore's floor length denim skirts).

Definitely an acquired taste but if you can handle an extended period of Rob Schneider, then this one will definitely still tickle your funny bone.

This group of women was my #squadgoals before #squadgoals was a thing. They were all very different and unique but overcame their differences for sisterly solidarity. Also, Jesse Metcalfe in a man thong.

Like you need to be told to re-watch Superbad.