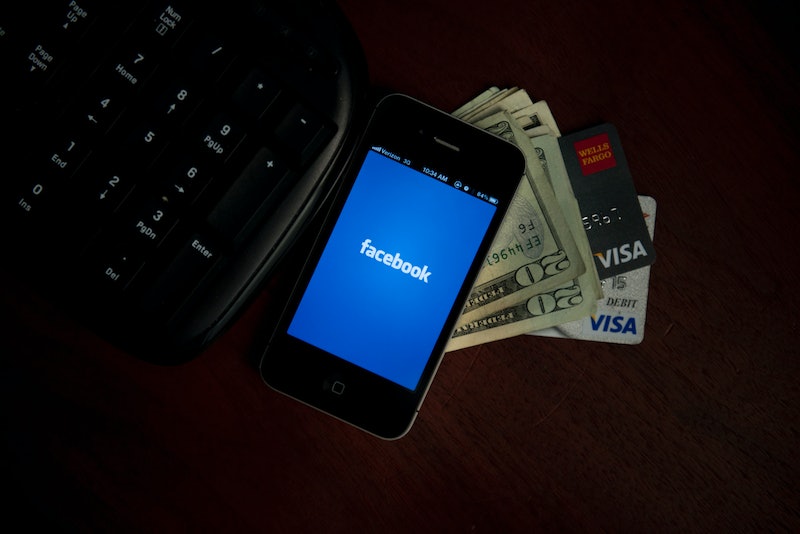 As if Facebook wasn't trying to stalk us enough, they're about to take our "likes" to a whole new level: Facebook is testing a "shopping section" for certain users in the United States. The feature will show up as a bookmark under the "more" tab, and will feature products that are chosen for the user based on the pages that they've "liked," according to WWD.

I remember maybe a year ago when I started noticing that things I had been Googling were somehow showing up on my Facebook newsfeed, like that one time I Googled "square toed shoes" as a joke, and my timeline was suddenly filled with these grotesque disasters. I'd look at a pair of boots I was potentially interested in, and forget about them, until Facebook sneakily placed an ad for them right below the trending topics. Who are you, and how do you know what I'm looking at?

Now, this new type of personalized attention is taking another step forward. Facebook is about to turn from just the regular 'ol social media network to a shopping hub. So essentially, you could stalk your ex's-friend's-mom's-sister's-new boyfriend and shop for your favorite items at the same time.

So how does it work, exactly? According to WWD, "The products on the Shopping bookmark will be culled from the businesses that have begun testing the Shop section on individual pages, starting with apparel and accessories. The difference is that all the products will appear in one place." Pretty snazzy, right?

Facebook also unveiled a new feature called Canvas, which they began to test in September. Basically, when a user clicks on a Canvas ad on their News Feed, a larger window pops up (still on Facebook, though) that lets them look through merchandise before "clicking through to a retailer's Web site to purchase the item," according to WWD. Michael Kors and Mr Porter are just a few of the retailers that have begun to test the feature in September.

More like this
Using Your Pet’s Name As A Password? Here’s Why You Might Want To Change It
By Cristina Sanza
The Universal Appeal Of Maison Francis Kurkdjian Baccarat Rouge 540
By Audrey Noble
What Is A “Softboy?” The TikTok Term & Aesthetic, Explained
By Courtney Young
Why Are TikTokers Slapping Each Other With Tortillas?
By Courtney Young
Get Even More From Bustle — Sign Up For The Newsletter