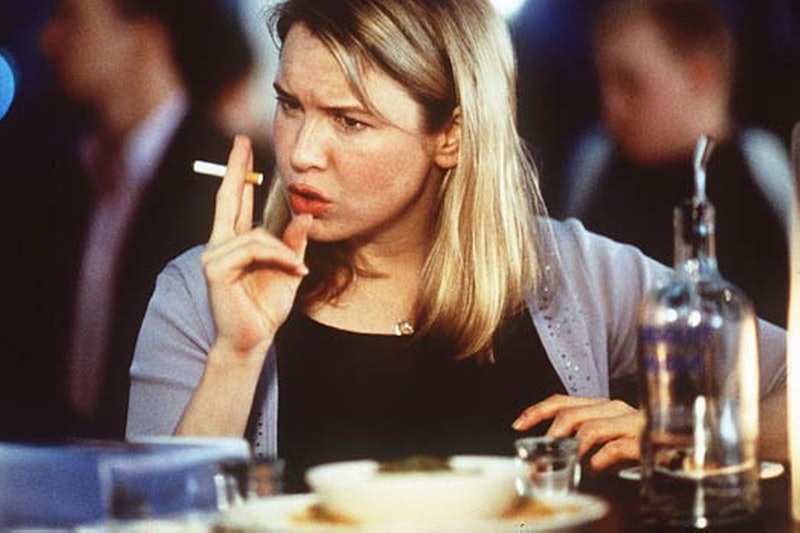 It’s been 15 years, two great love stories, and countless bottles of wine since the character Bridget Jones first came into our lives. And, just in case your DVD version of Bridget Jones' Diary (which is, of course, based on Helen Fielding's 1996 novel of the same name) is starting to skip in all of the best places — specifically when Bridget drunkenly sings Eric Carmen's “All By Myself” on New Year’s Eve, because who hasn’t put that song on repeat after a breakup? — I’m happy to inform you that the heroine of all of our awkward dreams is returning to the big screen. It was announced officially on Tuesday that the third film in the Bridget Jones franchise, Bridget Jones’s Baby , will be released on September 16th, 2016. And, lucky for us, it was announced that Renée Zellweger and Colin Firth would also definitely be reprising their roles as Bridget and Mark Darcy. Praise all that is British and good!

In case you couldn’t tell from the title, the third installment of Bridget Jones’ life will revolve around the young Brit finding herself unexpectedly expecting.

Of course, the minute I heard the premise of the new film, I started thinking of exactly how that would work. And by “started thinking,” I mean “legitimately worrying,” because the Bridget I remember can barely take care of herself — let alone an entirely separate life form. So, exactly what kind of mother would Bridget Jones be? Here are some of the things we can count on from Bridget as she embarks on motherhood for the first time.

Struggling Not To Drink

The once singleton is known for throwing back entire bottles of booze by herself. Something tells me that nine months on the wagon is not going to be an easy feat for her.

Being A Terrible Cook

I’m envisioning some sort of throwback to the first movie, but this time with Bridget trying to blend steamed vegetables for her baby’s first meal.

All Of Those Body Fluids

Bridget is clumsily adorable, so I’m imagining some pretty horrific moments for the first few months where there are more body fluids on her than there are on the baby.

I for one can not wait for the newest installment of Bridget Jones. Let the countdown to September 16th begin!

More like this
The 'Spiderhead' Movie Ending Is Nothing Like The Short Story It’s Based On
By Morgan Leigh Davies
9 Photos Of Margot Robbie & Ryan Gosling As Rollerblading Barbie & Ken
By Alyssa Lapid
What Does The Presley Family Think Of 'Elvis'?
By Arya Roshanian
Chris Hemsworth Joked That Baring His Butt In ‘Thor: Love And Thunder’ Was A “Dream”
By Brad Witter
Get Even More From Bustle — Sign Up For The Newsletter