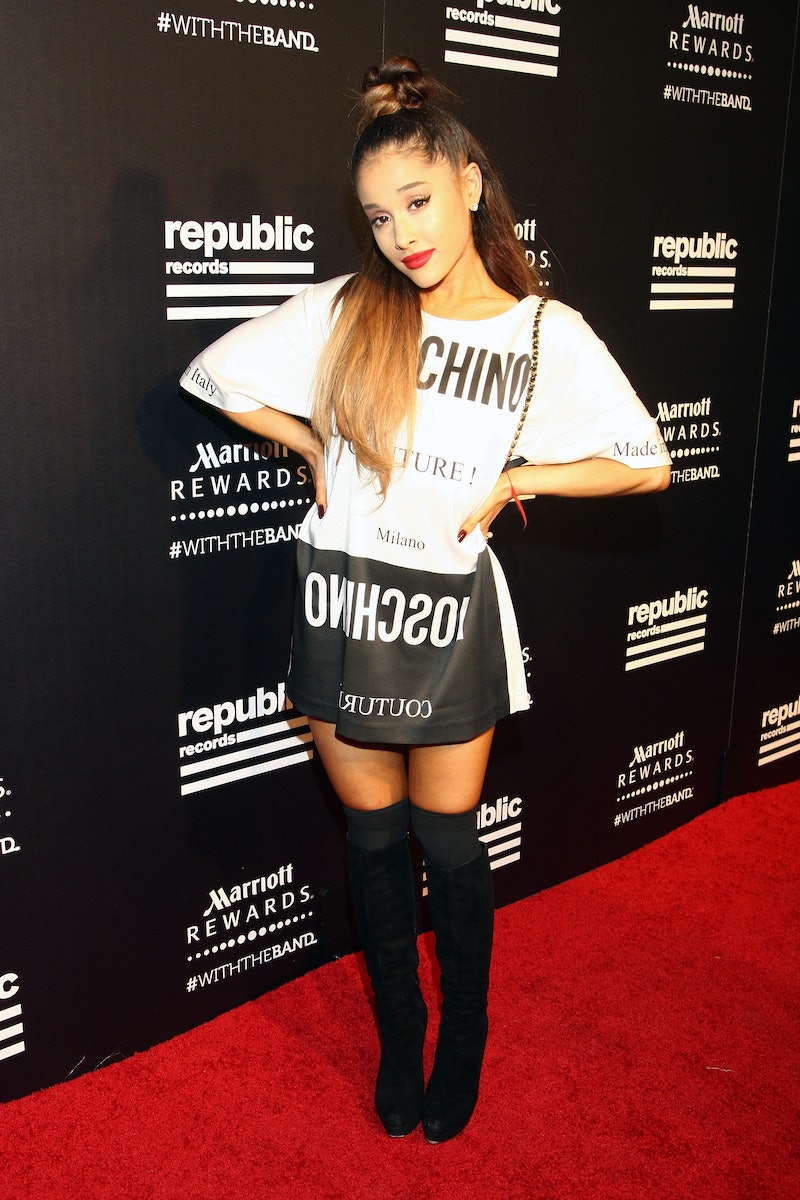 It's not clear whether Grande actually dyed her hair for the photo shoot or if she merely donned a wig and extensions. Anything is possible with her hair.

It's a super dramatic look for the petite pop powerhouse, since her thick, brown, secret-keeping hair is a source of much online chatter. But Grande has been all about the drastic hair changes lately.

A few weeks ago, Grande revealed her natural curls, which we hardly ever see, since since her coif is usually blown straight and assisted with extensions. It was refreshing to see her ditch the partial updo in favor of her God-given tendrils.

She's now thrown us for a loop with the bright blonde locks. Granted, her hair is still styled in her hallmark ponytail. But the Marilyn Monroe-inspired hue, paired with the extreme winged eyeliner and mega lashes, which are also Grande signatures, take this to a whole other, screen siren-like level.

Grande's skin is olive-toned, so pairing it with bright, white locks such as this is certainly a bold look. Will she keep it? Is it a one off? Well, we'll have to stan her Instagram feed and find out.

This may be the most striking and substantial hair change that Grande has rocked. But she does switch things up here and there.

She was still half up and down. But she went with a twisted topknot. It was so knotty of her!

This version of the partial pony was off to the side a bit.

Grande usually sports those adorbs, cat ear headbands. But this version showed off the mod-ness and the sheer volume of her mega hair.

Oh, hey Ari's curls! Where you been?

Grande's version of Princess Leia buns were on the top of her head, rather than the side.

See! Ariana Grande isn't solely about the partial ponytail that's both up and down. She does do other stuff with her hair, despite maintaining a definable signature. The singer remains a source of hair-spiration!