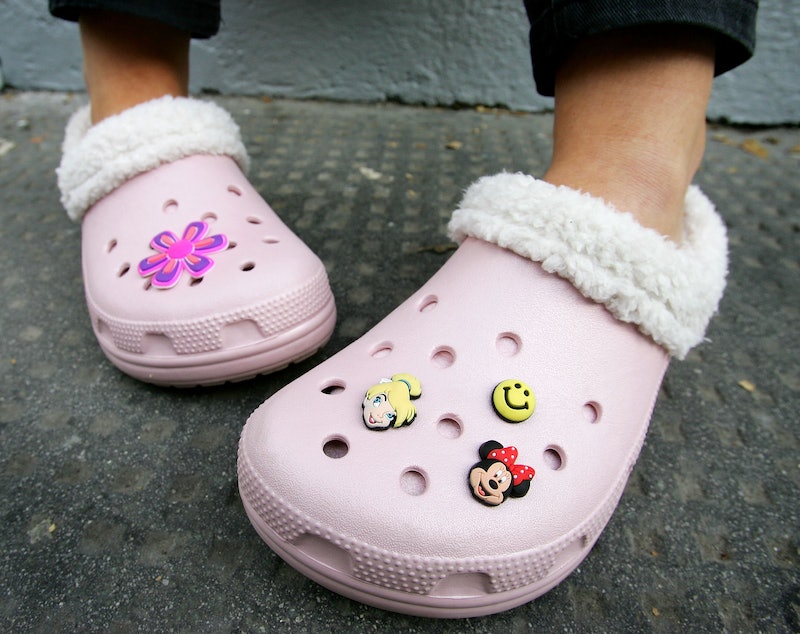 2014 is looking like a good year for the manufacturers of ugly shoes: The Blackstone Group just invested a whopping $200 million in Crocs, ensuring that these offbeat shoes aren't going anywhere in the near future. Blackstone's funding has given the company control over 13 percent of Crocs. A Blackstone representative issued a statement to the press that cited the investment firm's confidence in the Crocs brand and its recent expansion.

2013 saw the induction of comfortable shoes like Birkenstocks and the Céline furry heel into the elite echelons of street style, but Crocs occupy a different sector of the fashion industry. Debuting in 2002, Crocs became an unlikely sensation through their union of two decidedly outré elements: foam and clogs. The shoe became a kind of geek-chic emblem, favored by athletes and medical professionals who enjoyed the comfort of the cushy clog. And, you know, Mario Batali.

Most recently, Croc added a line of flats, wedge boots, and sturdy heels to its repertoire. However, where Birkenstocks and artful sneakers are part of a rebellious, ugly-chic trend, Crocs remain in a different field. Subtle they are not, and their orthopedic look makes them a far cry from the sleek lines of a Manolo Blahnik heel or even a chunky Doc Marten boot. With any luck, Blackstone's investment will provide funding for a Croc heel that looks like a Louboutin and feels like a fuzzy pair of slippers.

We are not, however, holding our breath.