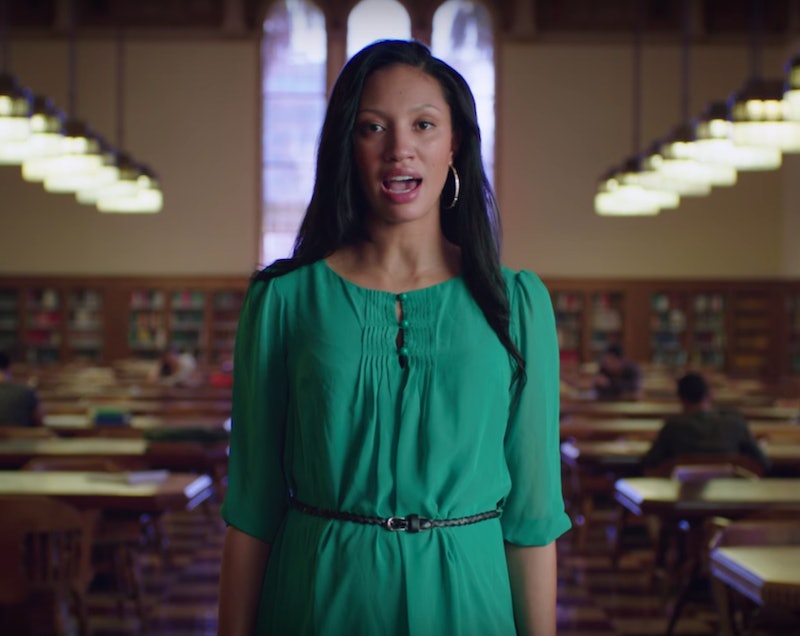 Through its chilling campaign video, the #ThatsNotLove Campaign seeks to put an end to relationship violence by raising awareness of what abuse looks like, and the ways that abusers use messages of love to manipulate and control their partners. The powerful campaign is the product of the One Love Foundation, a nonprofit set up in honor of Yeardley Love, a 22-year-old lacrosse player who was murdered by an ex-boyfriend in 2010. The organization is dedicated to putting an end to relationship violence, which will affect one out of three women and one out of four men at some point in their lives.

How many of us have, at one point or another, thought something like “I'll never be in an abusive relationship” or “I would never stay with someone who hit me”? The thing is, abusers don’t walk around wearing t-shirts that say “I AM AN ABUSER, AND I WILL MAKE YOUR LIFE MISERABLE” — relationships would be a lot easier if they did. Abusive relationships rarely start out as obviously abusive. As this video from the #That’sNotLove campaign points out, relationship violence can begin very subtly — almost imperceptively — and escalate over time. The tactics of abuse aren’t always physical; in many cases, they take the forms of isolation, manipulation, control, and shaming, and abusive partners will use their love as justification for their abuse and weapons to make their partners feel guilty and unsure of themselves. In these cases, “I love you” becomes a poisonous way of clouding the truth, and of making partners feel that they can't trust their own judgment — and even that they deserve what is being done to them. By raising awareness of what relationship violence looks like — and how it can hide in plain sight — the One Love Foundation hopes to empower young people to recognize the signs of abuse and “change the social climate that currently enables abuse to take place.”

The campaign begins with a simple phrase, “Because I love you,” and then demonstrates just how unloving relationship violence is:

The One Love Foundation website also has information about to spread #ThatsNotLove flyers or host an event. Find out more here.