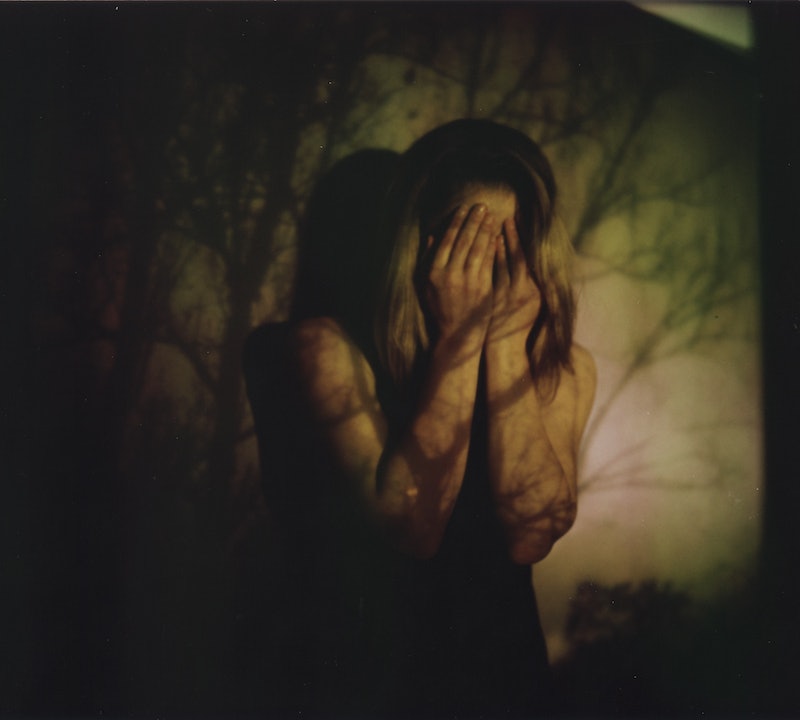 Despite the fact that 1 in 4 women will become victims in her lifetime, we don't talk about domestic violence nearly enough. In fact, despite recent efforts to make the problem more visible and encourage people to speak out, most cases of domestic violence are never reported. But just because the subject is all too often swept under the rug doesn't mean that there aren't a lot of excellent ways to help victims and survivors of domestic violence, even if you don't know somebody who is a victim themselves.

First and foremost, of course, is to address that the issue exists. All too often, it seems like society fails to even reach that incredibly reasonable expectation, particularly when the perpetrators of domestic violence are people who are directly in the public eye. On Saturday, for instance, WBC/WBA welterweight champion Floyd Mayweather will enter the arena for a highly-anticipated boxing match against Manny Pacquiao. Promotional ads are blasting all over the airwaves, celebrating Mayweather's accomplishments and generating buzz. What nobody is addressing in all of this frenzy is that Mayweather has been charged with assault a grand total of 7 times against 5 different women, and has yet to face any consequences for it.

The public's willingness not just to turn the other cheek on this, but to glorify this man to the point that the arena is entirely sold out and Mayweather is expected to reap $180 million from the match, is further testament to how crucial it is to help victims of domestic violence heal and move on with their lives—because we clearly aren't hesitating to let their abusers move on with theirs.

If even highly-publicized and well-known cases of domestic violence aren't getting the voice they deserve, then we are nowhere close to where we need to be in correcting this critical problem in society. The situation with Mayweather and every other case of ignored violence, involving a celebrity or not, is incomprehensible enough. But that doesn't mean that there aren't other ways that you can help make this issue one that people can't ignore, and benefit victims and survivors of domestic violence. Here are a few of the ways that you can help:

Safe Horizon, an enormously impacting advocate for victims of domestic violence, is using the campaign #PutTheNailInIt to make the issue more visible and to raise money that go toward relief efforts for victims and survivors. People who have joined the campaign not only donate on the site, but spread the hashtag on Twitter and paint their left ring fingernail purple to show support and initiate more of an open dialogue about the issue.

Educate yourself on the signs of abuse, and know how to approach a victim

What's scary about the "1 in 4 women" statistic is that we rarely, if ever, hear about domestic abuse from our friends, even though statistically we may know plenty of people who have suffered domestic abuse. Educating yourself on the signs of abuse might save a friend's life. Here are a few of the signs that medical professionals say to watch out for:

If you suspect that a friend is a victim of domestic violence, as hard as it will be for both of you, you can never know for sure if they are safe unless you ask if they are experiencing abuse. Experts say to approach the person in private, and accept that they will possibly deny or become angry about the question.

Things you will have to consider: The victim will possible feel embarrassed, and they may be afraid of being blamed for the abuse or afraid that people won't believe them. There is not space nor time in this article to go into the incredibly complicated emotional and psychological dynamics involved in abusive relationships, but suffice to say, you can expect that a victim of domestic violence isn't going to just, like, easily come out and talk about it. They possibly might not even want to remove themselves from the situation, and are afraid that discovery will force them to acknowledge that they have to to just that. It is important to remain as calm, open, and as non-judgmental as possible for a victim to feel safe opening up; It is equally important to assure the victim that the abuse is not their fault.

In addition to reminding them endlessly that you are on their side, you should encourage them to turn seek help from the number of local and national agencies devoted to helping victims of domestic violence, and make sure to the best of your ability that their safety isn't compromised in the process. For more information about safety planning, click here.

One of the primary factors discouraging victims to leave their abusive relationships is financial dependency. So often, survivors of domestic abuse are starting from scratch, forced to flee their homes with little or no money to support themselves (and possibly their children). There are hundreds of organizations throughout the country that are advocating for these victims, and most of them are non-profit and need all the help they can get. Here are the main four organizations that you can donate to:

You don't have to know somebody who has suffered from domestic violence or have experienced it yourself to become a meaningful advocate for victims and survivors. Here are a few of the ongoing volunteer opportunities among the scores of them that can be found on volunteer databases:

Odds are, if you search "domestic violence + your nearest city" on Google, you'll find opportunities to volunteer in shelters, hotlines, and administrative work. Shelters are looking for all kinds of skill sets from volunteers; odds are, you have one that fits the bill.