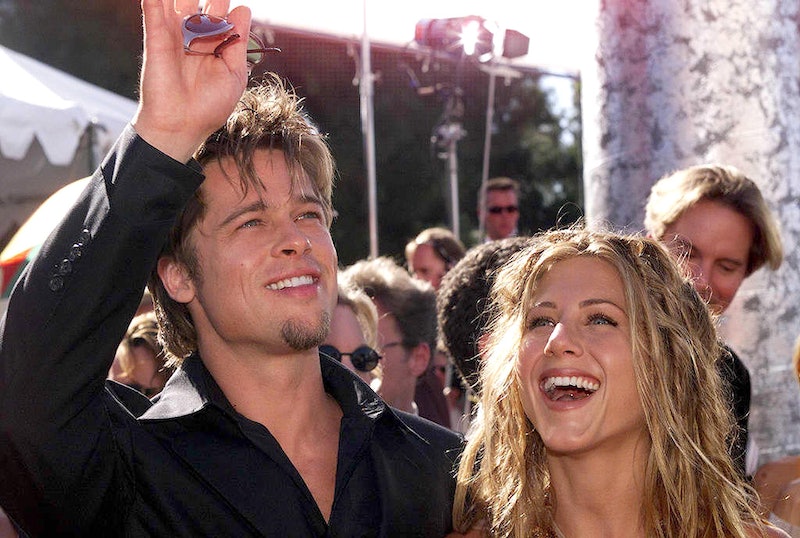 Some of your favorite celebrities were 90 times more badass and honest in the 1990s, most likely because they were also two decades younger and open to saying anything (let's remember: this was a time before social media could tarnish a famous person's reputation faster than you can now leak a nude Justin Bieber photo). Perhaps because they believed their quotes would be read and then forgotten, some have said things that might make you now question whether they cared if they even had a career or not. (This basically applies to everything Angelina Jolie went on the record as saying until about 2007).

Some celebs, like Leonardo DiCaprio, have now lived lives that blatantly contradict some of the things they said in more innocent times. You can't blame them. How could any of them had guessed they would grow up to become the biggest stars on the planet? That scores of models would fall at their feet the second they walked into a club? Or that they'd one day become parents who would have to explain why mommy enjoyed playing with knives in bed a long, long time before she met daddy and became better known for her incredible humanitarian work?

The '90s may seem like a million years ago, but the World Wide Web was around for all of it, so these amazing quotes will live on.

In an interview with the Chicago Sun-Times, Jolie said: "You're young, you're crazy, you're in bed, and you've got knives. So sh*t happens."

Jolie was so nice and so giving with her quotes, that I have to include two of hers. In an interview with Elle, she fulfilled everyone's fantasies when she declared: ”I like everything. Boyish girls, girlish boys, the heavy and the skinny. Which is a problem when I’m walking down the street.”

In a Vanity Fair interview in 1998, Leonardo DiCaprio, fresh off the set of Titanic , thought he was fooling everyone by claiming he is unlucky in love: "Girls don’t really hit on me, no. I think if a girl wants to talk to me, she’ll talk to somebody around me, but not me directly. I don’t know what it is. They never really approach me.” Right... with the exception of supermodels Bridget Hall, Eva Herzigova, and Kristen Zang — and that's before he really hit his stride in the '00s.

Britney Spears was just 17 when she gave an interview with Rolling Stone after the debut of "...Baby One More Time." Ever wonder how the idea for the scandalous video for the song came about? You can credit Spears for that: "They had this really bizarre video idea, this animated Power Ranger-y thing. I said, 'This is not right. If you want me to reach four-year-olds, then OK, but if you want me to reach my age group...' So I had this idea where we're in school and bored out of our minds, and we have Catholic uniforms on. And I said, 'Why don't we have knee-highs and tie the shirts up to give it a little attitude?' — so it wouldn't be boring and cheesy."

Sign of the times. In 1997, Jay Leno asked Jennifer Aniston whether she'd like to have children and, if so, if she's interested in jumping on board the trend express and becoming a single mom, which was apparently the "'90s thing to do." Her response? "I'm dying to have kids... I'd kind of like to have the husband, the home, the kids — I'd kind of like to do the whole thing." Can you picture anyone asking a female celeb that question in 2015? There would definitely be some backlash.

The boy band's very first interview with MTV News took place in 1998 (look at Justin Timberlake's hair!) and the youngest member of the group proved he has always had leadership skills and a goofy personality. When asked about the future, Timberlake responded, "Wherever it takes us I think it'll be in a positive direction because we surround ourselves with positive energy." When asked about "solo" projects, all the guys — including Timberlake — joked about how they were breaking off from the group to find their own fame (oh, if they only knew). And sweet Lance Bass shut down the suggestion with: "The fact is we're always gonna be a group." Aww.

When she was 19 and starring in Dawson's Creek, Katie Holmes spoke to Rolling Stone in 1998 about her ideal man: "I'm more apt to go for a dark-haired man. I don't know, it's my thing. Someone who's intelligent but not showy. Especially in this business. You get around so many people who always need to be on, and it's nauseating. It's like, 'Would you just be normal?'" No comment.

Gwyneth Paltrow's quotes about the '90s and her relationships with Ben Affleck and Brad Pitt are the best thing ever, but second best is what Paltrow told Vogue in 1996 about her early days as a wild child, if you can believe it: "Suddenly, I was, like, a babe. Around the eleventh grade, when the hormones started kicking in, I started getting into lots of trouble. There were parties in hotel rooms — you know, stuff like that."

A carefree Gwyneth? A young Leo who wasn't the serial model-dater we know today? If there wasn't a quote to prove it, you might not believe it happened.