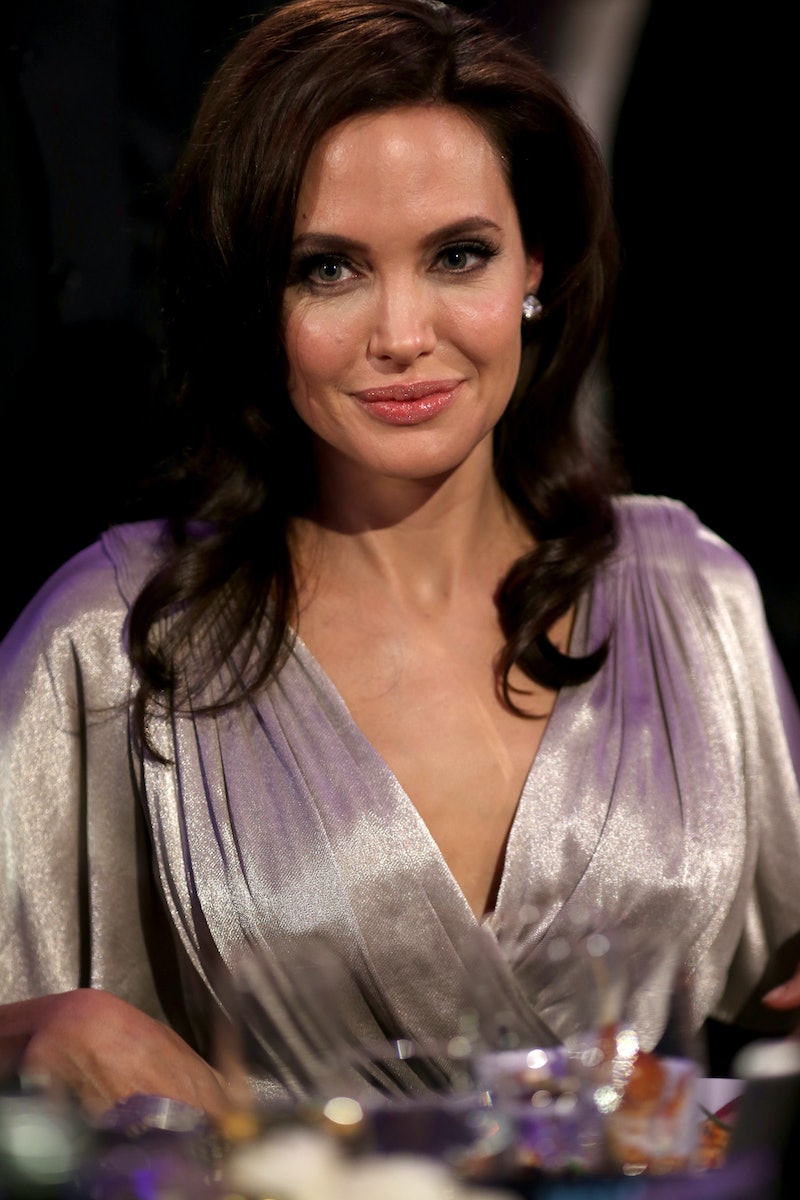 When it comes to getting older, most people try to avoid it like the plague. And when it comes to getting older in Hollywood, the world is not so kind, especially for actresses. Well, Angelina Jolie is excited to get older, she told Vogue as the magazine's November cover star. It's pretty refreshing and liberating to hear a top film actress admitting that age doesn't scare her, in an industry where youth is king. The 40-year-old Oscar-winning actress says she can't wait to turn 50 and for good reason. She told the magazine,

I feel grounded as a woman. I know others do too. Both of the women in my family, my mother and my grandmother started dying in their 40s. I’m 40. I can’t wait to hit 50 and know I made it.

Jolie's mother and grandmother both died from ovarian cancer at a young age, which is one of the main reasons the Maleficent actress had a preventive double mastectomy in 2013 and had her fallopian tubes and ovaries removed in 2015. Both times, Jolie revealed her surgeries through op-ed's written for The New York Times. As a carrier of the mutation of the BRCA1 gene, which significantly increases the chance of both breast and ovarian cancer, Jolie decided to take action. Not only is she happy with both of her decisions, but she told Vogue "it really connected [her] to other women."

Unlike her mother, actress and producer Marcheline Bertrand, Jolie had the opportunity to make the choices that essentially have saved and prolonged her life. "I wish my mom had been able to make those choices," she said.

Now, Jolie looks at life differently than most and realizes how lucky she is to be alive. As Vogue puts it, "she lives every day like it might be her last," which is why she's looking forward to turning 50 in 10 years. Knowing that you made it to the age both your mother and grandmother died at when you will most likely live longer than they did, well, that's monumental.

Can you blame Jolie for being excited about her birthday and the many more to come? I think we all should truly celebrate turning a year older and never complain about aging, because not only is it a beautiful thing, but it's something many of us take for granted.