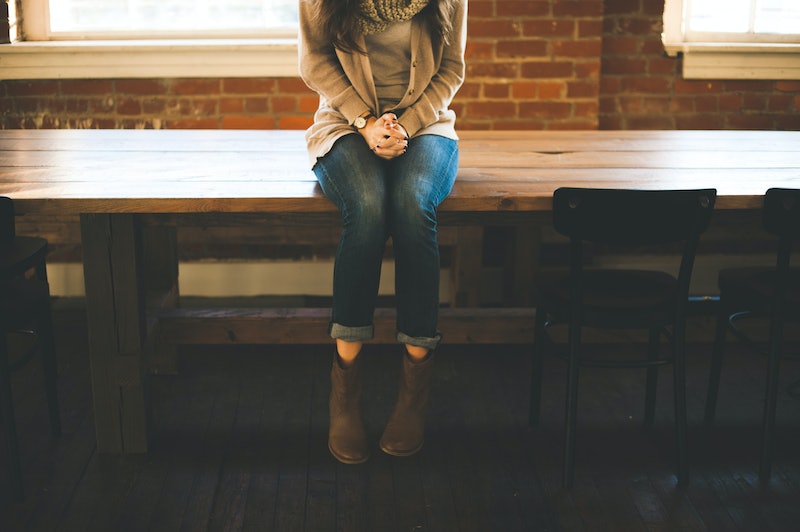 In order to keep your sexual health in check, you need to make an effort beyond using condoms. If you’re sexually active, it’s your responsibility to get tested regularly, even if you don’t have any symptoms. But according to a new study, there’s a problem with the way women are screened for STIs. Instead of women being taught that they need to get screened for STIs in between their Pap tests, they’re basically being told it’s totally cool to just wait until their next Pap ― even if they’re the sexually active.

The study by St. Michael’s Hospital in Ontario found that the new guidelines imposed by Cancer Care Ontario aren't really addressing the need for regular STI tests. With the guidelines saying women don’t need to be screened for cervical cancer until 21 and, if their Pap results are normal they don’t have to worry about being screened for another two or three years, it could end up in higher STI rates. Why? Because many women only get tested during their Pap smear, so a whole two or three years could go by where they’re not tested for STIs. This is not an OK situation. STI screenings are essential in helping to prevent the spread of STIs; it really is that simple.

Because you need to make your sexual health a priority here are six things you absolutely need to know about STI screenings.

1. You Must Ask Your Healthcare Provider For An STI Screening

As Planned Parenthood explains, just because you’re getting a Pap doesn’t mean you’re automatically getting tested for STIs, too. Because this is the case, you have to ask your doctor to do it. I can’t imagine there are many psychic gynecologist or nurse practitioners out there, so use your words and ask them to throw a screening in while they’re down there checking things out.

2. Women Aren’t Screened For The Same STIs As Men

If you want to be tested for everything under the sun, then you need to communicate that to your doctor. As the study by St. Michael’s found, women are less likely to be screened for syphilis, hepatitis C and HIV. While it’s the case that these particular STIs are more common in gay men, that doesn’t mean women never get them, because that’s just crazy talk! So make sure you vocalize what you’d like to be screened to with your doctor.

If you’re terrified of needles or invasive procedures, then take a deep breath of relief, because the most common STIs (chlamydia and gonorrhea), don’t involve such things. According to the research by St. Michael’s Hospital, "Self-administered swabs and urine tests are highly accurate for detecting STIs and can be easily extended into community settings.” What this means is that getting checked out and making sure you have a clean bill of health has never been easier.

However, herpes, hep B, and syphilis require blood tests.

Not every test magically detects any and all STIs. While a swab or urine test can detect more than one STI, the way the test is processed, as in what they’re looking for, is the only way you can know what you have or, ideally, don’t have. So if you think you’ve been exposed to gonorrhea, you need to be clear with your doctor about what you want to be tested for.

5. You Don’t Have To Have Symptoms To Get Tested

While symptoms are a good indicator that something is up, if you’re sexually active you shouldn’t be waiting around for symptoms to tell you it’s time to get tested. There’s also the fact that sometimes there are no symptoms at all which is a really scary thought. So don’t wait until your next Pap; if you’re having lots of sex, especially with lots of partners, then get tested. You not only owe it to yourself, but to every person you sleep with.

According to the CDC, regular STI tests help to reduce the spread of STIs and, in turn, that helps keep rates down. You can do that by getting tested at least once a year for chlamydia, gonorrhea, and syphilis. As for those who are “high risk,” like injection drug users or those who just don’t use condoms, then you should be tested every three to six months. The CDC also recommends that everyone between the ages of 13 and 65 be tested at least once for HIV.

While we may never live in an STI-free world, we can at least take care of our own sexual health by getting screened regularly.