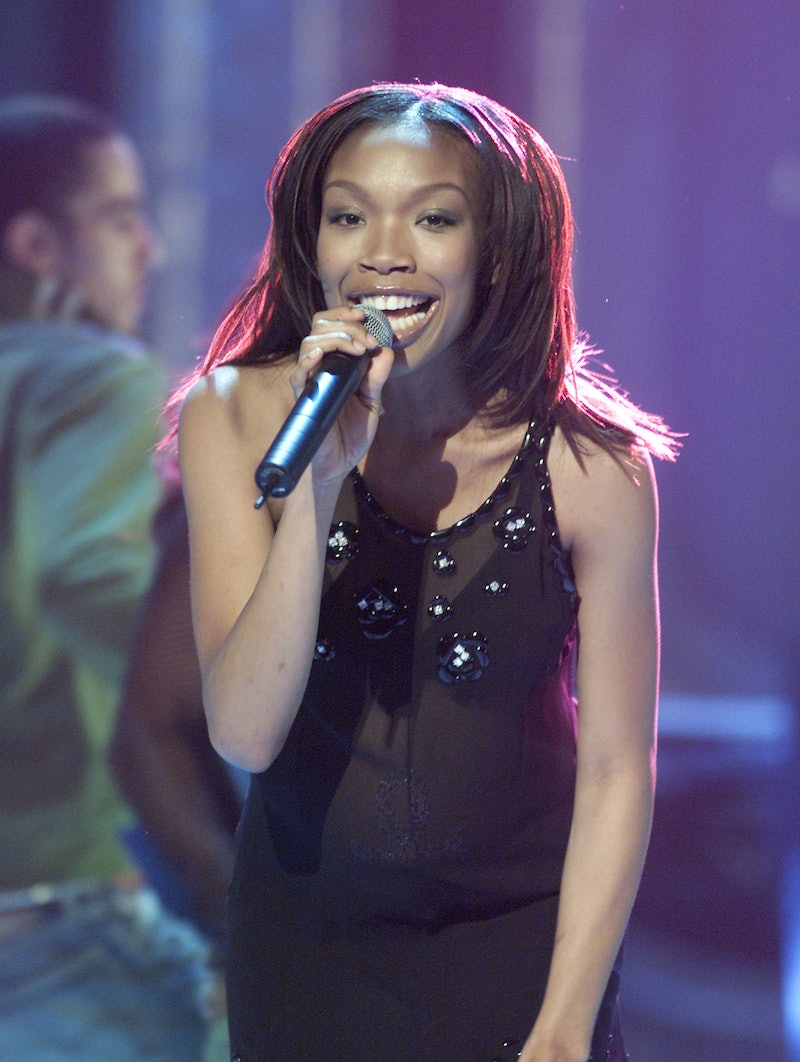 As a full grown, twenty-something person, I am a bit bewildered by the fangirl and boy meltdowns I see on the Internet everyday. Also, I am with the leagues of “un-hip” people who are not quite sure why anyone would ever call their idols “mom” or “dad.” Whatever, I guess I’m old. It’s just that, in the '90s, we obsessed over celebrities very differently. Like, we didn’t want our faves to be our parents. We usually just wanted to marry them. Was our blind worship of our role models better or worse? I guess the creepiness factor is up for debate.

As I am sure you remember, the '90s celebrity fanaticism was wide reaching and passionate. I mean, if it’s any indication, we’re still talking about it. 1990 was 25 years ago. Guys, we’re super old and obviously can’t let anything go. It’s whatever.

If you’re willing to accept your own mortality and slightly off-kilter priorities, join me as I take us back to the best decade that this world has seen as we reflect upon those special celebrities we were majorly obsessed with. Why? Because it’s fun, that’s why.

Here are 19 celebrities anyone growing up in the '90s was totally obsessed with.

Don't even pretend like you didn't crush on him. You totally, totally did. Were you watching Home Improvement for Tool Time? I think not.

Girl had it going on.

When I grow up I want to be just like Kat Stratford.

I think it's a universally accepted fact that Philippe was the hottest person alive in the decade.

Two words for you: Bad. Ass. SMG/Buffy was the coolest and I can personally attest to that. Her poster hung proudly on my bedroom wall.

The Aussie was undeniably the best bad boy. Ever.

All of the iterations, but definitely the Queen Bey, Kelly Rowland, and Michelle Williams iteration one.

If you didn't cry alone in your room to an angelic yet heartbreaking Brandy song then you weren't alive in the '90s. That is all. Plus, she was Cinderella.

The Mighty Ducks got the whole obsession into motion, but Pacey Witter really made the infatuation stick.

OK, OK, the whole Dawson's Creek cast. Obsessed with them all.

Yes, he was, and still is, one of the greatest and most popular athletes of all time, but this isn't about that. This is about Space Jam and the unparalleled joy it brought to the world.

The matching outfits. I can't.

JT the only one wearing red and in the middle? Subtle foreshadowing. Real subtle.

Why did I lump them altogether? Well, because a multitude of these dudes we're actually still pretty acquainted with, individually. But their presence as a band of musical brothers is really what drew us to them way back when. We really loved us some uniformity and choreography in the '90s didn't we?

As you may have noticed, Christina Aguilera and Britney Spears were omitted from this list. That's simply because there wasn't a time the world wasn't obsessed with them. Keep slaying, ladies.