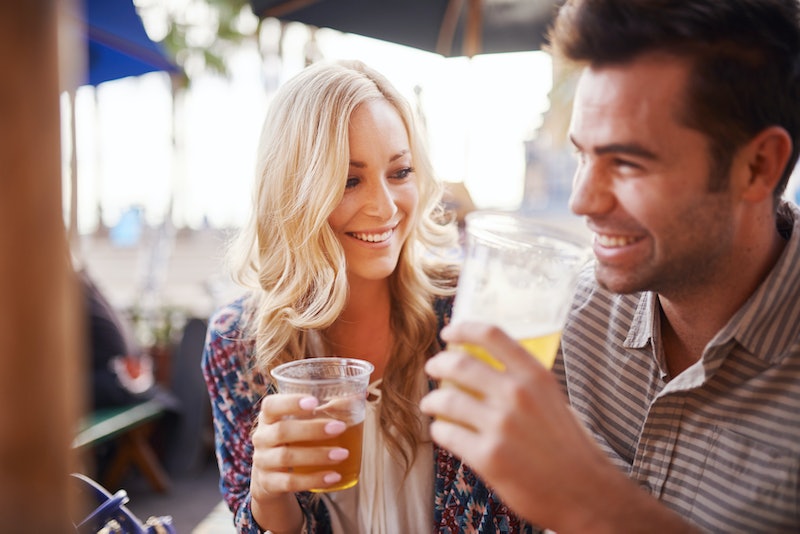 Before Tinder, Happn, and other dating apps became a sort of norm to meet attractive potential hook-ups, people were actually approaching people at bars. Needless to say, making the approach in person is a hell of a lot harder than it is online. After all, when you’re online, you can go straight to actual conversations about a person’s life based on the info in their profile. You can carefully plan out what you’re going to say, and how you’re going to respond. Nothing’s set in stone until you hit, “Send.” Besides, if you’re meeting a person through an online dating app or site, you’re both on it for the possibility of dating. Then again, if you do happen to make the approach in person, you don’t really have to worry about crafting that clever opening line that will make you stick out in a sea of other potentials. A simple, “Hello,” will usually do.

In the latest episode of our podcast I Want It That Way, we talk to Thomas Edwards, the founder of The Professional Wingman, whose life’s mission is to help men and women develop the necessary social skills in order to find long term love.

Because everyone could use a little refresher on how to successfully communicate with someone they find attractive, here is Edward’s Three C Strategy for flirting and making the first move when you’re at a bar.

Pay attention to what’s going on around you. Is it game night? Is the attractive person you want to talk to with co-workers? Friends? Is it someone’s birthday? In order to find a good opening for your approach, look around you and comment. If it’s game night, say something about a particular team. If it looks like it’s someone’s birthday, then maybe ask whose birthday it is. Look around you and pick out anything you can think of to make natural conversation happen. “The more context you have, the more content you have,” Edwards says.

Edwards even suggests creating your own context by being open and honest about why you want to talk to someone. A nice, “You’re really cute and I wanted to say hello,” could work.

If you think that will make you sound like someone who’s a little too slick, “Hi,” is a good start. “You don’t always remember the first thing somebody says when you meet them,” Edwards says. “You care more about the experience.”

This goes without saying, but when you’re not confident, it’s going to show. Approaching a complete stranger that you’re attracted to is definitely no easy feat. So, what’s one way to stay confident? “Assume everyone loves you,” Edwards says.

So, you’ve made the approach. Now what are you going to say? According to Edwards, stop planning ahead and just stay present. “Eighty percent of people worry about content when it only matters 20 percent of the time,” Edwards says. Worrying over what comes next prevents people from having actual conversations. After all, when we’re too in our heads about what we’re going to say next, we’re not really listening to what the other person is saying, are we?

While content tends to be the thing that people get hung up on the most, it’s actually the least important among the three C strategies. “If you have the first two, the third doesn’t really matter,” Edwards says.