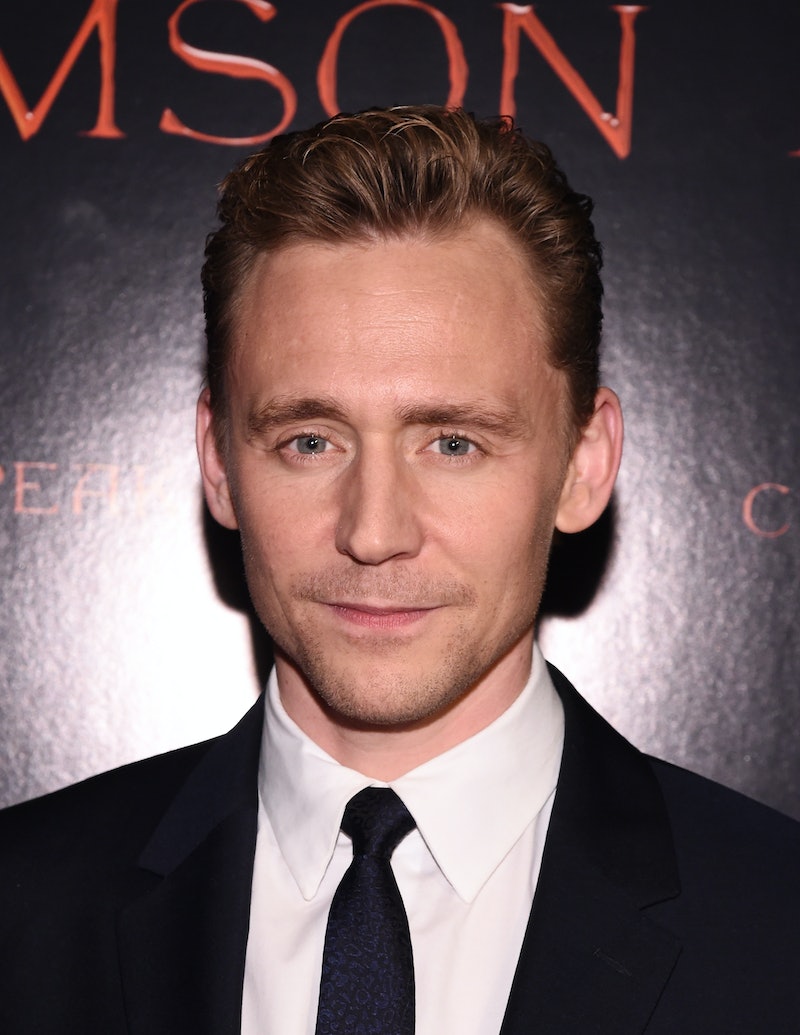 If you're anything like me (or millions of other ladies and gentlemen around the world with exquisite taste in actors/men), you'll probably do just about anything to get your Tom Hiddleston fix. Thankfully, the film industry has caught on to the fact that we want to watch him in pretty much anything and he's got plenty of roles booked — IMDB has him on seven projects over the next two years — which means there'll be no shortage of opportunities to partake in Hiddleston goodness. Unfortunately, one of the projects I was most excited about, his Hank Williams biopic I Saw The Light , has been pushed back to 2016, which was a serious bummer. I've always been a fan of Williams' music, too, so to have Hiddleston playing the titular role basically made my brain explode with excitement. Now that we've got at least another year before we get to see it, I'm a little bit beside myself.

These things happen in Hollywood, unfortunately, and I'd rather I Saw The Light get the proper promotion and release date than for it to fail because it was poorly timed. Plus, there are plenty of ways fans can cope while we wait for the film's ultimate release. If you need a few pointers, don't worry — I'm here to help.

A thriller/horror in which Hiddleston place an evil (yet so dapper) gentleman who seduces a writer, marries her, and then takes her to a house of unspeakable horrors? And it's out just in time for Halloween? What's not to love here?

Hiddleston is best known to a wider audience for his role as Loki, and for good reason: he does an amazing job. You can sub in your favorite Hiddleston movie if there's one you like more. Basically, you just need to relive his past on-screen glories.

Enjoy This Gif Of Hiddleston Laughing

Because does anyone have a better, more infectious laugh than Tom Hiddleston? I don't think so.

I know the experience of fangirling can be a little embarrassing, but so what? You know a good thing when you see one, so why not celebrate it? Hit up Pinterest to save some of your favorite Hiddleston pics, interviews, quotes, etc. There are already quite a few out there that can help provide some extra inspiration.

What's better than a website devoted to anything and everything Hiddleston? Nothing. Not only do they have the rundown on all of his projects past, present, and future, but they publish TONS of photos from public appearances to rare candids that you will absolutely drool over. Um, or, you know, just enjoy like a totally normal and logical adult.

I don't think I really need to elaborate on this, but Tumblr is a fangirl's dream world. No matter who or what you love, there are people on Tumblr that feel the same and have enough time on their hands to make amazing fan art, write fanfics, create amazing gif sets, etc. Go ahead and fall down a Hiddleston Tumblr k-hole. I won't tell (likely because I'm already there doing the same).

Over the years, Hiddleston has done some great interviews on various chat shows here in the US and abroad. YouTube is a fantastic source for pretty much all of them, so set aside a few hours and check them out (even if it's for a second, third, or fourth time).

More like this
Hayden Panettiere Will Return For 'Scream 6': "We F*cking Won, Scream Fam"
By Jack Irvin and Jake Viswanath
Harry Styles & Florence Pugh Get It On In The Wild 'Don't Worry Darling' Trailer
By Alyssa Lapid and Sam Ramsden
Daniel Radcliffe Is Shirtless In The New Trailer For His Weird Al Yankovic Biopic
By Jack Irvin
This 'Hunger Games' Alum Will Star In A New Medical Drama Titled 'A Mistake'
By Alyssa Lapid
Get Even More From Bustle — Sign Up For The Newsletter