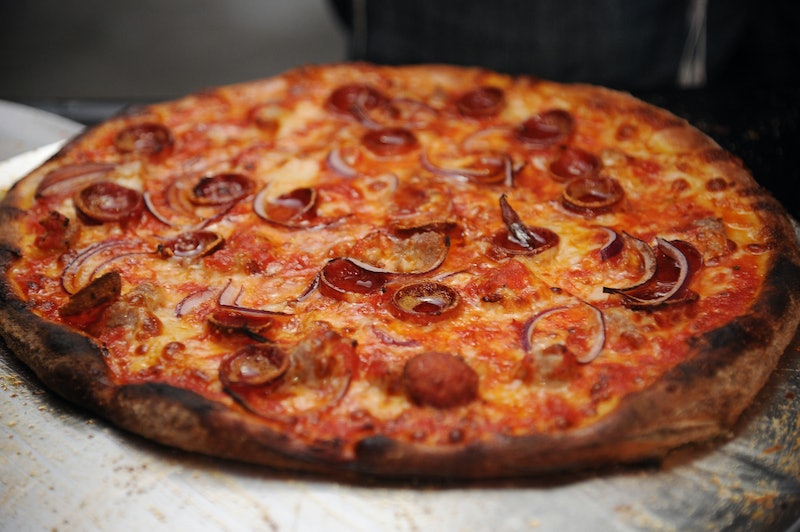 This week, a study made headlines by claiming that male brains are hardwired to seek sex over food. However, despite the many, many stories about it, there's plenty of evidence to suggest that just isn't true. For one thing, it makes a lot more sense from a "survival of the species" perspective. And there's also plenty of scientific evidence, too — though that doesn't make for nearly as wacky of a headline.

The main problem with the recent study causing headlines is that is was, in fact, performed on worms. So that right there should tell you that the picture might be a little more complicated when it comes to humans. After all, a creature with a much simpler brain and a much shorter life span is probably going to have different priorities than a human. For a worm, it might make sense to seek sex before food. For humans, however, doing so isn't all that sensible, from an evolutionary point of view.

There's also the unfortunate fact that in our society, there is a tendency to treat men's sex drives as overwhelmingly strong, and this has very real consequences. Most disturbingly, it's one of the reasons women who are sexually assaulted are told they were "asking for it" by dressing too sexy or giving men the wrong idea — after all, if you consider a man's sex drive to be so strong it trumps the drive for basic necessities like food then how could a man possibly control himself around a miniskirt?

In truth, though, there are tons of studies that say people prioritize all manner of things over sex. Here are just a few.

Multiple studies have found that a significant portion of people — both men and women — would rather forego sex than give up their cell phones.

One study on college age men found that they would prefer an ego boost to their favorite sexual activity — and they'd also choose it over their favorite food or a paycheck.

This one might be specific to Canada, but almost half of all Canadians say they would rather have bacon than sex.

Almost a third of men say they would rather give up sex for a few weeks than go without Internet for the same time.

Over half of American say they'd rather pick their morning coffee over morning sex, at least based on this study.

So basically, don't believe the hype — people aren't hard wired to prioritize sex over basic things you need to survive, like food.