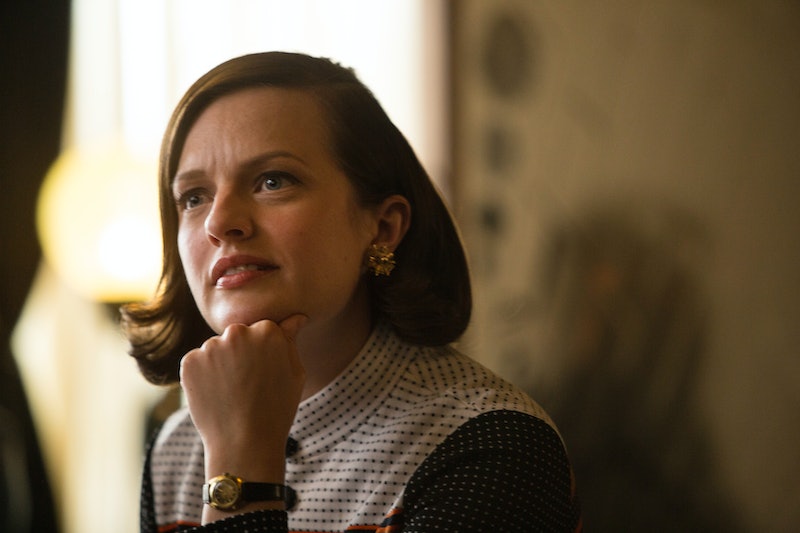 We're complicated beings, so the conversations we have with one another can get really confusing, even when we think we're being crystal clear. Apparently, we all suffer from "the transparency illusion," the belief that what we need and want is completely understood by others — yet we don't communicate our true thoughts nearly as much as we think we do. This is not just in romantic relationships, by the way; it holds true all across the board.

You see, when you send someone two different messages — one verbal, the other non-verbal — they're going to take the latter as gospel. It's just how our brains are wired, as Amy Cuddy, social psychologist at Harvard University, told us in her captivating TED talk about the power of body language. Never mind what comes out of our mouths; the messages we send with our bodies are delivered at a much higher volume.

Heidi Grant Halvorson, author of No One Understands You and What To Do About It and social psychologist at Columbia Business School, says we're constantly misunderstanding each other, and the main culprit is our deceiving body language. She cites a manager she worked with, who thought he was showing his employees that he deeply cared about what they had to say by putting on his "active-listening face." Well, a colleague finally informed him that his "active-listening face" looked a lot like his pissed-off face, which explained why his employees were acting a bit weird around him.

Halvorson says this kind of stuff happens all the time, and we have to learn how to tweak our bodily movements if we have any chance at saying what we mean and meaning what we say. Here's a good place to start. Read on for five times your actions speak louder than your words.

1. If Your Eyes Flit From A Person's Eyes To Their Mouth...

You're on a hot date, and you totally dig the cutie sitting across from you at the table. Things seem to be going well, they're (genuinely) laughing at your jokes, and you've had just the right number of cocktails. You're a bit shy, though, and you can't seem to bring yourself to request that they immediately accompany you to your bedroom. This is when your eyes will flit from their eyes to their mouth.

What It Means: This move is a really powerful one; in fact, body language expert Judi James calls it "one of the most high-impact signals you can send." It sends the following message very clearly, regardless of how much you're trying to hide it: You want to kick off a hot make-out sesh. This is especially true when you couple the eye flick with a head tilt and lowering of the voice. Noted.

2. When You Stand Upright With Your Hands On Your Hips...

The good old power pose probably makes an appearance when you're delivering an important presentation or walking into a job interview. It can basically come out to play anytime you're the center of attention, or when you're meeting someone important for the first time, like your partner's family.

What It Means: Well, it's all about power, so it sends a really good message, as Amy Cuddy's research at Harvard University proved. Strong, straight posture conveys self-confidence and strength, and it tells the people in front of you that you are in control of your life, without you having to say a single word. Even if you feel crappy or doubtful about yourself, pulling out this stance — feet hip-width distance, open and relaxed shoulders, hands on your hips — will tell a very different story to your audience. Cuddy advises us to "fake it 'till you become it."

You might not even realize you're doing it, but this non-verbal cue manifests when you're listening to something you've heard before, like your mom telling you about the 401K you should've already started, or you're on a date that isn't exciting you all that much.

What It Means: In short, you're bored, bored, bored. Usually, this motion is accompanied by eyes shifting around the room and nail-biting, which are both types of body language that indicate irritation or lack of interest. You're too polite to say how you really feel, so these gestures automatically kick in on your behalf, hoping that the person sitting across from you will take a hint.

4. When You Scroll Through Your Phone...

We're all so addicted to social media these days that we're rarely without our phones, so the moments we have our eyes glued to the screens aren't few and far between. It could happen just as easily during a chat with your favorite co-worker at the office as it could when the person sitting next to you on the plane is chatting away.

What It Means: Even if you are truly interested in what they have to say, whipping out your iPhone while your partner is telling you about their day says that they're not all that important to you. The more often it happens, the more you will send this message, false though it may be, that you're not invested in their words. Tell the people in your life that you care about them — not with your words, but by putting down that damn phone.

Amy Cuddy told the New York Times that she often sees this signal in her classrooms at Harvard University when the individual is answering a question in front of everyone else. I catch myself in the middle of this habit when I'm arriving to a place that's new, whether it's a new country I'm visiting or a fancy restaurant.

What It Means: Cuddy puts it clearly when she says, "These postures are associated with powerlessness and intimidation." She regrets saying that it almost always comes from women, while our male counterparts have no problem keeping their hands away from their face in the middle of a stressful situation. You could be verbally saying the all the right things, but twirling your hair between your fingers tells everyone else that you're nervous and unsure of yourself. Instead, relax your hands down by your side and meet your audience with the confidence and warmth that you already possess in spades.