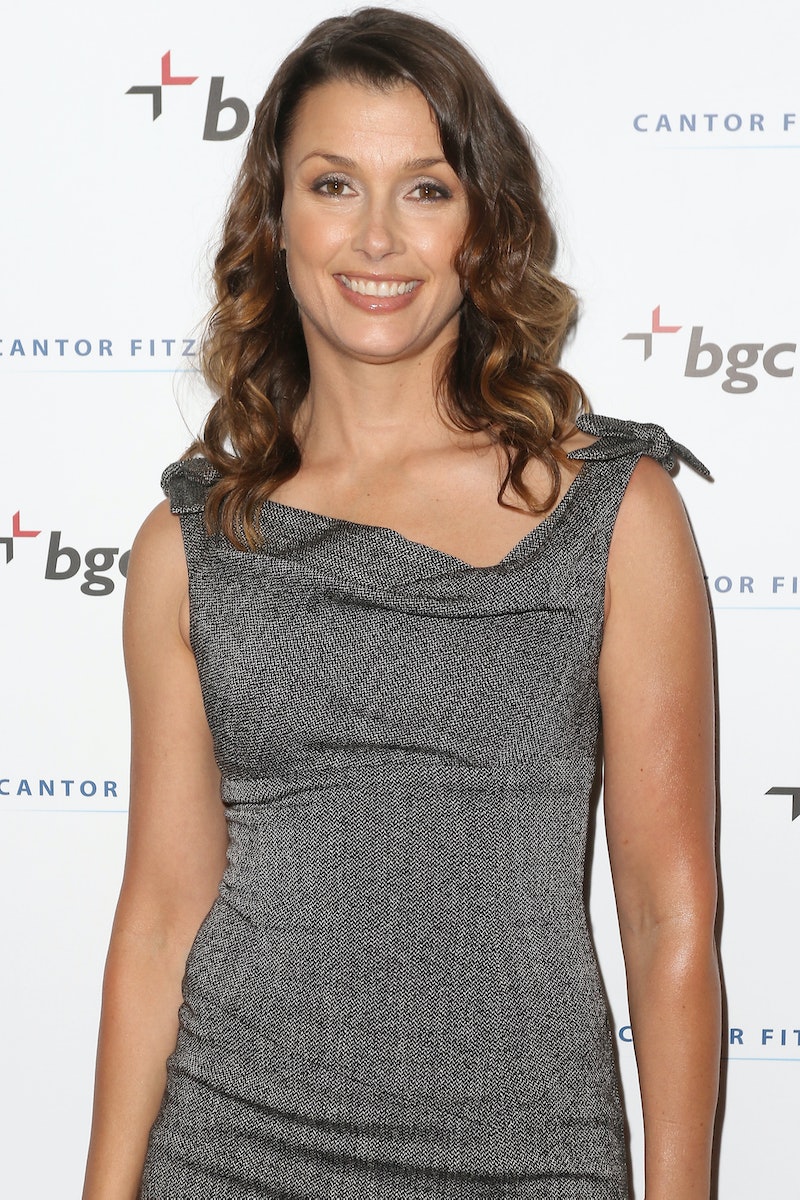 I'll be honest with you — I will forever remember Bridget Moynahan as Big's wife on Sex and the City who fell and busted her tooth on the staircase of their apartment building when she caught Carrie in their apartment and realized they were having an affair. Obviously she's a very accomplished actress otherwise and has done about a million other jobs since. For instance, these days she's starring in Blue Bloods, which is a pretty fantastic show. But we're not here to talk about her acting resume; instead, there's some happy news to report in the star's personal life. On Saturday, Moynahan married Andrew Frankel, a New York businessman, in a Hamptons wedding, and the ceremony looked beautiful.

According to E! News, Moynahan and Frankel tied the knot in an intimate ceremony attended by the couple's family and friends on Saturday evening. The news outlet reported that the Hamptons are one of Moynahan's favorite vacation destinations, so it's no surprise that the couple chose to exchange vows there, really. The actress also decided to share a small bit of her big day with her fans, posting a photo of her gorgeous gown on Instagram late Saturday night.

It's the first marriage for Moynahan, who was previously involved with screenwriter Scott Rosenberg. She also dated Tom Brady from 2004 until 2006, and they have an 8-year-old son together. It's unclear how long she's been with Frankel, as the pair have been extremely quiet about their relationship. According to People, "The groom is from New York and is Co-President of Stuart Frankel and Co., a Wall Street institutional brokerage firm. They met each other through a friend and she has been on cloud nine ever since."

Whatever the details of the pair's courtship, one thing seems certain: Moynahan and Frankel seem extremely happy together, and that's what really matters. Here's to hoping that happiness continues well into their marriage.