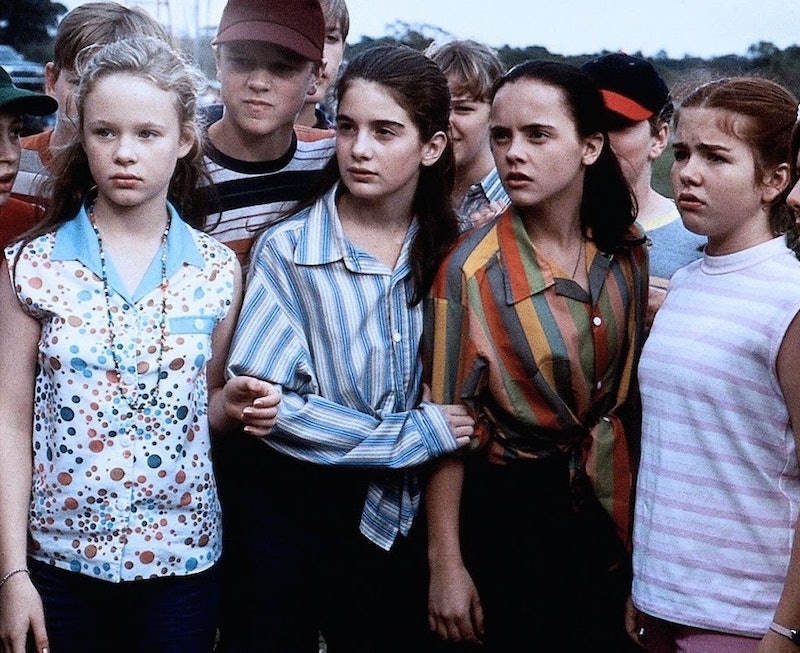 It’s been 20 years since the release of the coming-of-age film Now and Then . For those who never had the good fortune of seeing the film, you should do so immediately. The film follows four women who look back at their lives together as young girls and best friends in the '70s, specifically featuring the events of one summer. The girls faced various lows and highs throughout this time period of their lives and helped audiences realize that what happens to you as a kid can absolutely change you in so many ways. The film featured Samantha Albertson, Roberta Martin, Chrissy DeWitt, and Tina “Teeny” Tercell, all more different than the last. And if you were a kid watching the film for the first time, there’s no way you didn’t identify with at least one of them. In fact, the character from Now and Then you identified with says a lot about the kind of person who probably are even now, just like for the girls in the film.

Think about it, we all have our favorite characters when it comes to films and TV shows about women. Sex and the City? It’s likely that many women viewers identify with one of the ladies more than the others. Or what about girl groups like the Spice Girls? I can admit to myself and to the world that I wished I was Sporty Spice but I was clearly more of a Scary Spice. The same can be said for each girl someone identified with from Now and Then. Here's what your favorite Now and Then character says about you.

If You Relate To Samantha

You’re a fan of the world beyond what we can see. Out of all your friends, you have the most faith and hope and belief of things that seem unbelievable. Your imagination is incredible and over-the-top and you are an obvious creative type. But despite being so far off the ground day dreaming at times, possibly because things on the ground can get a little too heavy for you, you’re very grounded when it comes to being there for your friends and loved ones. You’re smart and open to all kinds of issues, and that’s what makes you reliable in a group. You can think outside the box better than anyone else, and that helps in both your personal and professional lives.

If You Relate To Roberta

You’re adventurous and tough. You don’t need anyone to help you get through things, because you’re an independent and you like to prove that girls can do anything boys can do. But that doesn’t mean you don’t want people there for you. You work hard to get what you want, and you want to be more than just a stereotypical girl — even if your tomboy attitude can come off a bit stereotypical at times. You’re smart, you’re no-nonsense, and that’s why people need you around. You can cut through the bull and just say what needs to be said. And you’re perfect to have around in highly intense situations, probably because your job is a high-intense one.

If You Relate To Chrissy

You’re innocent, sweet, and shy. You may not be as worldly as your other friends, but you are wise in your own way. You know what it means to be responsible, to be loyal. You see the beauty in the quieter, less obvious things. And despite maybe coming a little judgmental from time to time, your friends know they can count on your support. You may not be the loudest but your actions speak louder than your words need to.

If You Relate To Teeny

If you identify with Teeny: You’re one for the spotlight that’s for sure. You like to do things in a dramatic or louder than normal fashion. That doesn’t mean you have to be obnoxious about, but you know that you thrive the best when people are watching. You want attention because you maybe didn’t get it when you needed it the most. You feel that there’s always room for improvement, and there’s always ways you can be better than what you are. You aren’t easily satisfied. But all that being said, you are a good and loyal friend who will always be there for the people you care about no matter the situation.