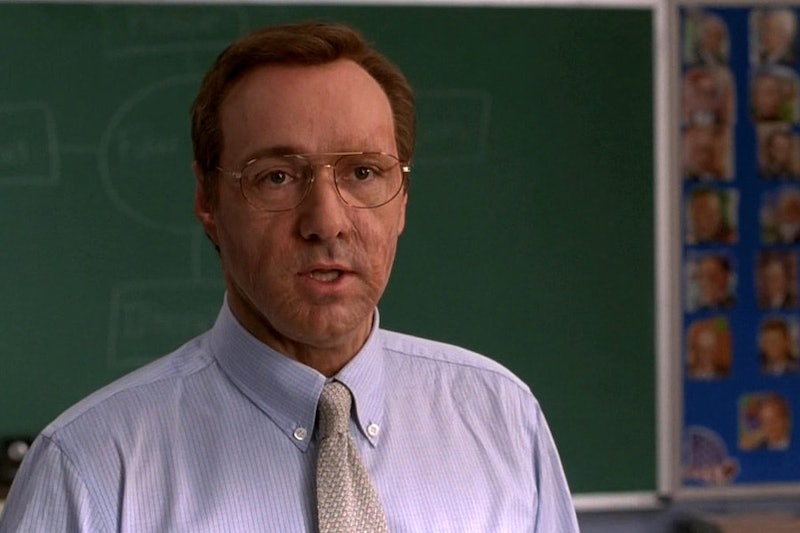 It’s a problem as old as Hollywood itself. The problem of whitewashing appears regularly in the industry. And with the anniversary of the film Pay it Forward , we revisit the issue again. In the film, Kevin Spacey plays Eugene Simonet, a social studies teacher who tells his class to devise a plan of action that will help improve the world. Trevor, played by Haley Joel Osment, comes up with the “Pay it Forward” plan and the films gets its narrative (and title). But in the book that the film was based on, Kevin Spacey’s character was actually written as an African American man named Reuben St. Clair. So why the whitewashing of the role?

Whitewashing is a constant problem that continues to be brought up time and time again. Even though lack of diversity is always a big issue in Hollywood, nothing is being rectified, and it’s beyond frustrating. Even if we put aside obvious whitewashing of classic Hollywood from the days of Mickey Rooney playing an Asian man, John Wayne playing Genghis Khan, or Lawrence Olivier playing Othello in blackface, we still see it. Just last year Cameron Crowe was in hot water over casting Emma Stone as the half Hawaiian and part Chinese character Allison Ing in Aloha. And of course much of the cast of Ridley Scott’s Exodus: Gods and Kings was a whitewashed cast.

So why change the role of Reuben St. Clair to a white character named Eugene Simonet? We can’t possibly believe that it’s because there weren’t enough African American actors, because that is simply not true. Even the author of the book from which the movie was adapted, Catherine Ryan Hyde, stated in a blog that she would have kept the African American vet Reuben as the protagonist of the film. She even criticized the movie of turning “all the gay, transgender, physically large, or minority characters” into “thin, white and straight or disappeared entirely.”

The problem comes down to star power. Without star power, it seems plausible that the producers and director of Pay It Forward didn’t think than an African American protagonist could sell the plot as well as someone with star power. Kevin Spacey had star power because he was a recent Oscar winner of the time for American Beauty. And aside from Denzel Washington or Will Smith, no other African American actors were getting the chance to build their star power.

And that’s where we run into a huge conundrum. If people of diverse ethnicity don’t get the chance to become famous enough to have star power, how can we change things? We can’t. Instead we continue to see Caucasian actors playing roles that were meant for more diverse actors, we continue to see limits on diverse roles. Obviously things are getting better slowly but surely. We have shows like Quantico and Fresh Off The Boat and Black-ish that are focusing on main characters of diverse ethnicity and highlighting those characters as being real people and not stereotypes.

It’s unfortunate that 15 years ago, these kinds of changes couldn’t be made, that people were this worried or even worse, that people didn’t care about this issue. If only Pay It Forward had kept the character of Rueben/Eugene as an African American, maybe it could be remembered as an important film for furthering the progress of equality and improvement in casting diverse actors in major roles, rather than as a film that may or may not live up to its immense potential and important message of world improvement.