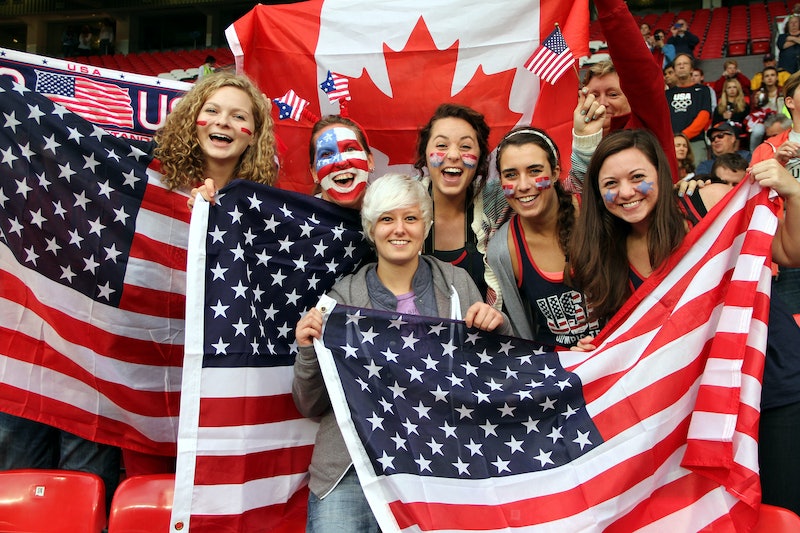 As Canadians head to the polls Monday, they will decide not just their own political future, but also their relationship with their 320 million neighbors to the south. The longest (78 days, to be exact) and closest election in Canada's history has been a race between the country's three main political parties: the currently governing Conservatives, the mainstream center-left Liberals; and the further-left New Democratic Party, or NPD. Regardless of who wins — the Liberals have currently pulled ahead, but pundits say the vote may not match the polling — Canada's election matters to the United States, and could leave a lasting impact for years to come.

The Liberals' candidate, Justin Trudeau, has used the cold relationship between President Obama and Canada's current prime minister on the campaign trail. Even though many Americans are oblivious to any complications with the Canadians, it is common knowledge north of the border that Prime Minister Stephen Harper has had a conflicted relationship with President Obama since 2009. The tension is largely due to Obama's hesitation on the proposed Keystone XL pipeline (Harper has said he "won't take no for an answer"). More recently, Harper voiced concern about the administration's nuclear deal with Iran, one of the only Western leaders to do so. These topics are among the main issues that will affect the United States, depending on the outcome of Canada's election: the environment, trade, and military cooperation.

Keystone XL has taken an extra-large share of the two countries' bilateral talks, and remains a huge issue politically in both Canada and the United States. Hillary Clinton came out against the proposed deal in September, but in Canada, only the NPD opposes the plan. The pipeline would bring 800,000 barrels of tar sands oil to refineries near the Gulf of Mexico. Unless the NPD wins the election (polls point to the party placing third), there will be continued pressure from Canada to complete the project.

Congressional Republicans in the United States have tried to force Obama's hand on the matter. They sent him a bill in February approving the deal, which he then vetoed. Harper's Liberal opponent, Trudeau, has said that he would try to work with Obama to find common ground on other issues — perhaps taking a less hardline stance than in recent years.

On a global scale, Canada's past decisions to roll back efforts to fight climate change have been an impediment to further international agreements. The Conservative government decided to abandon the Kyoto Protocols to limit greenhouse gas emissions in 2011, and the country has been considered a climate troublemaker ever since. But both the Liberal and NPD candidates have voiced support for a carbon tax or cap-and-trade system. They also would support the post-2020 global climate accord that will be negotiated in Paris in December.

Free trade has also been a focus of campaigns both north and south of the border. The Trans-Pacific Partnership has been attacked by candidates on the left, notably Clinton in the United States recently and NPD candidate Tom Mulcair in Canada. Mulcair has said a NPD government wouldn't be beholden to the trade pact, which he complained was negotiated by the current government in secret and has cost Canada some 400,000 manufacturing jobs since the recession of 2008. Canada pulling out of the pact could come as a blow to the Obama administration, which is looking to garner support for the deal in Congress. The pact has yet to be approved.

Canada has been an important partner in U.S. air campaigns in Iraq and Syria, and only a Conservative victory would maintain the status quo. Liberals would like to suspend airstrikes against the Islamic State and shift Canada's focus to training local fighters on the ground. The NPD has said that it would pull out of the conflict altogether (and in the past has even suggested pulling out of NATO altogether). Another important military venture is the design and manufacture of the F-35 military fighter jet. Canada, along with some other NATO allies, currently provides some of the program's funding. Both the Liberals and NPD would withdraw Canada's support.

These issues will be front and center in any negotiations between the United States and our largest trading partner. Whether Canadian voters listen to John Oliver or go with their gut, their decisions could have a huge impact on their American friends.