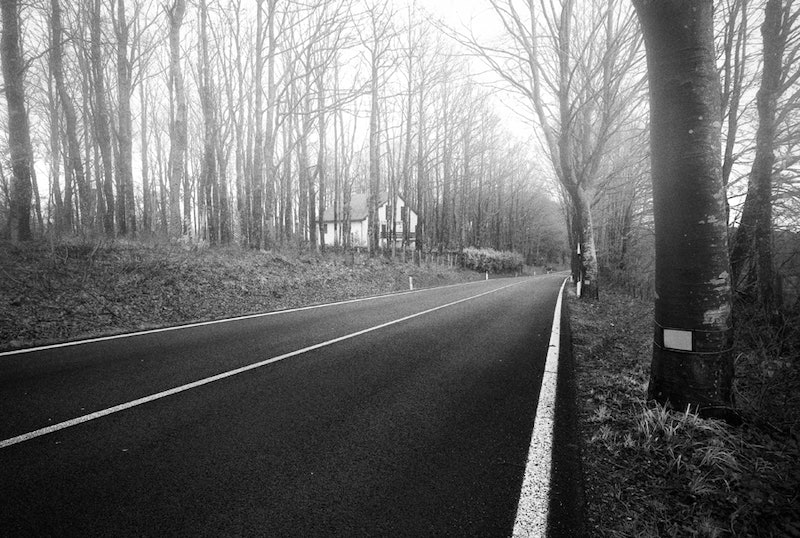 What's the Halloween season without a few scary stories? Not much at all, if you ask me — which is why I was delighted to find UK-based costume retailer Morph Costume's latest infographic. Detailing 18 creepy urban legends from around the world, it's got plenty of tales to get you into the holiday spirit. And you guys? Some of them are weird. Really weird. But that's what makes them so terrific, right?

I'll admit that a number of the stories were already familiar to me (I live in the Jersey Devil's neighborhood, for example, so we're old buddies, the beast and I)… but others? Well, let's just say I learned a few things today. Take, for instance, the legend of the Hairy Hands — this one was brand new to me, so I did a little digging to see what I could find out about it. Here's the deal:

Centered around a specific stretch of road — route B3212 — in a town called Postbridge in Dartmoor, UK, the story of the Hairy Hands offers a fantastical explanation for the number of terrifying traffic accidents that have occurred over roughly the past 100 years. According to the BBC, the first recorded incident of the Hairy Hands in action occurred in June of 1921 when a worker at Dartmoor Prison suffered a fatal motorcycle accident. The worker's children were riding in the sidecar at the time; they later reported that their father kept telling them to jump off the bike while he struggled to maintain control of it. They managed to clear it, but their father did not.

Why “The Hairy Hands?” Because it's said that your steering wheel is suddenly grabbed by a grotesque pair of hairy, calloused hands, and from the moment they take the wheel, they have only one goal in mind: To run you off the road. Though the Dartmoor Prison worker's children did not mention the hands, an army Captain who suffered a similar accident just two months later reported that the accident had been caused by a pair of hands which forced his motorbike off the road. No one knows who the hands might belong to or why they seem to dislike people traveling down that particular stretch of the B3212 — but to be honest,tle.c I'm not totally sure I want to know.

Check out the full infographic for more spooky urban legends below. Happy haunting!