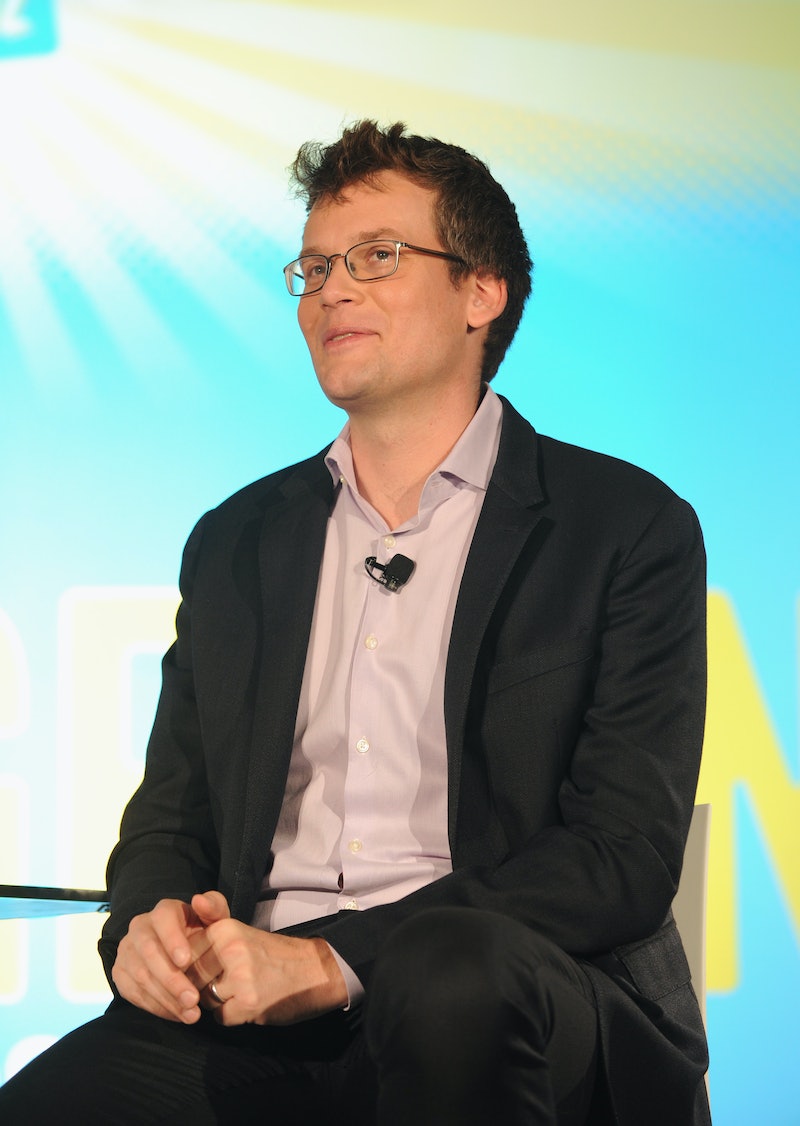 John Green is one of the most popular and most critically acclaimed young adult novelists writing today, but that doesn't mean there aren't people who don't take kindly to his books. In fact, a New Jersey school recently tried to ban John Green's Looking for Alaska — and actually violated the school district's own policies in doing so. Fortunately, the ban was quickly reversed, but the incident highlights how easy it can be for individual parents and community members to hijack children's education, and how no books are immune from attempts to censor them.

Earlier this month in the Lumberton School District in Burlington County, New Jersey, a parent complained about "sexual content" in Looking for Alaska at a school board meeting. That's fair enough, I suppose — the book does deal with some heavy themes, including teens beginning to explore their sexuality. Still, there's a difference between wanting to keep track of what your child reads and trying to control access to reading material for everyone else's child, too.

After the complaint, the school superintendent, Joseph Langowski, the next day reportedly ordered all teachers to remove the book from their classroom libraries immediately, which was in violation of district policy regarding how to handle challenged materials.

Looking for Alaska, which was published in 2005, and won the 2006 Michael J. Printz Award from the American Library Association. It's an emotional and powerful coming-of-age novel — and on a personal note, was one of my favorites as a teen. It's listed as intended for ages 13 and up. At the New Jersey school in question, it's been available in 7th and 8th grade classrooms for years without incident, though it was never taught as part of the curriculum. But none of that — not the fact that it was age-appropriate, the fact that it had one of the most prestigious award for young adult literature, nor the fact that teachers had for years considered it to be suitable for their students — prevented a single parent complaint from very nearly taking the book out of the school altogether.

Fortunately, the decision to remove the book was reversed, and Looking for Alaska will once again be found in seventh and eighth grade class libraries. Still, the fact that it was ever removed in the first place is concerning, especially given the circumstances.

In this seemingly every possible thing that could protect a book from a ban was in place: the novel is well known and widely popular; it's received extensive critical praise; it was placed in age-appropriate classrooms; it wasn't assigned reading; and the school district has a clear policy prohibiting the removal of educational materials without approval from the school board. And yet, the book was removed from classrooms based on a single complaint.

The fact that Looking for Alaska is back on the shelves is a possible sign that opponents of censorship have been successful in raising awareness and creating opposition to book bans in schools. However, the fact that the book was removed at all is a sign that we definitely need to keep spreading the word and fighting the good fight. Because it seems that no book is ever truly safe.

More like this
10 Must-Read New Books Out This Week
By K.W. Colyard
The 20 Best Audiobooks To Fall Asleep To
By Aoife Hanna and K.W. Colyard
Akwaeke Emezi’s Romance Is *The* Book Of Hot Girl Summer
By Shahed Ezaydi
Conversations With Friends' Endometriosis Scenes Are As Brutal As It Gets
By Ivana Rihter
Get Even More From Bustle — Sign Up For The Newsletter