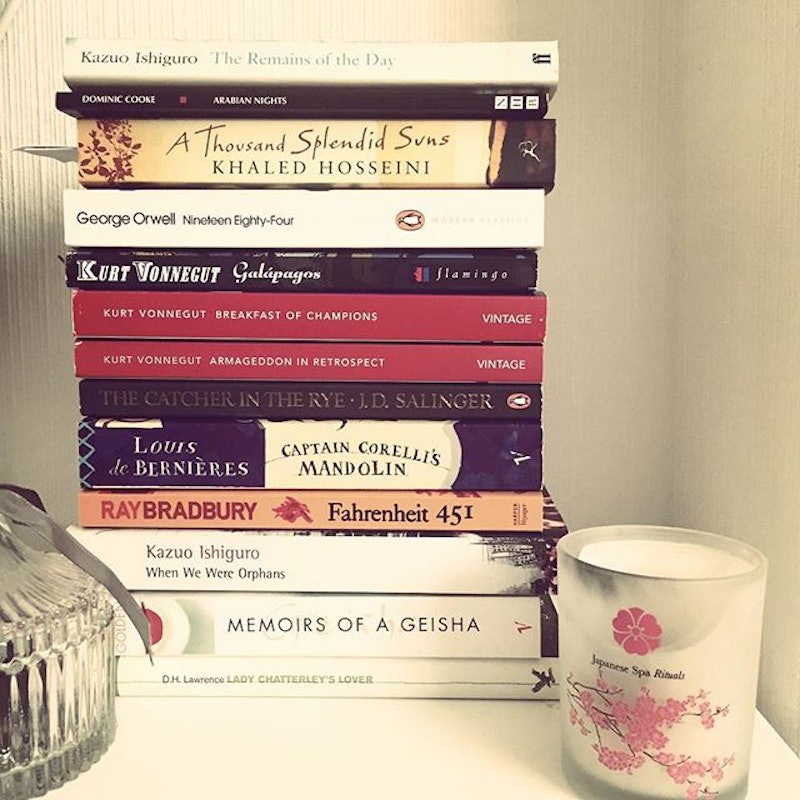 It's that time of year again. We're going back to school, pulling out sweaters and scarves, sipping our pumpkin spice lattes. And, of course, we're all asking: when is Banned Books Week 2015? This year, the annual celebration of our freedom to read kicks off on September 27 and runs through October 3.

Since 1982, Banned Books Week has been an annual event in the U.S., propelled by schools, libraries, and bookstores in support of our freedoms of speech and information. According to the American Library Association, more than 11,000 books have been challenged in the 30-plus years since Banned Books Week began. Among the most challenged books of 2014 were The Perks of Being a Wallflower, Persepolis, and The Absolutely True Diary of a Part-Time Indian.

Banned Books Week National Committee chair Judith Platt says that "Young Adult books are challenged more frequently than any other type of book," and, for that reason, Banned Books Week 2015 will focus on YA literature. More than half of last year's top 10 most challenged books were aimed squarely at young adult audiences, and a Banned Books Week blog post notes that "[a]ttempted bans on books of all kinds also frequently occur under the guise of protecting younger audiences."

That was certainly the case in New Zealand earlier this month, when the country's Film and Literature Board of Review banned Into the River , a YA novel by Ted Dawe. It's currently illegal to distribute Into the River in New Zealand, and even individuals who own copies are forbidden by law from sharing the book with others.

Every year, thousands of book nerds across the U.S. celebrate Banned Books Week by holding read-ins and encouraging others to enjoy the titles in defiance of censorship efforts. You can join in the fun now by using the #bannedbooksweek hashtag on your favorite social networks. I hope you'll participate when the celebration begins on September 27.