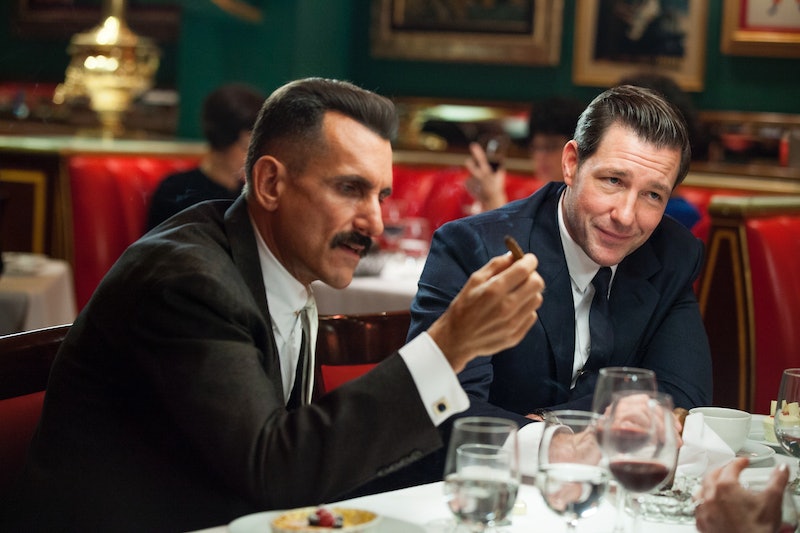 The debut season of Public Morals saw a New York City period piece wildly different than Mad Men, about cops tasked with enforcing the city's "moral" code, meaning gambling, racketeering, and other organized crimes. But the first season of the series, which was all about the Irish mob and the gangsters still living in Manhattan during the 60s, is coming to an end. So, what about Season 2 of Public Morals ? Its existence is still up for debate. TNT loves procedurals, but there's always a chance that Morals will wind up a one-and-done season, since period shows always have a higher bar to clear before getting renewed for additional season — they're costly and difficult to shoot, especially on location in New York City.

But, if the series is brought back for more, there's plenty on the table for Muldoon to go after in addition to the Irish baddies of Season 1. In an interview with Newsday, executive producer and star Ed Burns talks about his idea for Season 2: "If we're lucky enough to have Season 2, we'll go to the Lower East Side, controlled by Jewish gangsters."

That sounds like Burns has been working on that idea for a while, and might even have written a couple of scripts. Whether that means he knows something about TNT's decision or he's just proactive, there are even more possibilities for the vice squad to tale on in Season 2 of Public Morals.

While Public Morals is almost nothing like Mad Men, it does take place at the same time, just blocks away. And, since after eight seasons of that show, it's clear that no one indulged more vices than businessmen in the 1960s.

2. Try A Switch In Perspective

Speaking of Mad Men — that show became an all-time classic when it became clear that it wasn't just about Don Draper. Burns told Newsday that Muldoon is based on his father, a 60s cop, so why not ask his mom for a few autobiographical details to add to Season 2?

New York isn't the only place that had problems with vices in the early 1960s. There's Atlantic City, there's Las Vegas... Season 2 of Public Morals could take a trip for a few episodes.

While the show has done a great job of representing how easy it was for a kid without a strong parental influence could be drawn into the seedier side of NYC, James is fundamentally a good kid. But,why not show him disappear for a while into the dark side, and have an episode-long tour of the criminal underworld?

It's a good one, and it works to have a small neighborhood with a distinct cultural group in each season. If the Lower East Side is Season 2, other areas could be up next, like Little Italy or Chinatown. Public Morals became a quiet but successful procedural throughout its first season by observing a fascinating world that no longer exists, and there's plenty more in NYC for the show to mine in future episodes, so hopefully a confirmed Season 2 gets announced soon!