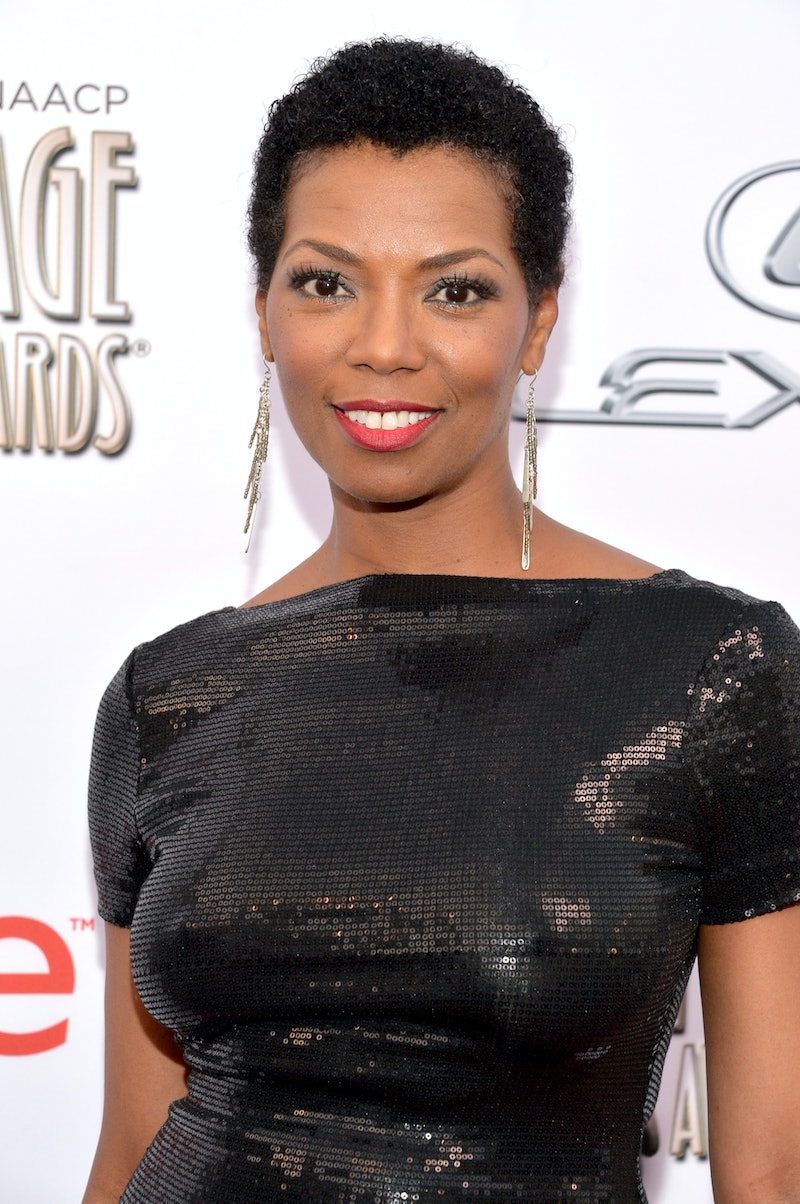 There are a ton of questions facing The Flash at the moment. Who is Zoom? What's the deal with Jay Garrick's loss of powers? How will Team Flash close the Central City connection between Earth-One and Earth-Two? And while all of those and many others are obviously important, the questions I'm most concerned with are those about Iris' mother. On last week's episode of The Flash, Iris' mother Francine finally came back into Joe's life asking to see their daughter. Where has Francine been? What's her backstory? While these questions are impossible to answer for certain, what we do is that the actress playing Iris' mother, Vanessa A. Williams, is a pro in Hollywood.

While I understand how the having the same name could confuse you, Francine is not played by the same Vanessa Williams from Ugly Betty, Desperate Housewives, and the 1984 Miss America Pageant. But Vanessa A. Williams absolutely has enough experience to take on a complicated role like Francine, a woman who is clearly estranged from both her daughter and ex-husband. She's been working in the film and television business for more than 25 years and has starred in quite a few popular projects during that time. Here are a few places you may recognize Williams from.

In both 1989 and 1991, Williams appeared in four episodes of The Cosby Show as two different characters. There was Cheryl, one of Theo's girlfriends, and there was Jade, Theo's friend's girlfriend who is way more dramatic than she needs to be. Both performances were hilarious and totally endearing.

Williams played Anne-Marie McCoy in this horror movie, a woman who lives in the Chicago building where the hauntings of the Candyman originally took place. She tells the main character Helen about an old story of the Candyman's victims.

The actress was sadly only in the first season of this hit TV show, as her character was quickly engaged and sent off before Season 2 began.

As Dr. Grace Carr, Williams portrayed a a first-year medical resident who graduated first in her class and made it pretty clear that she earned the honor in Season 3 of the drama series.

Finally, much like her similarly named actress counterpart, Williams was in Soul Food, though this time it was the TV series based on the film. The actress played Maxine in the TV series, which ran for five seasons.

Now we'll get to see how Williams handles acting against metahumans on Season 2 of The Flash.