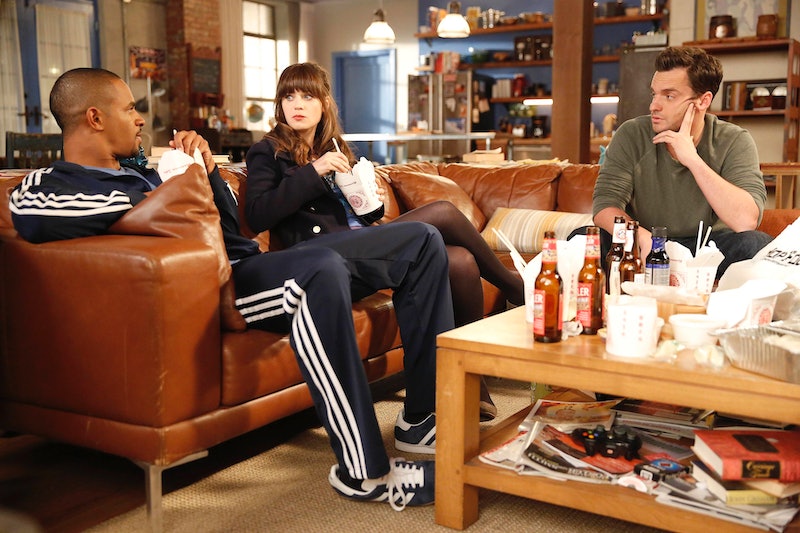 The last time you heard or read about the mysterious metabolism, there’s a high likelihood that you were given instructions on how to speed it up. We’re told left and right that various workout routines keep our bodies burning energy at a superpower rate for hours after we've wiped off the sweat, and that the right kind of breakfast can boost our metabolism for the rest of the day (there’s no scientific evidence to back this up, by the way). With all this information floating around on the Internet, it's no shock that we've become slightly obsessed with our metabolism, and most of us, myself included until recently, are convinced that a high metabolism equals good health.

However, recent research is changing that narrative. We're suddenly being confronted with compelling questions: How does metabolism relate to our lifespan? Is it more important to try to slow down our metabolism than worry about raising it? Can our basal metabolic rate really be altered by exercise and diet?

After exploring these questions themselves, numerous doctors and nutritional coaches are starting to suggest that rather than focusing on spiking up our metabolism in order to shed pounds, we instead think about slowing it down, thus saving energy and encouraging a longer life for ourselves. Don't believe me yet? Read on about the connection between a slow metabolism and longer lifespan.

What Exactly Is Your Metabolism?

Let’s cover the basics before we get into talk of how much time we've got left on this planet. Dr. Ananya Mandal, in an article for News Medical, says metabolism is a term used to describe "all chemical reactions involved in maintaining the living state of the cells and the organism." It's a word that references the very complex process in which our body breaks down molecules and synthesizes compounds. Dr. Mandal calls energy formation one of the most crucial parts of your metabolism.

That brings us to the basal metabolic rate, which is often used as a synonym for metabolism, but actually refers to the amount of energy your body needs to function each day at rest. It's responsible for nearly 75 percent of the calories you burn in a 24-hour cycle. Factors that determine this rate include muscle mass, age, height, environmental and hormonal influences, and gender.

How Is Your Metabolism Connected To Longevity?

One of the reasons our bodies physically and biologically age is the level of oxidative damage that assembles after decades of living a normal life, complete with eating, running, breathing, maybe giving birth, etc. All those normal activities — the basic “cellular energy production” — result in byproducts forming in your system, and, over time, these byproducts wear down your DNA.

OK, I may have just made aging sound really scary, but it’s not this sudden process in which your proteins and lipids deteriorate in a flash. It happens gradually over time, as your body naturally moves through the decades. At the end of the day, no matter how many antioxidants you add into your diet and anti-aging creams you purchase in an anxious flurry, you will age — because you’re constantly burning energy and accumulating free radicals.

So, connect all that with your trusty metabolism and basal metabolic rate. The faster they both work, the more energy you burn at a high rate, and the quicker you dissolve your cellular hardware. Essentially, a high metabolic resting rate means more oxidative damage, which brings us to the question...

Nobody can accurately predict the age you’ll be when you die, no matter how many sci-fi books and movies imply that the technology exists but is being craftily hidden. However, there has been research conducted on metabolism and lifespan, leaving us with interesting results that tell us more than we ever knew before.

A scientific study conducted in 2011 on a group of people over the span of 15 years, measured subjects' metabolic rates regularly, using two different methods. The deaths that occurred from natural causes were documented. For every 100 calorie increase in the individual’s metabolic rate, which must mean an increase in oxidative damage, researchers found that the person’s risk of death increased by almost 30 percent.

Furthermore, studies done on our not-so-distant primate relatives bring us to the same conclusion. Primates live much longer than other mammals and, like us, they grow slowly and give birth to few offspring. At Hunter College in New York, Herman Pontzer and his team spent a great deal of time with chimpanzees, orangutans, and apes at Lincoln Park Zoo in Chicago to find out why this was the case.

Quite simply, it came down to energy expenditure — these primates spend 50 percent less energy a day than mammals of parallel weight and size. Pontzer told New Scientist that the slower metabolism in primates might have been an evolutionary adaptation to help them handle food shortages. Primatologist Erin Vogel adds that because orangutans slowly transition to eating solid food during their adolescence, they're presented with a longer amount of time to learn how to survive; combine that with the ability to slow down their energy expenditure, and “this could buffer them against an uncertain environment,” resulting in a longer life span. Of course, if you're obese, that is not so great for your lifespan — but not all people with slow metabolisms are overweight, as we'll see below.

But Isn't It Better To Have A Fast Metabolism?

Any talk centered on diet and weight loss tends to revolve around hiking up our metabolic resting rate — that’s the true key to staying slim, apparently. Boost your metabolism and lose weight! If we had a nickel for every time we read that in an article, well, we’d be a bunch of ladies with a lot of nickels.

The Mayo Clinic informs us that we've been slightly duped, though. Metabolism may be connected to your current weight, but its speed rarely has anything to do with weight gain. What you see when you step on the scale is more connected to factors like genetic makeup, lifestyle choices, overall diet, and your hormonal balance. I know — I feel duped too.

You should also know that while all those kickboxing and yoga classes do burn calories and make you giddy, they have no direct effect on your body's basal metabolic rate. Dr. Joel Fuhrman, family physician specializing in nutritional medicine, writes for Disease Proof that while healthy exercise triggers the peripheral tissues to expend more energy; it “also increases muscle mass which in turn increases total calorie expenditure.” So while working out has its long list of benefits, the immediate metabolic boost the glossy magazine on your coffee table promises is not one of them.

This is not to say that having a fast metabolism is so bad that it's going to send you to an early grave. It's just that a high expenditure of energy isn't as connected to weight loss as we've been previously convinced, and while we go through our lives thinking that fast conversion of food into energy might keep us fit, research suggests that a slower conversion rate may be linked to longer lives. Keep in mind that none of this research has been done on humans, though, so all we know is how this connection plays out in various animals.

Should I Do Anything To Lower My Basal Metabolic Rate?

The short answer is: not necessarily. There's frankly not enough research on the topic to convince any of us to drastically slow down our metabolism in search for the fountain of youth. We should at least wait for more studies to be conducted on the matter — maybe on humans this time around — and speak to a general physician who is familiar with our bodies and health history.

Even though the metabolism you've got is mostly connected to the gene pool you were born into, your basal metabolic rate can be altered depending on what you regularly eat and how you move your body, as functional diagnostic nutritionist Marc Plano told the Daily Beast. Don't be convinced right away, though, that changing up your metabolism in this way will directly inform the number of years you've got left on earth. It's much more important to ensure that you're leading a well-rounded, healthy lifestyle.

At the end of the day, exercise, enjoy some pizza cake, and don't get too crazy about any of this. Stress, after all, is no better for your body.