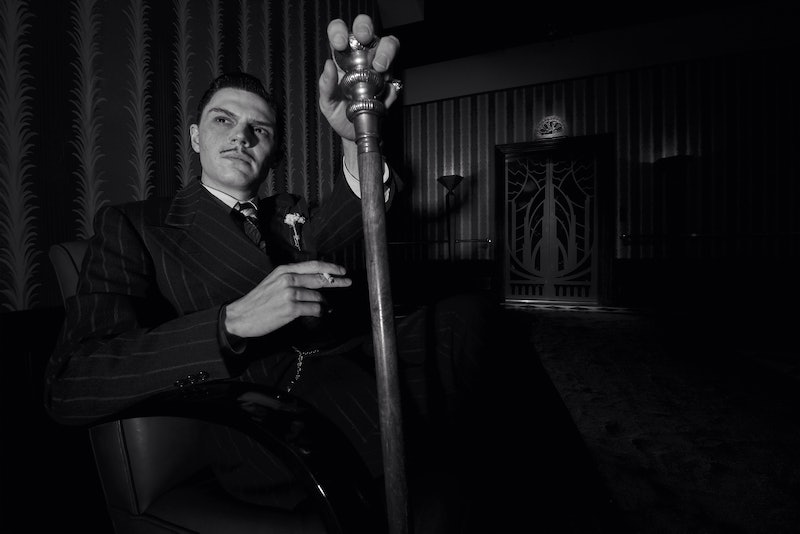 I am really hoping that someone will join me in my complete infatuation with Mr.March, Evan Peters' delightfully evil character on American Horror Story: Hotel . The Vincent Price voice? The thin little creep-stache? The suspenders? I'm simultaneously into it and completely disturbed by it at the same time. Unfortunately, the real life inspiration behind Evan's character can't be pacified by television magic, he was a flesh and blood monster straight from the pits of hell. So who was the man who inspired such a terrifying fictional portrayal? According to showrunner Ryan Murphy, Mr.March is based on prolific serial killer H.H. Holmes. Trust me, you didn't want to know this guy.

Doctor H.H. Holmes (also known as Herman Mudgett) is often referred to as, "America's First Serial Killer" and he honestly deserves the title. The child of wealthy parents, he reportedly started out his privileged life like many serial killers seem to start out... by torturing and killing animals. Pro tip: That's never a good sign in a child. If you ever come across a child that does this, run away and tell an adult because that kid is probably going to grow up and murder you. Nonetheless, he went on to receive a medical degree from the University of Michigan, where it's reported he made a habit of experimenting on stolen corpses. Standard grad school stuff, right? Right.

Unluckily for the residents of Chicago, he moved out there in 1886 and snagged a job at a pharmacy upon his arrival, according to the Encyclopedia Britannica. After the owner "mysteriously" disappeared (cue a big ol' eye roll), Holmes took over the business. This allowed him to buy the land across from it and start building what would lovingly be referred to as the "Murder Castle," which was actually more horrifying than any place you could conjure up in your darkest nightmares.

Like Evan Peters' character Mr. March, he delighted in turning his home into his own personal torture chamber "complete with trap doors, soundproof rooms without entrance or exit, pits of acid and quicklime and a specially constructed furnace that captured suspicious odors and burned to excessive heat." He even rigged his personal bedroom with controls that allowed him to fill various air tight rooms with poisonous gas, because that's what home ownership is all about!

According to the History channel's website, in 1893, Holmes used the World's Fair as the perfect opportunity to lure people into his home of horrors. He advertised it as a hotel and people came in droves to stay. Most (but the real number is still not known) of these unfortunate folks didn't make it out. Some victims were wooed with promises of employment or women that the charming beast would seduce and murder. Unfortunately for Holmes, his penchant for getting caught up in insurance scams finally became his undoing. Biography.com reports that he was finked on by one of his scamming buddies and eventually the entire nightmare unfolded before authorities' eyes.

He was finally convicted on multiple counts of murder and hanged on May 7, 1896 and with his exit, he solidified his place among the most terrifying monsters the world will hopefully ever see.

Oh, until Mr. March came along and quasi-resurrected him. But, at least Mr. March is fictional.