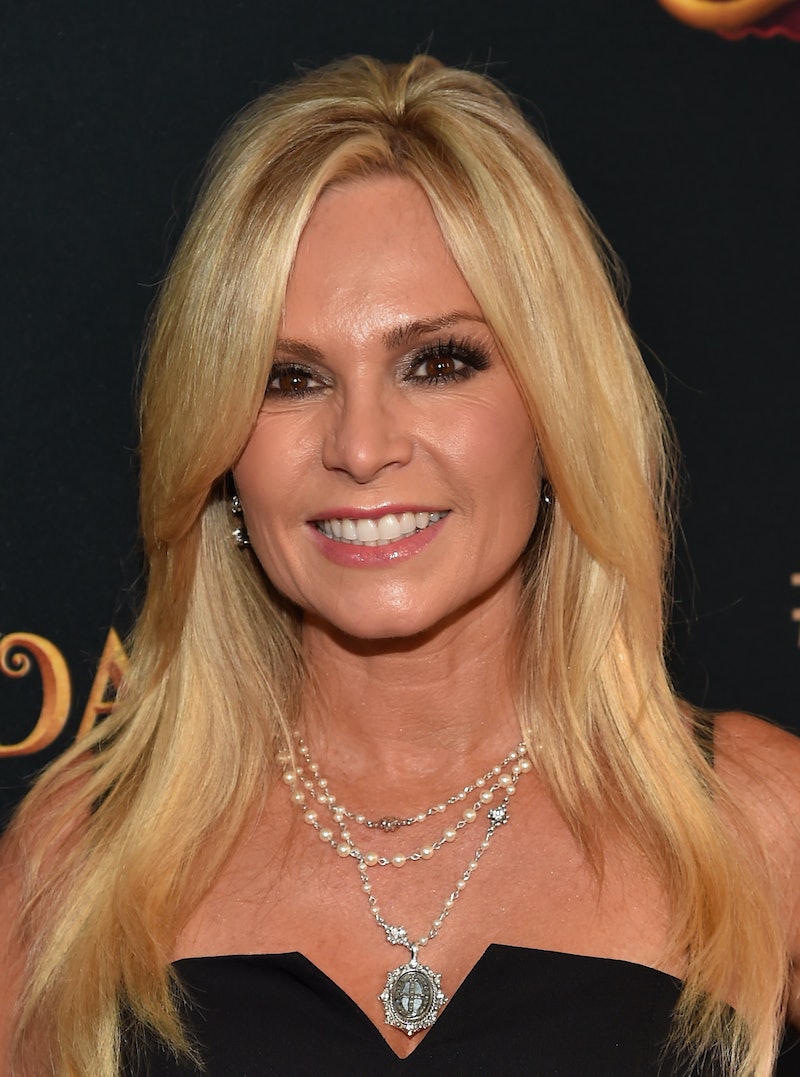 It has been no secret that Tamra Judge was renewed this season of Real Housewives of Orange County , but we didn't really know what led her to her new found relationship with religion. Season 9 of RHOC proved to be a season where Tamra was pegged the villain, but little did we know, she was going through a lot that eventually led her to renewing herself with her faith. On the RHOC reunion, Tamra opens up about her estranged daughter who essentially cut Tamra out of her life, and the news was heartbreaking and shocking.

For fans who have watched Real Housewives of Orange County for a while, we've known that Tamra's split from husband Simon was rough. Something you might not have realized is that Tamra has been dealing with custody issues since her split from Simon. During the reunion, Tamra revealed that her daughter, Sidney, has been estranged for two plus years. And no matter what your opinion of Tamra is, you have to really feel for her during her time of opening up about the struggle of reconnecting with her daughter.

According to Tamra, her daughter told her two years ago that Tamra was ruining her dad's life and since then Sidney hasn't been back to Tamra's in two years. The two started to mend their relationship until Tamra and Simon's custody battle became public information and was all over the press. Because Sidney was 17, she was able to choose by the court-appointed therapist who she wanted to live with. She chose her father. Tamra says the last time she saw her daughter was when she testified against Tamra in court.

So where does religion fit into all of this? Tamra says that during all of this, a woman walked into work and invited Tamra to church. Tamra hasn't stopped going since, and feels that it has helped her through the tough times.

These revelations about Tamra's relationship with her daughter are really heartbreaking. The entire time Tamra told the story, she was sobbing. In a perfect world, Tamra wouldn't have an issue with her daughter. But because that seems to be a work in process, I hope that Tamra and her daughter can at least find peace in their relationship.