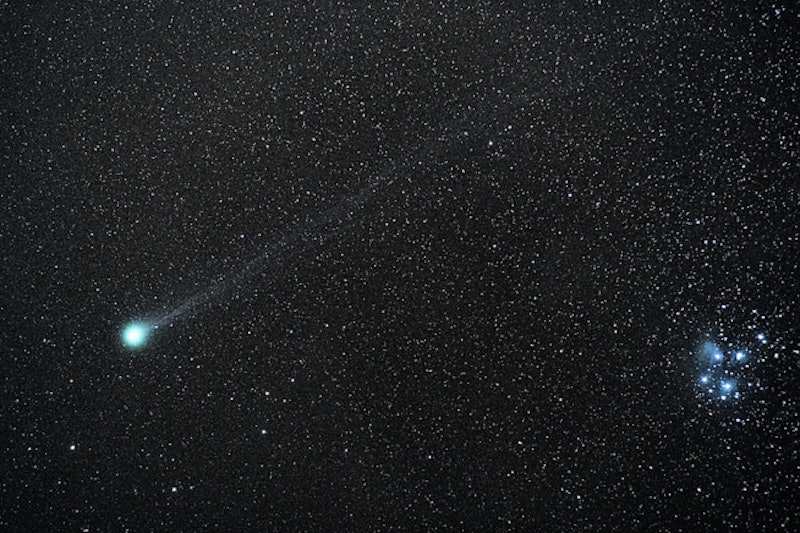 On October 31 an asteroid is going to mosey on by the earth, so here’s everything you need to know about the asteroid coming on Halloween. The cosmic occurrence is perfectly timed with the spookiest day of the year, so maybe you want to find the best space themed costume to watch the interstellar rock fly by. Ready your telescopes and find a cosy place on the roof, and prepare to see a flash across the sky. The asteroid will fly close, and it will fly fast, so be prepared!

Because I was on a flight and missed the recent red moon, I’m particularly excited about the asteroid, because unless I need to take an impromptu flight for some reason, I will hopefully be able to get out to see it. And seeing things shoot by in the sky is generally a pretty good reminder of how small we are, and how big everything out there is. Also, if you squint you might be able to see aliens riding it. I just made that last part up, but it would be cool if it were true right? Just so you don’t get any more crazy misinformation, here’s everything you need to know about the Halloween asteroid:

Sounds very Star Wars-y. (Just in time for the trailer release ... I'm onto you, aliens.)

3. It Was Seen For The First Time On October 10

Astronomers in Hawaii were actually thrown for a bit of a loop when they first saw it, because it was much closer to earth than any other undetected meteor has been in the past.

4. You Can Spot It With A Telescope

On night of October 30, and just before dawn on October 31, you'll be able to see it streak across the constellation of Orion.

5. Its Velocity Is 35 kilometers per second

Which is considered “unusually high”.

6. It Will Not Collide With The Earth

The asteroid will pass at “16.3 lunar distances away from us,” which is far enough not to have to call Bruce Willis to prevent armageddon. Phew.

7. This Will Be The Closest Asteroid To Pass Earth Since 2004

And NASA predicts no other space matter will come that close until 2027.

More like this
How To See The Lunar Eclipse On May 15-16, 2022
By Kaitlyn Wylde
What The History Of Pride Month Means For Celebrations Today
By Jay Polish
25 Quotes About Love To Share During Pride Month 2022
By Madeleine Aggeler and Emma Garza
The 6 Best Air Conditioner Alternatives
By Vanessa Spilios
Get Even More From Bustle — Sign Up For The Newsletter