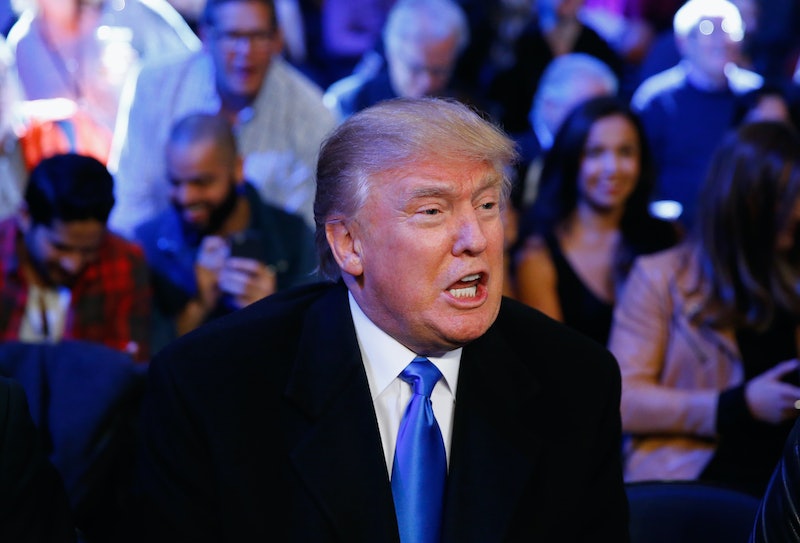 If you lean Democratic (or even if you're a Republican), chances are good that you've made at least one joke about Donald Trump's bid for the White House in 2016. Every time Trump speaks out about another candidate or appears on a talk show, the media often reacts with jokes about his attitude or his hair. But out of the many GOP presidential hopefuls, he is still leading in the primary polls. It's time to stop treating Trump as a punchline, because his presidential campaign isn't a passing fancy.

Bruce Mehlman, a Republican lobbyist with Mehlman Castagnetti, has created a chart that illustrates why Trump's candidacy isn't just a fad as part of his quarterly "Washington Update." Other "fad" candidates' times as presidential primary frontrunners haven't lasted as long as Trump's has (regardless of political party). Trump's time as the GOP frontrunner in primary election polls makes him the longest-running leading "fad" candidate since 2004. In that year, Howard Dean, former governor of Vermont, was the Democratic primary frontrunner for 90 days. But on Monday, Donald Trump marked 91 days as the GOP primary frontrunner, and he doesn't appear to have any intention of withdrawing any time soon.

Even if you don't support Trump's politics, we need to recognize that there is a real chance he could be the next Republican candidate for president. It's time to start listening to what he says during debates, at campaign stops, and in interviews, because there's a lot more to him than his hair (and The Apprentice). If Trump were female, there'd be thinkpieces everywhere decrying the media's scrutiny of his appearance and its failure to listen to what he has to say. Trump deserves that same respect, regardless of whether or not you agree with his viewpoints.