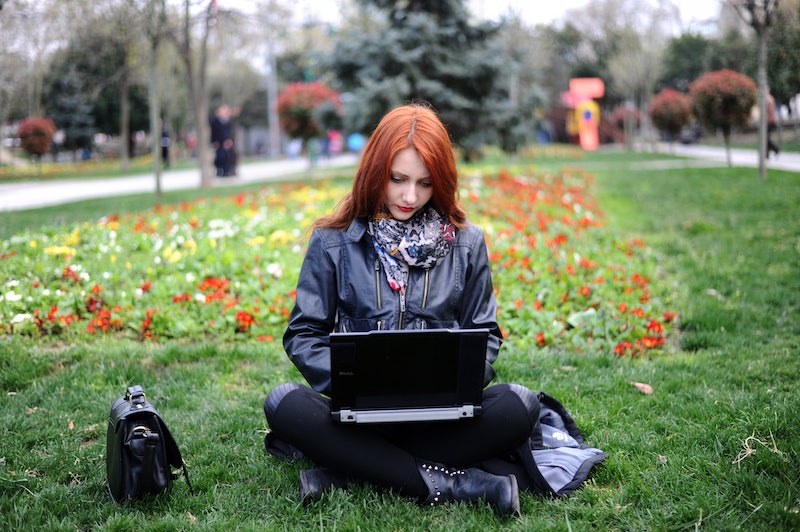 The third Republican primary debate will take place Wednesday, Oct. 28, at the University of Colorado's Boulder campus, and it's sure to be an event to remember. CNBC is hosting the debate, and the network will limit the running time to 90 minutes — a two-hour broadcast, once you factor in commercials and opening and closing statements. The event will be broadcast live, but if you don't have access to CNBC, you can stream the debate online with the network's TV Everywhere service, too.

CNBC's website features a "Live TV" tab, and even has a pause button so you won't miss a second, but there's a catch. To livestream CNBC on its website, you need to have a cable or satellite provider login. In a statement provided to Bustle, a CNBC customer service representative explained that the debate livestream will be "available to all CNBC digital customers who authenticate via TV Everywhere on CNBC.com, mobile apps, or Apple TV, as well as to CNBC PRO subscribers." The debate will also air on SiriusXM satellite radio channel 112 and Westwood One. That's great news if you have a TV service provider — but if you don't, now's a great time to get friendly with your parents or friends and borrow someone's login information.

If you don't have a login, you may still be able to take advantage of certain hacks to access the debate. If you're a financial buff and are interested in watching more CNBC in the long haul, CNBC Pro may be a good option to consider. The service allows you to livestream CNBC programs, as well as access real-time equity quotes. It costs $29.99 a month, but CNBC offers a free seven-day trial, so you could always use it to watch the debate and cancel the subscription before you're charged.

A live TV streaming service may also let you watch the debate, though the channel isn't featured in all such services. But Roku, for example, features a CNBC Real-Time channel. The downside is that you can't do a free trial of Roku; you will have to pay $49.99 for the stick itself. But if you're a TV buff and don't have cable access, Roku may be a worthwhile investment, as it provides access to a number of TV channels in various categories.

During next Wednesday's event, the Republican presidential candidates with a polling average of at least three percent will appear in the prime-time debate at 8 p.m. Eastern time, while the other candidates will appear in a separate debate at 6 p.m. The debate will be moderated by Carl Quintanilla, Becky Quick, and John Harwood. The event's length is particularly notable, thanks to Donald Trump; the GOP frontrunner threatened not to attend the debate if it did not allow for opening and closing statements. Fellow candidate Ben Carson did the same, and together, the pair got CNBC to change its rules to accommodate them.

If the third Republican debate is anything like the first two, it's sure to be a night to remember. The debate will focus on the economy, and its three moderators all have extensive background in financial reporting, both at CNBC and at The Wall Street Journal. None of the candidates will get off easy in this round — it's time for them to put their claims about improving the United States to the test.

But while most of the nation is excited to watch the Republican presidential hopefuls duke it out over the 2016 election, not everyone is pleased about the upcoming debate and its location. Several students at the University of Colorado-Boulder expressed their dissatisfaction with the debate being held on campus in an interview with The New York Times. Many students and faculty members were disappointed that more tickets weren't available for the university community, and some students have gone as far as to organize protests during the event, as Boulder is a left-leaning community. One protest group is even taking the "GOP clown car" punchline to a new extreme, asking supporters to wear clown costumes to a demonstration about the debate. So even if you're not interested in Republican politics, the news coverage around next Wednesday's event is sure to be plenty of entertainment.

Streaming the third Republican presidential debate online will be a bit trickier than watching the first two, but it will definitely be worth it. If you're a political junkie or are passionate about the economy, it's worth your time to figure out how you're going to watch the next debate, whether that means organizing a viewing party with someone who has CNBC access or using a streaming service.