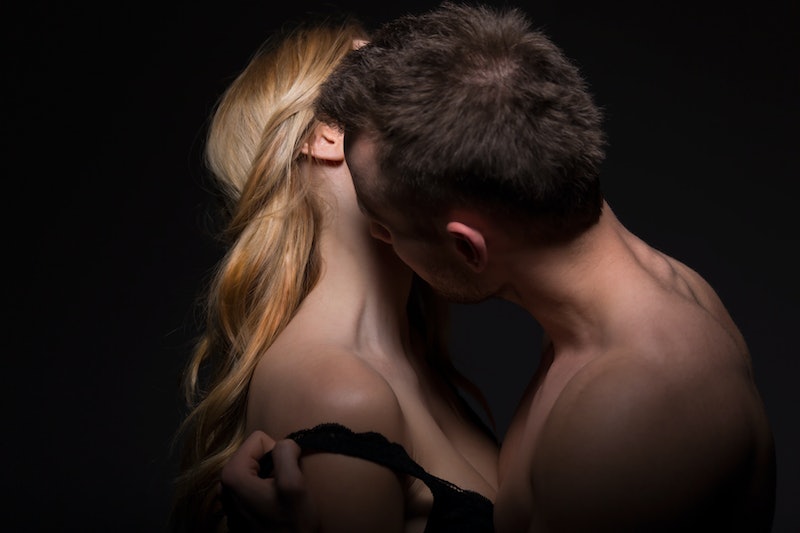 It is a truth universally acknowledged that we are living in an age of hookup culture. Whether it's a dating app obsession, unwillingness to commit, or emotional unavailability, it seems like millennials are more focused on getting laid than finding love. Though some might condemn it for its lack of seriousness and intimacy, there's no denying that, given the right circumstances, casual sex can be totally healthy.

According to a new survey about casual sex by Adam & Eve, 70 percent of Americans have copped to having at least one one-night-stand, while the average number of one-night-stands is between two and five. Obviously, there's nothing wrong with having a one-night-stand: Sex is fun, and as long as it's safe and consensual, there's no reason not to enjoy a romp in the sheets with a rando. Nine percent of people have actually had more than twenty one-night-stands, which is actually pretty impressive if you stop to think about it.

Like it or not, casual sex isn't going anywhere, and it's about time we stop shaming people for their own personal, sexual decisions. Here are nine other facts from Adam & Eve about what Americans are doing between the sheets — it seems like we're DTF, even if we don't have a BF or GF.

1. Sex Is Better In A Relationship

No surprises there: 22 percent of respondents said that sex was better while in a committed relationship (probably because it's easier to communicate with someone you know and love). On the other hand, 11 percent felt that casual sex was better, and another 11 percent felt it was roughly the same.

2. The Average Person Has Sex 103 Times Per Year

Round of applause for those in a relationship who get to have sex regularly and are therefore skewing this number! 33 percent of people said they have sex once or twice a week, while 17 percent said they had sex "seldom or never." That's pretty depressing, IMHO, but it's still promising that the average person gets laid about twice a week.

3. 22 Percent Of People Had An Orgasm During A Hookup

That's a pretty low number, and pretty much confirms that the orgasm gap is still a problem, even though it's getting better thanks to Millennials. Just remember not to be shy about communicating what does and doesn't feel good, and we will be well on our way to making sure everyone has an orgasm, even during a one-night-stand.

4. Half Of Americans Have Had Fewer Than 10 Partners

5. 48 Percent Of Americans Are Satisfied With Their Sex Lives

That number makes me a little sad, though, because that means the majority of Americans are unsatisfied with their sex lives. :(

6. The Average Sex Sesh is 7 Minutes

7.3 minutes, to be exact. This number doesn't include foreplay, thank God: The average couple spends about 20 minutes engaging in foreplay. And, damn, kudos to the 12.5 percent of people who said their sexual encounters usually average over an hour long.

This might come as a shock, but all those college kids who seem to only want to get their rocks off? Yeah, most of them actually hope that their hookup buddy will eventually turn into a full-on SO. The survey found that 65 percent of women and 45 percent of men hoped that a FWB would turn into a committed relationship. Also, 72 percent of college students had at least one hookup by their senior year, and the average numbers were 10 hookup partners for men, and 7 for women.

8. 33 Percent Of People Had More Than One Partner In 24 Hours

This is either seriously impressive, or seriously concerning, depending on your point of view. For what t's worth, 81 percent of these people were male.

9. More People Meet At Bars Than On Dating Apps

This might come as a shock, but only 11 percent of people asked said they met their hookup partner online, compared to the 18 percent of people who said they met at a bar. It's also worth nothing that 12 percent found a hookup at work, and another 10 percent at school. It seems that despite Tinder's best efforts, meeting someone IRL might still be the most effective way to get laid.

Want more of Bustle's Sex and Relationships coverage? Check out our video on sex positions for small penises

More like this
Are Quality Time & Gift-Receiving Love Languages Compatible?
By Lexi Inks
The 19 Best Tweets & Memes About Bisexual Awareness Week
By Lexi Inks
10 Creative Sexting Ideas That Don't Involve Nudes
By Lexi Inks
Breeding Kinks Have Been On The Rise Since Roe V. Wade Got Overturned
By Lexi Inks
Get Even More From Bustle — Sign Up For The Newsletter