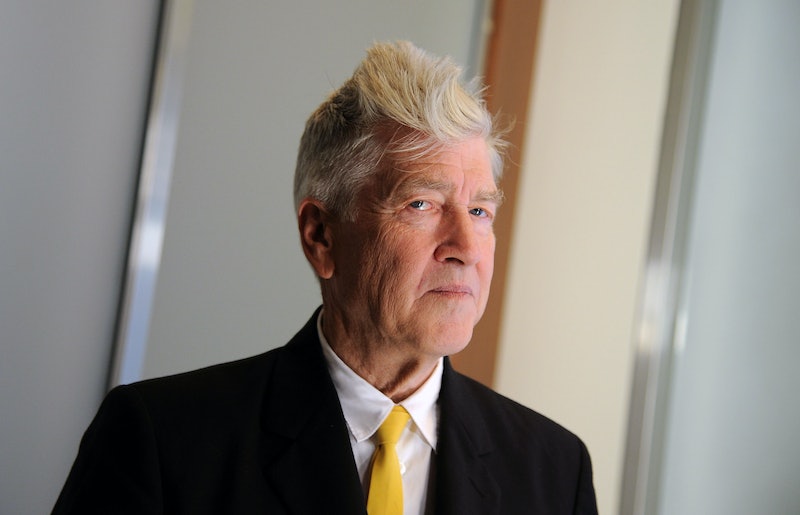 Are you ready to get weird again? Because David Lynch is ready to get weird (continuously). In that he seems to be gearing up to film more Twin Peaks .* So there's that. Are you ready? We're not sure if we're ready. In the finale episode of Twin Peaks Laura Palmer tells Kyle MacLachlan's Special Agent Dale Cooper that she will see him again in 25 years. That series was set in 1989 (though it aired '90-'91), so 25 five years from then is...well, right about now. 2014, to be exact, so in fact it's exactly now. Oh god. What does it mean.

For now it means that David Lynch is totally filming new Twin Peaks footage. There's a casting call and everything! It includes the term "HOT Caucasian girl," which is a term that should at once be used all the time and never ever again. Via Sande Alessi Casting and Welcome To Twin Peaks, here's the call itself:

TWIN PEAKS PROMO. Directed by David Lynch. Shoots in Los Angeles on Tuesday, January 7, 2014. Prob a 6 hour or less day. Rate is 150/8. You must live in LA to submit. I don’t think SAG has jurisdiction on this, so SAG and NON can submit. I have called SAG to double check this and I am awaiting a call back to confirm.

Most of the speculation right now seems to revolve around this being a thing in service of the Twin Peaks Blu-Ray set that is occurring soon, which would make sense.

Make of this what you will, Twin Peaks fans, and revel in the general weirdness that will undoubtedly occur in the audition room for whatever actresses get the chance to try their hand at this.

More like this
David Tennant’s Transformation In ITV’s 'Litvinenko' Is Astonishing
By Sophie McEvoy
'The Holiday' Director Just Addressed *Those* Sequel Rumours
By Sam Ramsden
These ‘Love Actually’ Plotlines Are “Out Of Date,” According To Director Richard Curtis
By Grace Wehniainen
This Iconic ‘Love Actually’ Scene Drove Alan Rickman “Insane”
By Grace Wehniainen
Get Even More From Bustle — Sign Up For The Newsletter