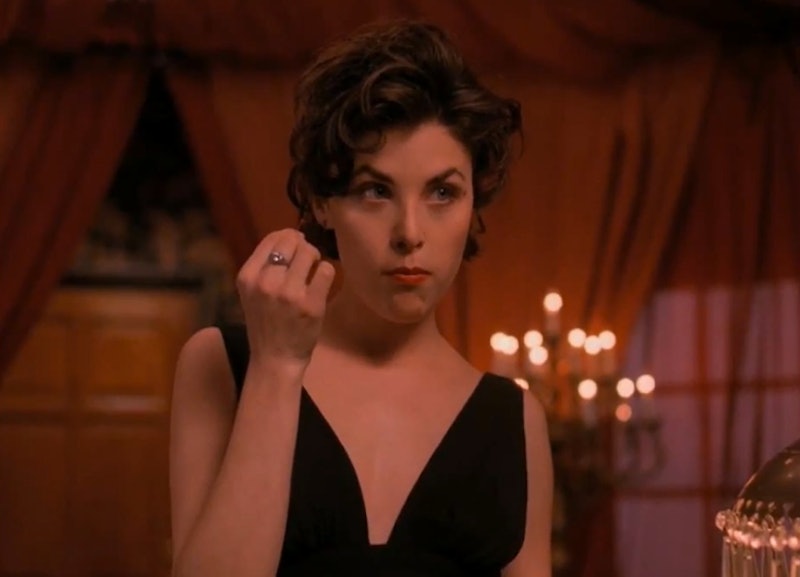 Rumor squashing is a tried and true necessary annoyance and it can certainly sting if it's tied to some genuinely exciting news, like the gossip that David Lynch was possibly filming more Twin Peaks. Alas, it appears now that David Lynch is not filming more Twin Peaks , at least according to Mark Frost, who co-created the series with Lynch. So, y'know, he's probably in the know.

The rumor spread like wildfire — I am guilty as charged with helping that along — through a casting call looking for a "HOT Caucasian girl – BRUNETTE OR REDHEADS ONLY to play waitress. Age 18-27," supposedly to take part in a Lynch-directed promo. This made sense, given that Laura Palmer had told Agent Cooper she'd see him again in 25 years, and 25 years from 1989 is, well, now.

It also fit pretty perfectly with the fact that a Twin Peaks Blu-Ray is coming out this year, and is therefore open to all kinds of tantalizing extra features.

Alas, it is apparently not meant to be. Frost linked to the casting call on Twitter with the comment that it's "another strange baseless rumor." And so it may be. But it was still gonna be awesome.

More like this
David Tennant’s Transformation In ITV’s 'Litvinenko' Is Astonishing
By Sophie McEvoy
17 Photos Of The 'Wednesday' Cast Vs. The 1991 'Addams Family' Cast
By Grace Wehniainen
The 'Kenan & Kel' Reunion On 'SNL' Took A Dramatic Turn, Thanks To Keke Palmer
By Brad Witter
These 'Criminal Minds' Throwback Photos Show The Cast’s 17-Year Evolution
By Grace Wehniainen
Get Even More From Bustle — Sign Up For The Newsletter