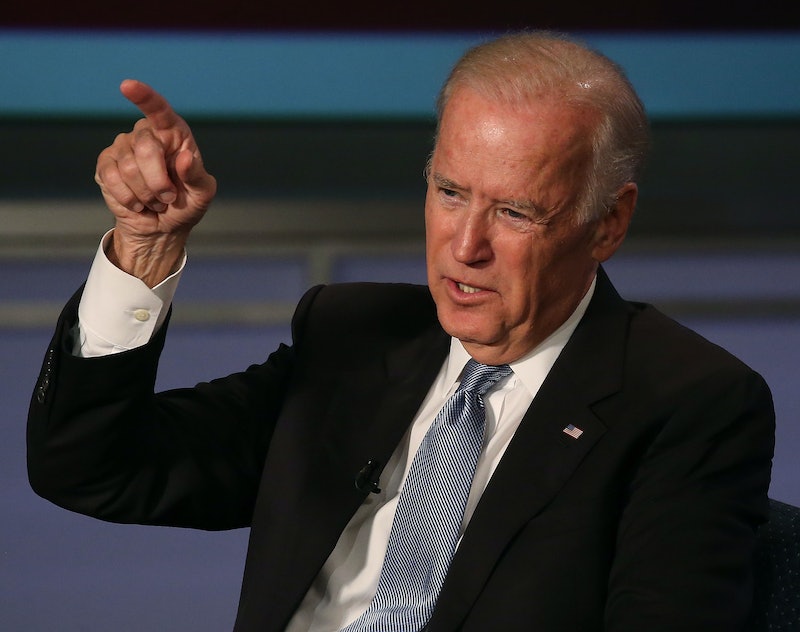 Vice President Joe Biden's announcement that he will not run for president Wednesday afternoon left many wondering what he will do next. He said that "the window has closed" for the launch of a presidential campaign, but don't feel sorry for the vice president just yet. After leaving the second-highest political office in the land, Biden's options are wide open.

He has not announced any specific plans, but one thing is certain: Biden will not disappear from the political arena. "While I will not be a candidate, I will not be silent ... I intend to influence as much as I can where we stand as a party and where we intend to go as a nation," he said at his press conference. It is not yet clear whether the vice president and senator of 36 years will continue a his role as politician. Regardless, he will use his voice and experience to influence politics.

In his statement, Biden made his feelings about the next Democratic presidential candidate quite clear: He or she should continue the legacy set by Obama. “This party, our nation, will be making a tragic mistake if we walk away or attempt to undo the Obama legacy. Democrats should not only defend this record and protect this record. They should run on the record.” As of Wednesday, Biden has not endorsed a candidate. Although he has criticized both Hillary Clinton and Bernie Sanders on several issues, as one of the most influential members of the Democratic Party, he will likely announce support for one of the two.

After his term as vice president is up, Biden may consider a number of options. He served as Senate Foreign Relations Committee chairman up until 2009, when he joined the Obama administration. He has extensive knowledge of diplomacy, so he might very well take on a role representing the United States government abroad. Early in October, Biden, who is famous for saying a little more than he should, told a group of labor leaders that he might be "demoted" to secretary of state. He later claimed it was a joke.

In light of the recent death of his son, politician Beau Biden, in May, there has been speculation as to whether Joe Biden might turn his focus towards political advocacy for cancer research. “If I could be anything,” Biden said in his speech, “I would have wanted to have been the president that ended cancer, because it’s possible.”

The political action committee "Draft Biden," which pushed for Biden's 2016 campaign, released the following statement in support of the vice president:

According to The Hill, Draft Biden's administrators have not yet decided what to do with the money they raised to support a potential campaign.

In the past, ex-vice-presidents have taken on a diverse array of roles. Interestingly, only two were elected to serve as president after their VP role ended — George H.W. Bush and Martin Van Buren — although others rose to commander-in-chief after the death of the sitting president. Some continued political careers on the federal level. Former Vice President Dick Cheney remained active in politics as a conservative commentator, and has published books on foreign policy. Previous VP Al Gore also used his political influence to criticize the following administration, and continued his lifelong passion for environmental activism. It is likely that Biden will also use his newly-found free time to pursue a passion project.

Whatever he decides, here's to hoping that Biden takes it easy for a while after 2016. Some R&R on a Delaware beach is more than deserved after 45 years in political office.