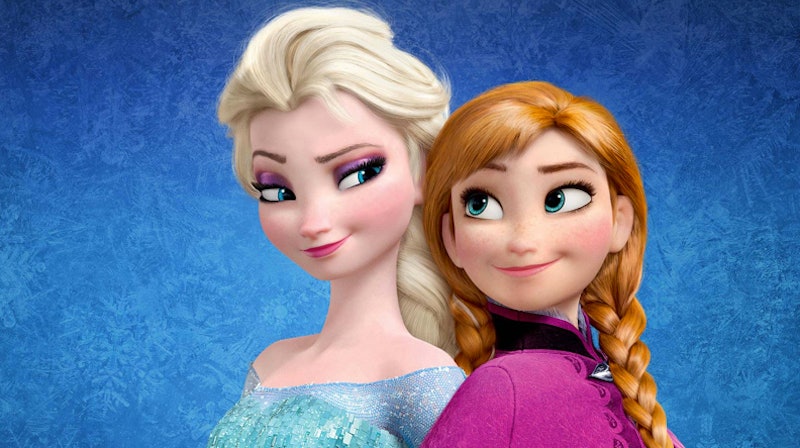 Call it the power of a good Idina Menzel belting session, call it the power of a child's sway in the going-to-the-movies decisions, call it a big fuck you to the patriarchy. It's probably all of the above, but Disney's Frozen is box office queen once again. It beat easy moneymaking indie horror franchise Paranormal Activity ∞.

Paranormal Activity's fifth installment is actually called Paranormal Activity: The Marked Ones, and they still did pretty well for themselves in the wake of the heaviest of the winter box office season with a healthy $18.2 million opening weekend. This is makerdly lower than the $22 million opening weekend people had been predicting for it, but what can we say, sometime you just need to watch Idina Menzel sing a veiled "fuck it all" to her internalized oppression.

Frozen's been around longer and already made major patriarchy-smashing bank, but is number one once again with $20.7 million. The rest of the box office top this weekend? That'd be The Hobbit: Desolation Of Smaug, The Wolf Of Wall St., and American Hustle. That's some classic blockbuster fantasy fare, a horror movie, an opulent movie starring Leo DiCaprio, and two prestige awards season bait movies (one of which is also the former Leo DiCaprio movie). Seems about right.