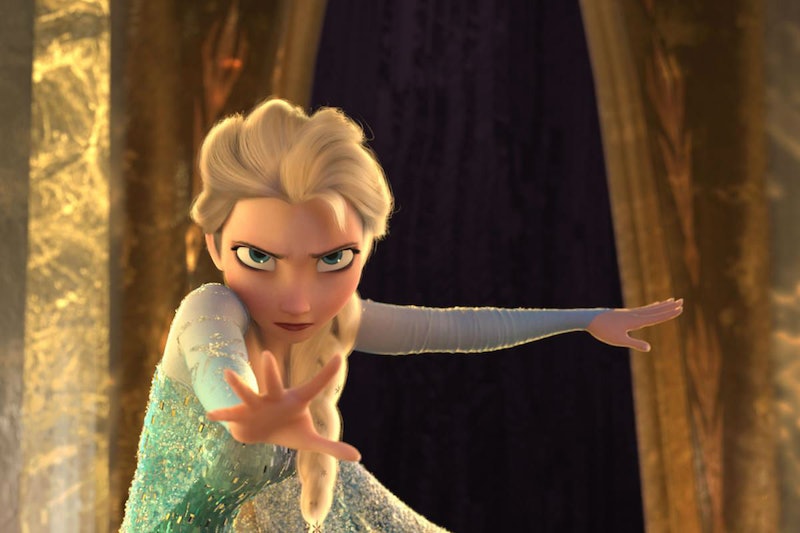 The Thanksgiving holiday was a big one the ladies. Disney's Frozen and The Hunger Games: Catching Fire are already leading the charge into one of the biggest box office weekends of the year. It's nice to know that some moviegoers still know what's good for 'em, even if the movie industry itself is apparently still largely dominated by men.

Heading into the long weekend, stories about a young woman destined to inspire a nation and sisters whose relationship is in great need of mending are the tales grabbing audiences. The ladies of Frozen are already surpassing another recent Disney heroine, Rapunzel in Tangled, in her Thanksgiving debut back in 2010 with a combined $26.3 million for both Wednesday and Thursday for the newest Mouse House hit. Disney's musical animated feature was perfectly poised for a weekend victory with the vocal talents of Broadway star Idina Menzel and adorable real life pixie (probably) Kristen Bell as the voices of Elsa and Anna, sisters based on characters from Hans Christen Andersen's The Snow Queen.

But the girl power wasn't confined to sweet, singing cartoon ladies. Katniss Everdeen (and the unrelentingly awesome Jennifer Lawrence) led Catching Fire to another huge box office victory with $20.3 million on Wednesday and $14.9 million on Thursday, and that's after a debut weekend that brought in a record-breaking $161.1 million. Insert jokes about The Girl on Fire being so on fire! here. This is good news for the Hunger Games franchise, whose first installment reached a total of over $400 million; Catching Fire is on track to be hit number two for the film series.

The statistics may still show great gaps between men and women in the film industry, but if we've learned anything this holiday weekend, it's that audiences are up for a much needed shift.

More like this
5 Wild Theories About Miley Cyrus’ “Flowers” Music Video
By Jake Viswanath
Rupert Grint Just Shared A *Major* Update About Ron Weasley’s Future
By El Hunt
12 Years Ago, Austin Butler Manifested His Oscar Nom In This Disney Movie Scene
By Jake Viswanath
Sandra Bullock’s Razzies Speech Proves She’s The Ultimate Miss Congeniality
By Sam Ramsden
Get Even More From Bustle — Sign Up For The Newsletter
From hair trends to relationship advice, our daily newsletter has everything you need to sound like a person who’s on TikTok, even if you aren’t.