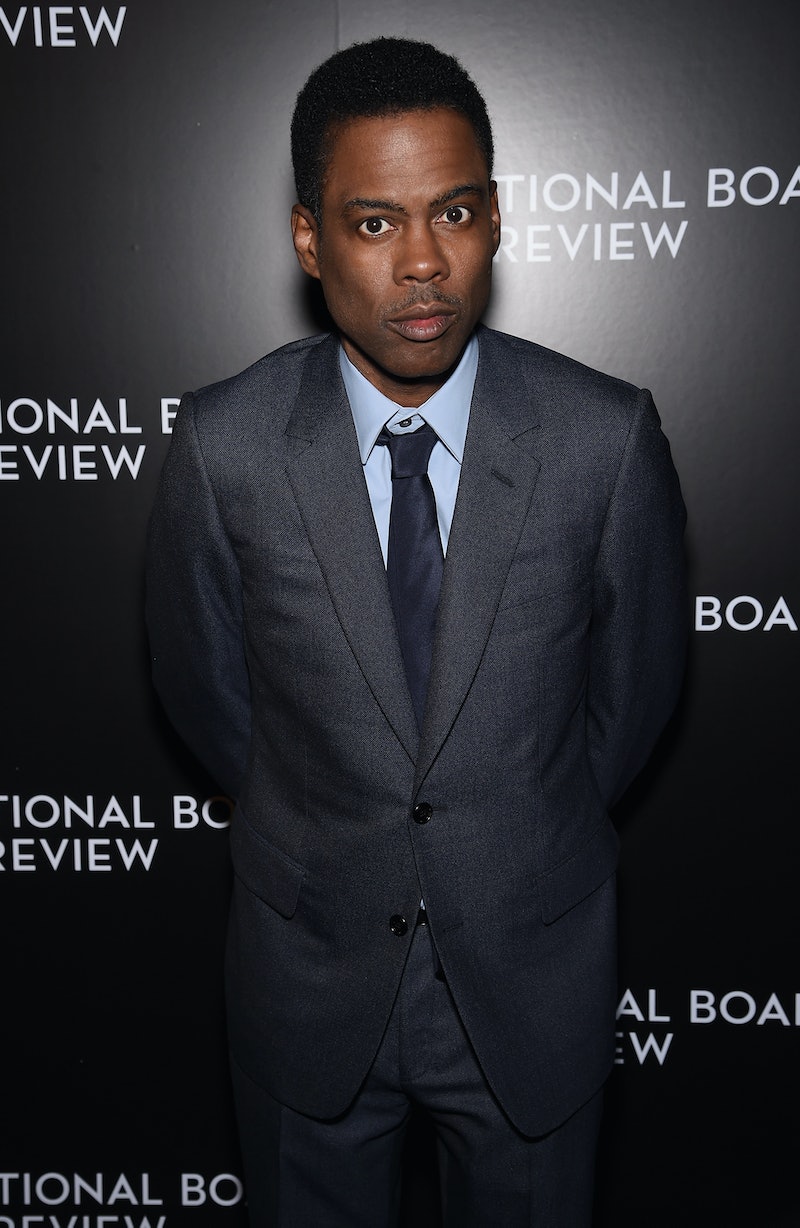 Let's face it, the Oscars haven't exactly been known for promoting diversity in the past. In fact, the Oscars is to diversity what Chris Rock's comedy is to subtlety: Neither of them do much about the fact that they just don't have it. Rock has no filter when it comes to his comedy, and no qualms about criticizing a culture which spares exceptionally fewer opportunities for non-white people (and he delivers it all beautifully). In fact, it's actually because of this that Rock was the obvious choice to host the 2016 Oscars.

During the 2015 Oscars, for the first time since 1998, the Oscars failed to nominate a single non-white actor — and, as a result, the awards show was heavily criticized for "whitewashing" their nominations. Whilst there were rumors at the time that Rock was in talks to actually host the 2015 show (something he heavily refuted, according to The Wrap, claiming he "didn't even get an offer"), the host gig actually went to Neil Patrick Harris.

Harris was a terrific host, no question, but he is also exactly the sort of performer that most roles in Hollywood sadly end up going to — a white male.

Politics aside, Rock isn't just worthy of the Oscar host position for being a comedian at the top of his game. In fact, he's something of a renaissance man with talents that span far beyond just making our sides split with laughter. As well as acting in a staggering 59 films and TV shows, Rock is also a writer, documentary maker and producer, with his show Everybody Hates Chris running for 88 wonderful episodes. He's simply a force of nature, and the kind of individual that the Academy regularly laps up. Just look at how they fawn over someone like Ben Affleck, who has produced, starred in, directed, and written a number of Oscar recognized projects (but let's all just be thankful that he's never taken a hand to stand-up comedy. Woe betide).

Whilst it seems unlikely that Rock's world view would stand him in good favor enough for one his projects to be worthy of one of those hefty gold statues, this is their own way of rewarding him. And, whilst the Oscar stage can be an alienating place for a performer who has yet to receive a single accolade from them, it's the perfect place for someone who can negate uneasy political climates through humorous criticism. Rock can deal with multiple great elephants in the room in a way that very few other comics can because he has the sort of broad, diverse experience which adds value to his comedic attacks.

Rock did formerly host the Oscars back in 2005, and, in that year, the show appeared to be relishing diversity with nominations which included five non-white actors (specifically: Morgan Freeman, Sophie Okenedo, Don Cheadle and Jamie Foxx, twice) and an opening monologue which saw the camera linger, lovingly, on the faces of black actors as they beamed proudly back at the stage.

Somehow, Rock's hosting performance that year has lived on in infamy as one of the "worst" that the Oscars has ever featured. This is, as publications like Indiewire point out, due to uncomfortable silences following jokes, and the occasional awkward stuttering between sentences when a joke failed to land.

The truth is, though, that Rock was perfect that year — perfect for those of us watching the show from our living rooms, desperate to see more diversity and recognition of diversity in Hollywood. His jokes may not have landed with the Oscars audience at the time, but, in retrospect, his jabs at everything from Jude Law to then-POTUS George W. Bush were designed to be appreciated by audiences at home.

Considering his hosting gig in 2005 wasn't well-received at the time, though, it might seem surprising that he would be invited back to host again. But, when you think about it, it's really not.

After the horrifying lack of diversity amongst Oscar nominees in 2015 produced a ton of (much-needed) bad press for the show, it was clear that the 2016 Oscars would do what it could to alleviate things. Asking Rock to host feels like the entertainment world's version of an old white dude trying to prove they're all about diversity. Though Rock is undeniably one of the greatest comedians of our time, the Academy's decision to hire him as host is a transparently cynical one.

Still, I'm not complaining. I, for one, will savor every joke that he has in his armory — and hope this is the start of more diversity in awards shows to come.