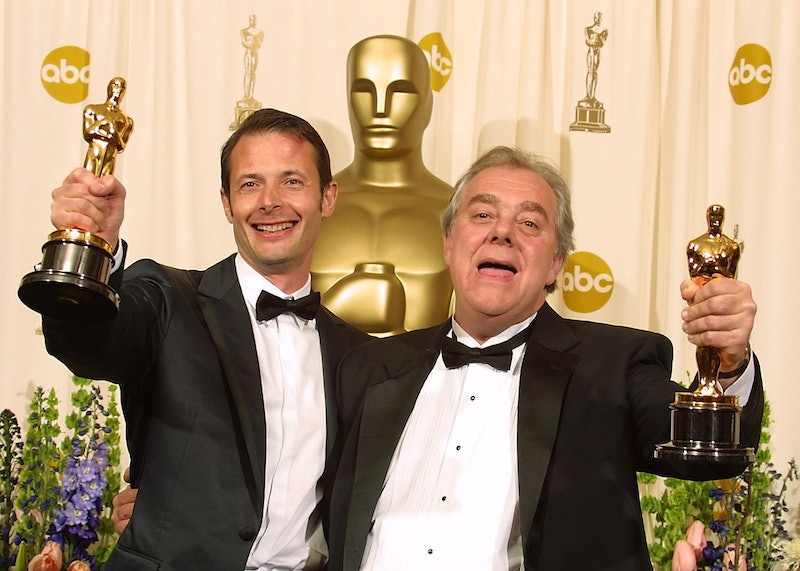 I'm going to be cynical for a moment and admit that I wasn't holding out too much hope when it came to having a 2015 Oscars Award Ceremony that wasn't, well, almost completely white-washed. Sure, there was a lot of diversity at the Golden Globes, but much of that came from the television element. Without that element, the Oscars was practically guaranteed to just be a casual list of the best Caucasian actors in Hollywood. Thus, it comes as no surprise that the list of nominees for the 2015 Oscars is overwhelmingly, depressingly lacking in diversity. The truly shocking thing is that not a single non-white actor was nominated for an Oscar for the first time since 1998.

That's right. Our worries that 2015 would bring us the whitest Oscars ceremony were pretty dead on. However, perhaps even sadder than the fact that this is the first time that no non-white actors have been nominated for an Academy Award since 1998 is the fact that this isn't even the second time that this has happened. In the last 30 years, the acting categories have been completely clear of non-white nominees five times: once in 1989, once in 1992, once in 1996, once in 1998, and now in 2015. Can you blame people for being outraged?

Quite honestly, I find this news more disappointing than I do shocking. Not just because it isn't the first time that this has happened in the last three decades, and not just because this is 2015 and racism this glaring can still occur. I find it disappointing because this is a pattern of behavior on the part of the Academy that has received absolutely no punishment or consequences. As many people as there are expressing their outrage right now, there are just as many people screaming in joy over their favorite Caucasian actor getting a nod, or their favorite Caucasian-led films getting a snub. And everyone is going to tune in to the Oscars in February regardless of how many people of color are noticeably absent from the nominees list.

Even worse, it feels as though it doesn't even matter if the Oscars give a nomination to people of color or not. The percentage of actors and actress of color who actually take home the statuette they've been nominated for is depressingly low. In the last 30 years, only 12 of those years featured a person of color winning against their white counterparts in the category they were nominated for — and two of those years were simply repeat wins for Denzel Washington. I had high hopes for the 2015 Oscar nominees, not just because I forgot that something like this is even within the realm of imagination, but also because 2014 was such a stellar year for diversity. Think back to the 2014 Oscars ceremony, for example.

The 2014 Oscars were a landmark ceremony because of a name we all know well by now: Lupita Nyong'o. In her very first mainstream role in 12 Years a Slave, and after losing the 2014 Golden Globe to Jennifer Lawrence, Nyong'o managed not only to be nominated for an Oscar up against Lawrence but to also take the more prestigious award home. Considering the fact that Lawrence is a media and critical darling, this was the most surprising and heartwarming victory of the night. Not to mention Nyong'o was in good company among the acting nominees — Chiwetel Ejiofor and Barkhad Abdi were on the list for Best Actor and Best Supporting Actor respectively, even if they lost in their categories.

The rest of 2014 was a goldmine of African-American offerings, from the musical Annie to the historical drama Selma to the romantic Beyond the Lights. Whether you enjoyed those movies or not, the fact still remains that there were plenty of works featuring strong performances from people of color for the Academy to choose from in 2014, plenty of works that were completely snubbed in order to hand out more gold statuettes to white actors. And it's not as though the films aren't critically acclaimed or that the performances of the actors therein haven't received considerable praise even from people who didn't otherwise enjoy the film. So why, in 2015, is it still acceptable for the Oscars to leave people of color off their nominees list entirely and still be reasonably sure that people will tune in to watch the ceremony anyway?

Be outraged. Be appalled. Complain. Criticize. Call the Academy Awards to task for this glaring, jarring, unacceptable snub of actors of color. This is the fifth time in 30 years that the Oscars haven't nominated a single nonwhite actor for an award. And, even when they do, it's more likely for them to lose in the category than they are to win. The Oscars might have dropped the ball on recognizing the phenomenal work of people of color, but we're complacent in that subtle racism when we don't raise our voices to say that this nonsense will no longer stand.