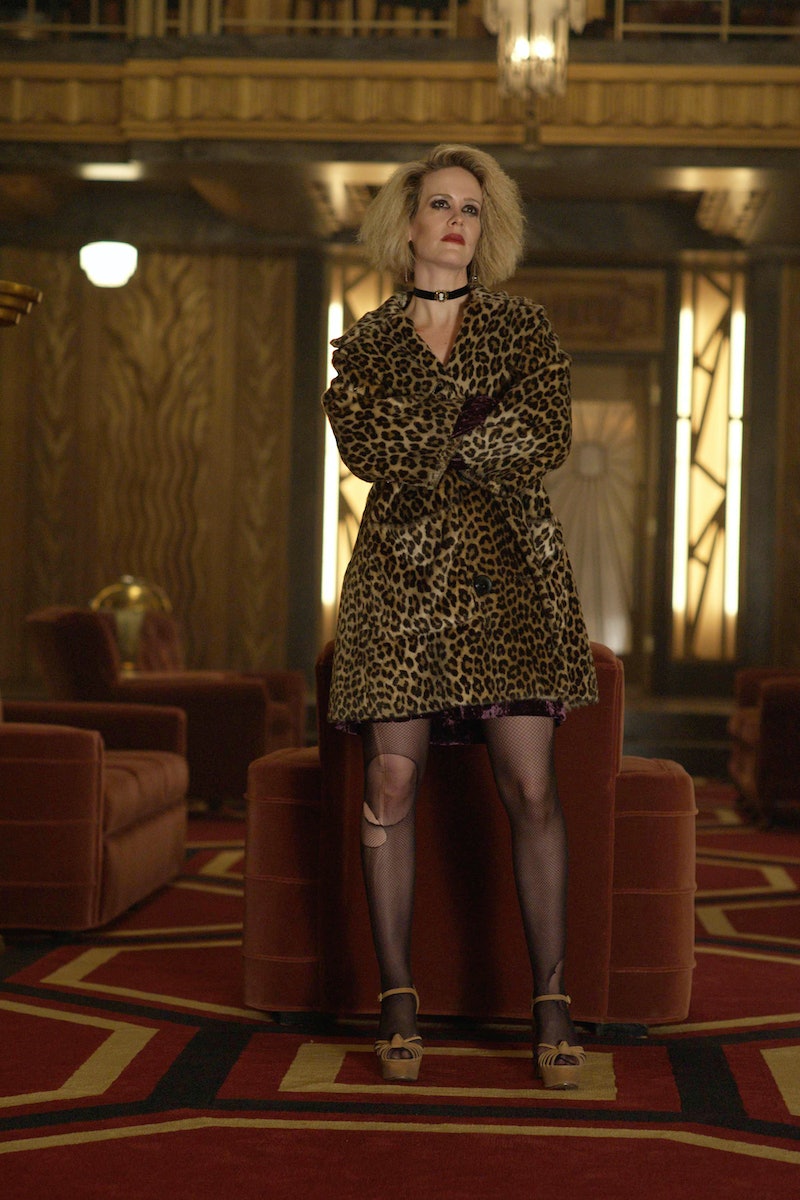 One of the biggest questions that American Horror Story: Hotel has presented so far is the unknown identity of the 10 Commandments Killer. And when you've got a hotel that's chock-full of psychos and murderers, narrowing that list down can be a pretty exhausting (and nearly impossible) task. But after seeing Sally's behavior during Wednesday night's episode "Mommy," it's possible we may have gotten a break in the case. When Detective Lowe confronted Sally about what happened to Max Greenfield's character during his stay at the hotel, she mentioned something about how it wasn't as bad as breaking one of the 10 Commandments. But does this necessarily mean that Hypodermic Sally is AHS: Hotel 's Ten Commandments Killer?

While I'll admit that this definitely feels like a red herring, given just how obvious and guilty she was making herself out to be. Plus, there's the fact that I don't think she's allowed to leave the Hotel Cortez due to the fact that she's a ghost. But that doesn't mean that Sally isn't somehow completely immersed in all the terrible things that are going on throughout this season, both inside the hotel and otherwise.

Take, for instance, the whole Addiction Demon story arc. She has a strong connection to this creature and perhaps even controls its actions. We don't know how and we don't know why. (This hotel's ghostly rules are super confusing, you guys.) But she definitely doesn't have a problem with seeing others in pain — almost as if she's projecting her own demons onto others. Because if she has to suffer, then so does everyone else. So while she may not be the 10 Commandants Killer, she may be the puppet master pulling his/her strings. If I were Det. Lowe, I'd avoid any future make out sessions with her in the future. Something tells me it would only end badly for him.