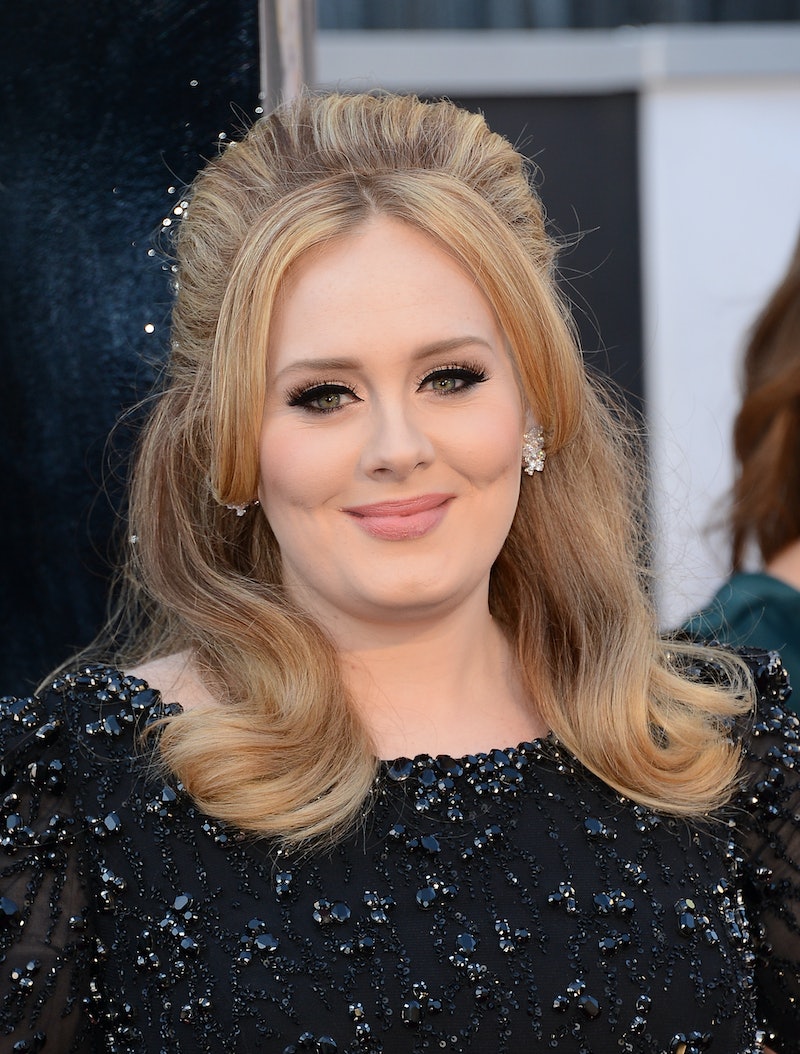 Your Thursday is about to get a whole lot better, because the moment we've all been waiting for is finally here. Adele has confirmed the release date for 25, her first album in almost five years, on her Instagram page. After releasing her first snippet of new music via a UK TV commercial last weekend and only solidifying the album's title on Wednesday, the news that 25 will be released on November 20 is (literal) music to my ears, and to the ears of her millions of fans that have been anxiously awaiting new music from one of the best singers of our generation for way too long. Oh man, I'm freaking out!

While Adele didn't give any further details on the album such as a tracklist or even a pre-order link, as many artists do, she did post a new photo which may or may not be the album artwork (pure speculation) to social media on Thursday morning, sending the Internet into a frenzy once again. It stands to reason, considering how Adele has been releasing small details on a daily basis this past week, that we'll get more information leading up to 25 actually coming out, but even if we don't, at least we know we have new Adele music to look forward to in less than a month.