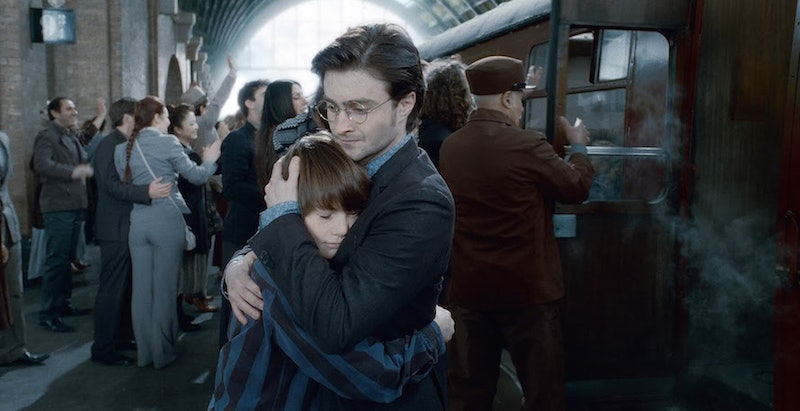 For weeks now, poor J.K. Rowling has been playing traffic cop on Twitter, explaining that her upcoming Harry Potter play is not a prequel. Only today did she finally reveal that The Cursed Child is about Harry Potter's son, Albus Severus. Which makes this — GASP! — a sequel. Rowling revealed on Pottermore that the two-part play will feature a cast of 30 and pick up where Harry Potter and the Deathly Hallows left off, right after Harry and crew drop off their adorable brood of magical offspring.

So what about Albus Severus is so "cursed"? Rowling explains:

So basically, this is 934 percent more exciting than the prequel we all kept badgering (how Hufflepuff of us) her about. Christmas has come early, except this is the kind of Christmas where we're all about to try to fly to London to see this and become broke AF.

I don't know why in all of our Internet musings, none of us thought this could be a sequel. I personally read the words "All was well" and believed that, well, all was well. But I discounted the very real angst of teenage-hood that no doubt poor Albus Severus (saddled with arguably the worst name of all time) must be feeling. We'll have to sit tight to hear more details — which characters are going to be cast, how many years the play is going to span, and whether or not Albus is literally "cursed." In any case, get ready for some Book-Five-level angst and some massive West End pandemonium when this play comes out in 2016.