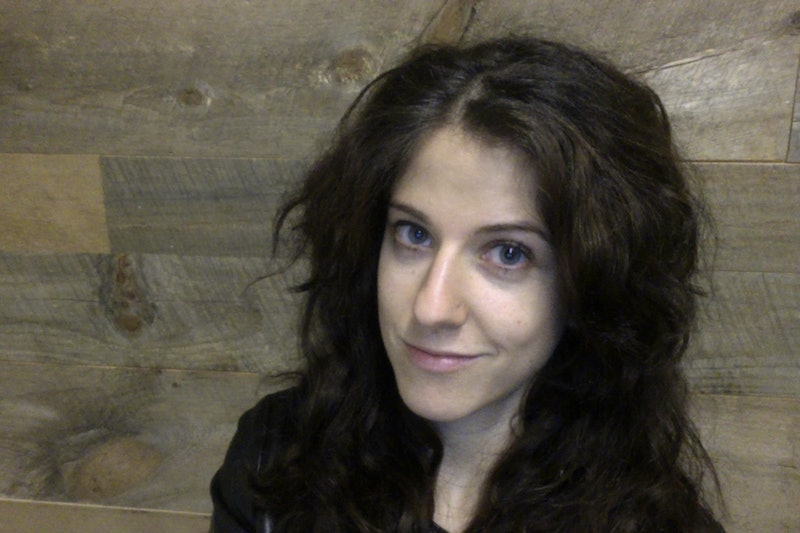 I stopped smoking weed for the last month mostly by accident. It wasn't a conscious decision on my part, and until I saw a study released Friday which found that marijuana use and abuse has doubled since 2001, I wasn't even sure I was going to write about how temporarily abstaining from weed has affected me.

Reading that list, I'd say that I qualify, based on numbers one, two, and (my partner would argue, perhaps) seven. Would I say that I abuse marijuana? No. I smoke around once a week — twice at most — and because I strongly prefer it to alcohol, I use it mainly as a substitute for having a drink at a party or after a particularly stressful day.

What's more, I have aggressively advocated that more young women try smoking weed as an alternative to getting drunk. I am of the bias that marijuana is the thinking woman's poison; its potential for emotional, sexual, conversational, and creative stimulation has always been much greater than alcohol's for me. It is important to me that I be "out" as a weed smoker and a successful woman on a platform like Bustle, because I think it is ridiculous that this drug is still stigmatized when it is clearly so much less dangerous than drinking. (One study found it to be 114 times less dangerous, to be exact.)

Beyond that, I happen to enjoy it.

Some of the most memorable moments of my young adult life have happened when I was high. The time I crossed the Manhattan Bridge going back to my dorm at NYU and had a scarily-accurate vision of myself living in Brooklyn in my late 20s. The time I celebrated Passover by watching The Prince of Egypt while stoned with my cousin and discussing the meaning of our Jewish identities. The time I'd flown all the way to Denmark to visit a lover — and he came out to me as gay (a whole other story, that one). Many of my best conversations with friends, my most creative ideas as a writer, and my most honest emotional moments with lovers have happened high. I think weed is a wonderful drug, and I always will.

But in the last six months, I'd noticed that I was leaning on weed to heighten already-pleasurable experiences — and to prompt my own creativity and relaxation. My partner Jesse joked that I was "a little addict" when we stood in line to see music and I demanded he turn on the vape once I smelled people lighting up around me, or when he left me alone for the evening and returned to find me stoned and bashful, trying to conceal the fact that I was high.

I found that I was starting to hide my smoking from Jesse — a man who rightfully prides himself on rolling one fine joint, by the way — because I knew I was starting to consume weed in a way that was problematic for me. My consumption hadn't increased dramatically — maybe twice a week, at most, was all I was smoking — but every weekend, every concert, every party meant that I needed to get high in order to have fun and truly relax.

Like many recreational stoners, I've gone through phases like this before; phases where I seem to need more weed to alleviate my anxiety or enhance my enjoyment of life, followed by periods where I'm so busy that I seem to forget to smoke at all. The fact that for the last month I have mostly accidentally abstained from weed is nothing new; what is new is that I've consciously recognized the effects this has had on my focus, writing, and ambition.

It's a chicken or the bong situation. Did I stop smoking weed because I started writing more and feeling more driven at work? Or did I start writing more and feeling more driven at work because I stopped smoking weed? It's hard to say. But I can report that in the last month, I've been writing with more regularity and focus than I have in years. (I've also been meditating nearly ever morning and trying to develop a morning routine, so that could have as much or more to do with it.) I've also been feeling more settled and relaxed in my relationship. In the last month, I've felt less of a need to heighten my life, or to dull certain edges to uncover new ideas, because the ideas are already flowing, and I want to focus on them.

Science would argue that my increased focus does have more to do with my reduced consumption than the marijuana activist in me would care to admit. As Bustle's own Seth Millstein put it in an article (which I assigned, obviously) about whether weed is bad for you,

"Numerous studies have concluded that early marijuana use, particularly during the teenage years, has measurable effects both on brain structure and cognitive performance. In a 2013 study published in Oxford University Press, researchers observed 'cannabis-related shape differences' in numerous parts of the brain in marijuana smokers, and 'subcortical neuroanatomical differences' between those who smoke and those who don’t. It also found that people who smoke marijuana have poorer working memory, a conclusion that’s been backed up by other studies."

I have to admit that I've felt more focused this past month. What is clear to me now is that marijuana advocates like myself need to continue to admit that weed can have these dulling affects, and that being pro-legalization doesn't mean that you believe this substance can't be abused. You can love weed and still admit that it sometimes makes you dumber.

When I was in college, I often heard adults in their late 20s and early 30s say, "I used to smoke weed, but then I just stopped wanting to so much." I'd translate this in my head to "and then I gave up and became boring." Now, I realize that they might have just become more settled and focused in their own lives, or generally stopped craving it for whatever reason.

Who knows how long this hiatus will last. It's very possible that I'll end my fast this weekend — that's just how suggestible I am when I start thinking about getting high. What I've learned from abstaining for the last month, however, is that I need to be careful about why I'm smoking. It's fine if I occasionally partake just to escape or alleviate my anxiety; that's what substances (used in moderation) are usually for. But I'd like to do my love for Mary Jane justice. I want to continue to appreciate her emotional and creative impact on my life, rather than simply use her to feel something when I'm depressed. If weed is the thinking woman's poison, then I guess I'd better continue to think if I want to continue to poison.