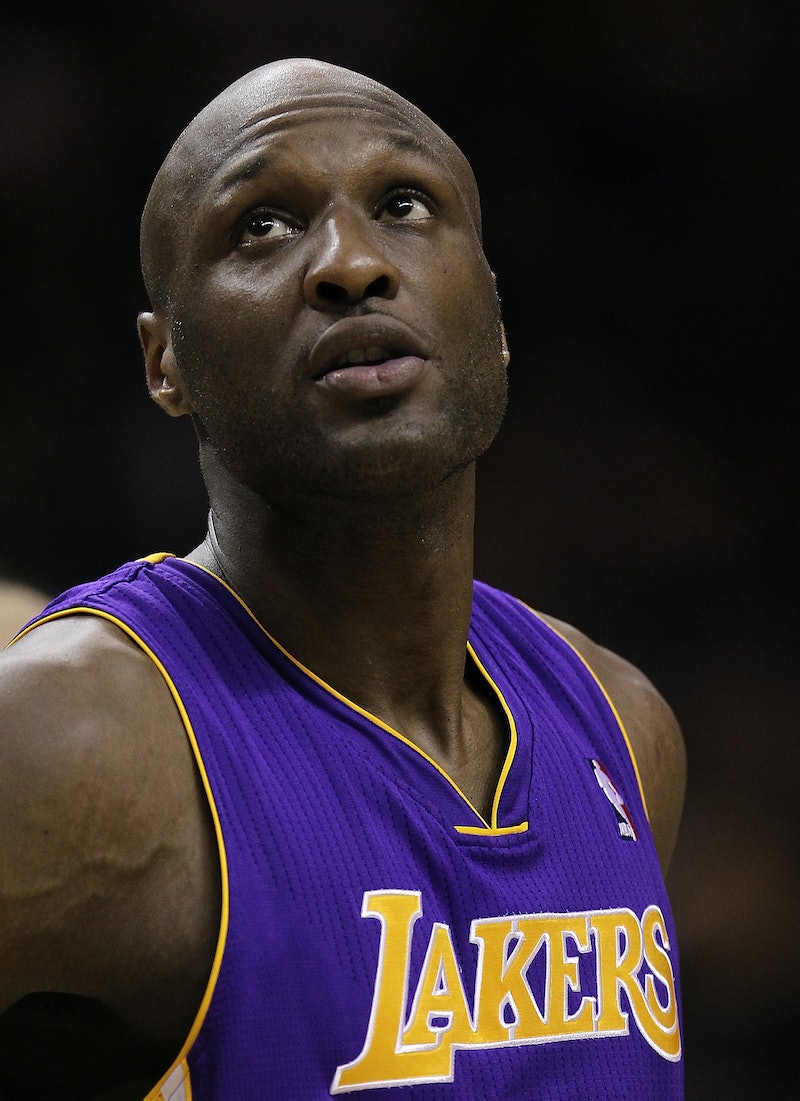 More details continue to be revealed about Tuesday, Oct. 13, the day Lamar Odom was found unconscious at a Nevada brothel. According to search warrant records obtained by the Associated Press, authorities are claiming they suspect Lamar Odom overdosed on cocaine and other drugs, the AP reported on Thursday. "I believe that Mr. Odom may be — or may have been — under the influence of a controlled substance," Michael Eisenloffel, a Nye County, Nevada sheriff detective, told Fifth Judicial District Judge Robert Lane on Oct. 13, according to the search warrant records. Bustle has reached out to Odom's rep for comment on this report.

According to the AP, witnesses allegedly saw Odom on a security video "taking an unidentified pill from an unmarked plastic bag in his pocket, and two prostitutes told police they had 'vague knowledge' that Odom was using illicit narcotics." The prostitutes also reportedly told police officers "they believed," according to the AP, that the former NBA player snorted cocaine in a bathroom when they were in an adjacent bedroom, per the court records.

Police were given permission by the Nevada judge who issued the search warrant to obtain a blood sample from the Keeping Up With the Kardashians star after he was taken to the Las Vegas hospital. They are still awaiting the test results.

With that said, Odom's aunt JaNean Mercer released a statement Thursday commenting on her nephew's recovery. She said,

To our overwhelming delight, Lamar's courageous improvement continues on the incline in Los Angeles. He is beginning to gradually flourish both mentally and physically. His use of speech has increased and he's more cognitively responsive. His medical team has executed an aggressive therapy regimen to aid in his progress.