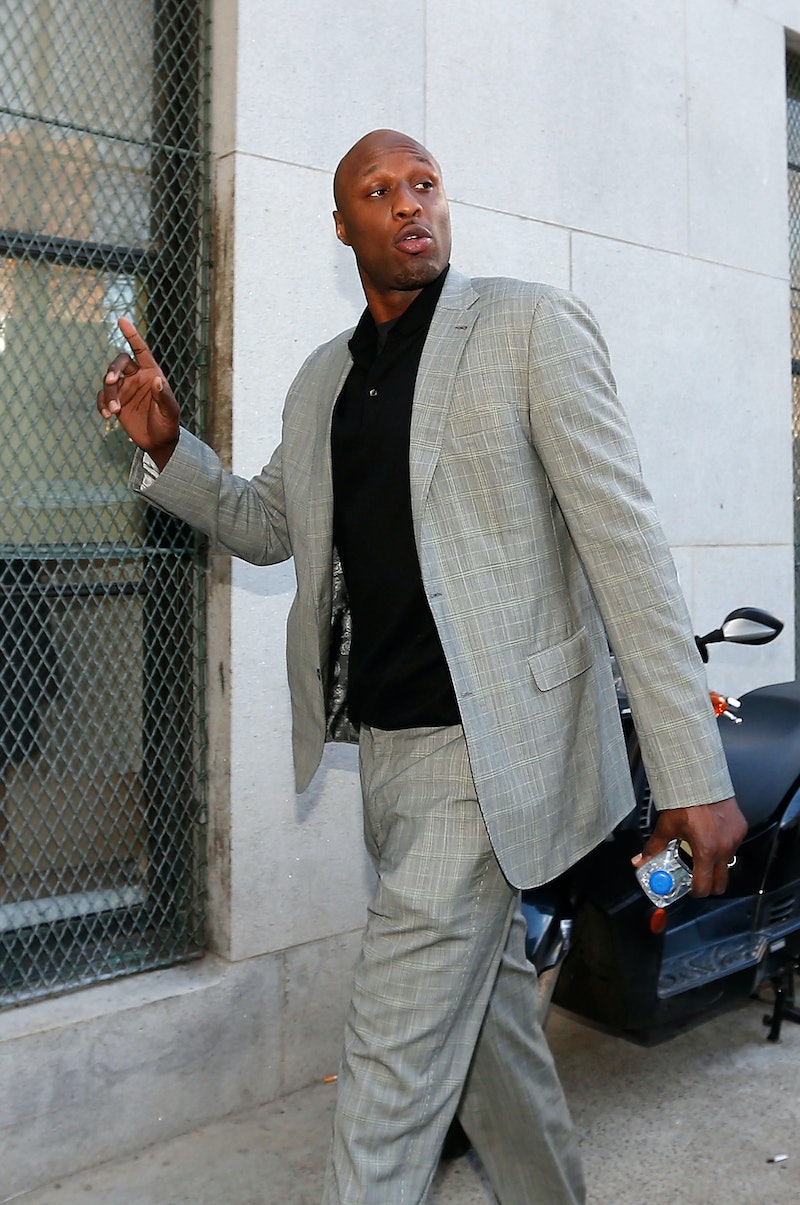 Sad reports concerning Lamar Odom are surfacing. Just a few months after the former NBA star and Khloe Kardashian finalized their divorce, TMZ is reporting that Odom was found unconscious at Dennis Hof's Love Ranch South in Pahrump, NV. According to the site, the athlete is "fighting for his life." Bustle has reached out for comment but has not heard back yet.

(Update #1: According to a tweet posted by USA Today sports reporter Jeff Zillgitt, the Nye County, Nevada Sheriff's Office released a statement on Odom. Read the entire statement below.

Update #2: According to E! Online, Odom's condition remains "critical," and he reportedly has yet to regain consciousness after he was transported to a local hospital.)

Sources allegedly told TMZ that Odom had been at the ranch for a few days and was seen partying with girls. Hof claimed to the site that on Oct. 13 a woman entered Odom's room in the VIP suites and allegedly found him unconscious. When she rolled him over, she reportedly found fluid streaming from his mouth. A source told TMZ that Odom was reportedly taking an "herbal substitute for Viagra" during his stay at the ranch.

Odom was reportedly taken to a hospital, where doctors intubated him, which suggests he might not have been able to breathe on his own. TMZ also reports that the former basketball player is being airlifted to Las Vegas for further treatment.

Back in September 2013, Odom denied having a drug problem. He reportedly left a rehab facility after only staying for one day back in 2013. Later that year he was sentenced with three years of probation after he was charged with driving under the influence. Back in 2014, Kardashian even cited living in "dark" house with Odom as a reason for her brother Rob Kardashian's personal struggles. The exact cause of Odom's reported health scare has yet to be confirmed.

The story is developing.