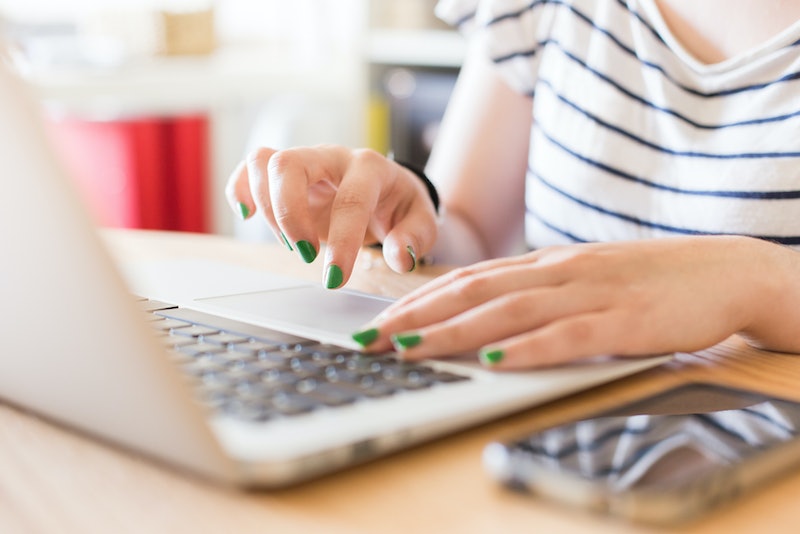 No one likes to be cheated on, but the fact of the matter is, it happens. With social media, dating apps, and sites catered to people looking for affairs, it’s not hard to see why many people blame the internet for infidelity. But is the internet really to blame? According to a new study, yes, it totally is. The internet has not only made cheating easier, but also addictive.

Psychology professors, Andreas Vossler and Naomi Moller from The Open University conducted an anonymous survey of Brits who have experiences with virtual infidelity. As a whole, many of those surveyed believe that technology has definitely made cheating easier, with one participant even likening it to fast food.

As one unfaithful subject wrote on the anonymous survey, “I tried to stop but neither of us could…with all the technology we carry around it was an amazingly comforting and sexy thing to have. With long working hours, an online relationship is like fast food: ready when we are, naughty, cheap, very often eaten alone without the exhaustion of social niceties.”

The researchers also discovered that people see internet infidelity differently based on individual experiences. What one person might consider to be casual chatting, their partner could view as disloyalty.

“With the internet and social media now being part of everyday life in the Western world, there are growing opportunities for partners to engage in online behaviors and activities that may be considered unfaithful in the context of a committed relationship,” Vossler said in the study. “This matters because infidelity commonly causes significant relationship distress and can have a negative and deteriorating effect on marriages and families.”

Both Vossler and Moller note in their study that there’s still a lack of information on online behaviors and internet infidelity. But Moller suggested that those in longterm committed relationships should think twice about what they’re doing on social media. If you feel like you have to hide what you're doing from your partner, then there's a good chance you're doing something wrong.

With that, here are six facts about online infidelity you should know.

In 2011, a study conducted by Divorce-Online, a UK-based legal services firm, found that over one-third of divorce petitions in that year cited the word “Facebook.” Acording to the study, the top three reasons why Facebook was cited in divorce petitions were:

2. Online Affairs Can Be Just As Bad As Real-World Affairs

According to the American Psychological Association, even with a lack of in-person contact, online affairs can spur on feelings of insecurity, anger, and jealousy. While men have been known to cheat more than women, Katherine Hertlein from the University of Nevada in Las Vegas told the APA, “That is starting to even out in part because of the equality of opportunity that the Internet brings to everybody.”

According to the 2008 study published in the Australian Journal of Counseling Psychology, about 71 percent also said cybersex with someone other than your partner counted as cheating.

4. Online Affairs Not Only Contribute To Divorce, But Also To Child Custody Battles

A 2008 study published in the Journal of Marital and Family Therapy looked at eight previous studies of internet affairs and its negative effects. As the researchers found, negative effects included less interest in sex with their partner, a neglect of work, as well as time lost with their children.

The same 2008 study found that while two-thirds of participants reported to meeting their online partners for sex, only 44 percent reported to using condoms.

More like this
The Best Time To Date After A Breakup, According To Experts
By Bustle Editors
20 Things You Should Never Tolerate In A Relationship
By Rachel Sanoff and Kathleen Ferraro
12 Ways You're Sabotaging Your Love Life
By Teresa Newsome and Lexi Inks
Your Daily Horoscope For August 12, 2022
By Mecca Woods
Get Even More From Bustle — Sign Up For The Newsletter