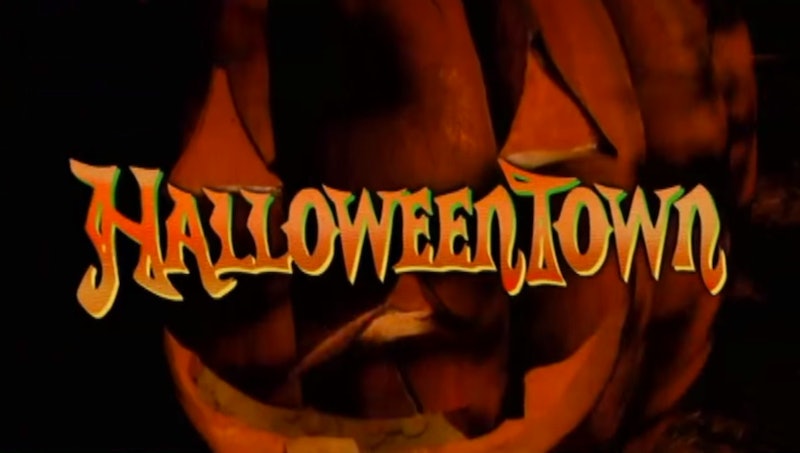 There aren’t many things that have endured the test of time in our ever changing hectic, digital universe. But there is one thing that has braved the new world like a '90s renegade. What is it, you ask? Well, it’s the incomparable Disney Channel original movie, Halloweentown , of course. What did you think I was going to say? The movie premiered back in 1998, and, while I have had it playing in the background during pretty much every Halloween season since then, I hadn’t been paying it too much mind. This year was the first time in a long time that I actually sat there and really, truly watched it.

There are a plethora of emotions and thoughts that run through you when watching a movie that has been a staple in your life since the age of seven. But, more so than the nostalgia, is the new lens you view it from. Obviously, I’m not the same impressionable and naive second grader I once was, and it’s a bit harder for me to blindly accept and/or not acknowledge when the movie gets, well, a bit wonky in places. Hey, nothing’s perfect though, right? It’s still an absolute classic and will go down in history as one of my favorite Halloween movies, despite the slight disillusionment.

Here are 17 things you notice about Halloweentown when you re-watch it as an adult.

Yeah, no. Maturity has not changed my opinion. Strengthened it, if anything. Loosen up a little, will you? Also, why the hell does teenage Marnie have the same bedtime as little Sophie? What kind of crazy, tyrannical household is she running exactly?

2. In Almost 2 Decades, Halloween Costumes Have Not Gotten Any More Inventive

Like Marnie's unimaginative friend on the left, I was a witch last year. ...It's even my profile picture.

3. As Adults, We Are All Dylan

4. This May Have Actually Been A Social Commentary On Helicopter Parents

Oh, you don't want to let your kids celebrate Halloween? That's cool. They're just going to get on a flying school bus that's traveling to another dimension and put themselves in mortal danger, anyway.

Like, OK, maybe she wasn't exactly the most responsible person, but she had a bag full of candy and Halloween props and she can do magic, so...

6. School Buses Were Barely Made For Driving, Let Alone Flying

The turbulence in that thing? Woof.

7. When It Comes To Relationships, Careers, And Witch Prophecies, Grandmas Are Never Subtle

8. Sophie Is Actually The Little Girl From Poltergeist And Also Matilda, Depending On Her Mood

I could be wrong, but I don't think there's roadside assistance if something goes awry.

10. Gwen Wouldn't Let The Kids Trick-Or-Treat, But Apparently Had A Laissez-Faire Approach To Them Divulging Very Important Info To Complete Strangers

11. Obvs, Sophie Was The Only Cromwell Kid With Sense

You deny that lollipop, girl. So gross.

Like, his eye socket narrowing and nonexistent eyebrow furrowing wasn't an immediate indication of evilness to anyone but the elementary schooler?

Ugh, it's hard out here for a little sis. Sophie 4 Prez.

With an extremely generous fare rate.

That's the moral of the story, guys. I'm certain of it.

15. Gwen Was Clearly The Outcast From The Get Go, Considering She Was The Only One In The Family Who Didn't Rock Bangs

One of these things is not like the other:

OK, I'm being harsh. She redeemed herself at the end once she was done denouncing her familial roots.

I sure as hell wouldn't come for a werewolf, that's all I'm saying.

Honestly, he wasn't that bad of a guy in the end, though he still did some pretty evil and underhanded stuff to look handsome. This is a lower scale catfishing, if you will. One that's mostly just the kind that promotes misleading Tinder profiles making you guess who is the actual Tinderer in a series of group pictures.

The most important thing I noticed while re-watching Halloweentown as an adult, though? That it honestly never, ever gets old.